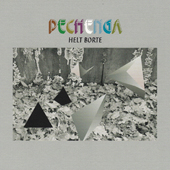 I’ve been assembling a spotty thesis about a post-9/11 ambient and drone renaissance ever since being casually destroyed by Keith Fullerton Whitman’s Lisbon (2006)—still the defining statement of the genre’s last decade. But others—principally, at least in my mind, Tim Hecker, William Basinski, Yellow Swans, Sun O))), Stars of the Lid, Kyle Bobby Dunn, Ben Frost, and Emeralds—have contributed to the sense that ambient music is building to something important, perhaps a breakthrough moment. Breaking through to what, exactly, I’m not sure, as the forms of mainstream success enjoyed by genres that, um, employ rhythm for one thing, just don’t apply here. Ambient and what seems like the entire thrust of modern music listening are together like two people communicating in the dark via sign language. You’re not going to hear Yellow Swans’ cacophonous sublimity anywhere else but on their album. That’s part what makes ambient so relevant right now.

So what to do when you’re given something as pedestrian as Pechenga’s Helt Borte? There remains something bubbling on the peripheries of the culture trust’s vision, but surely an album so predictable as this can’t be a part of it. At the center of ambient’s significance is the combination of its best albums’ tonal appropriateness for our times and a detection of intentionality that borders on the political. Ambient is punk in its purposefulness. This evokes the moment in which the genre itself was created; it was conceived in its modern form by Eno as an academic exercise, a gesture of protest against what was happening in music, and so holds in its DNA a supreme irony, a sense of humor, a rigorous intellectualism, a social engagedness, and unbound imagination. The appeal of ambient and drone is that its potential for cerebral abstraction is so great. Helt Borte seems to espouse none of these qualities. I point no further than to “Gitaro,” which is a song about and containing a lazily plucked guitar.

It’s not that duo Rune Lindbæk and Cato Farstad haven’t got a soundly constructed and traditionally understood ambient record on their hands; if anything, it’s too classical, feeling more Tangerine Dream than anything else. Worse than an album that tries and fails at ambition, songs like “Snowflakes” and “Domen” are placeholders of epic new age cheese—but not in the way that Emeralds give us epic new age cheese that undermines the whole notion of that being a bad thing. “Ununoktium” and “Helt Borte” have promise, sounding at first like the introduction to one of Hecker’s dark melodies, but they never establish that undercurrent of dynamism that distinguishes all good ambient from a random assemblage of tones and textures. The songs flounder with little purpose, less invested, it seems, than even a Buddha Machine’s brain-dead looping.

Helt Borte is just so literal that it over-relies on its spare aesthetic decisions, and in those the duo seem to do so little to recover the project from the doldrums of the genre’s least expansive tendencies. In doing so, Helt Borte sounds like an album out of time and place, totally out of step with where the pioneers of the genre are marching. Such a disconnected project isn’t just a shame given the situation ambient music finds itself in today, but seems unaware, in a particularly ironic way, of why ambient music became a necessity in the first place.