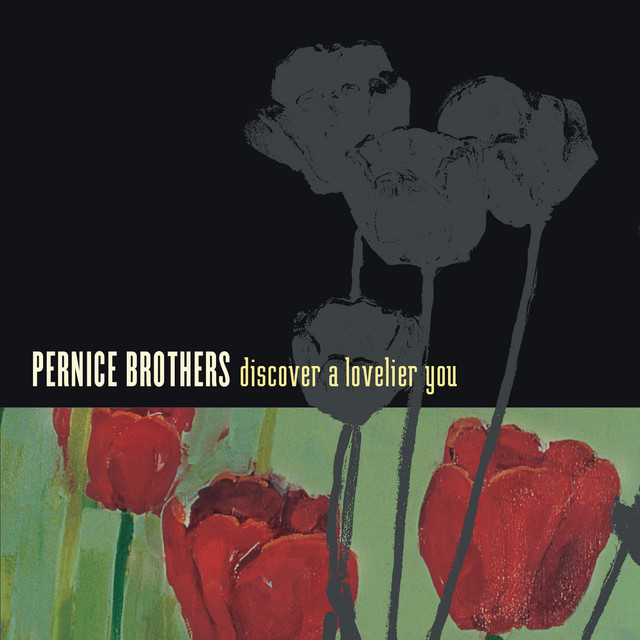 Discover a Lovelier You

A couple of years ago I got the chance to interview Wheat, a rock/pop trio from Massachusetts, at a crowded bar-n’-grill in downtown Toronto. It wasn’t long after the release of 2003’s terrible Per Second, Per Second, Per Second… Every Second. I’m sitting there, my editor-in-chief’s tape-recorder rolling, expecting fodder for a completely useless "SELL-OUT!" piece aimed at a harmless band (really, they’re three of the nicest guys you could ever hope to have beers with while a major label rep idly sits by) for no real reason other than feeling cheated as a fan. And being put through stories about touring with Liz Phair, Dave Fridmann blasting their "Some Days" vocal as "Britney Spears territory" and how the best advice they ever got was "in-time and in-tune, guys. In-time and in-tune."

Maybe it was the drinks, maybe it was Scott Levesque’s hypnotically wild mane, but I just couldn’t do it. I’d actually really liked their previous record, Hope and Adams, and no matter how much I wanted to blatantly cut them off and say, "but, no, really, WHAT THE HELL IS GOING ON!?" it didn’t happen. Because, as I was quickly coming to realize, the record really wasn’t actually a shot at selling out or "global domination" (stop writing this about Coldplay, please); it became clear fairly quickly that they’d simply evolved into a really boring, but charmingly sincere, Dawson’s Creek-pop group. They weren’t purposely dumping one fanbase for another, they just started to become very precise, very uncluttered, very…boring.

These things happen all the time, of course. Groups turn to shit for no rhyme or reason other than getting older and enlightened/sentimental/burned out/rich. Subtlety and lyrics like “fuck you till your dick is blue” (Phair, not Wheat) turn into "someday love will take its time" and Liz Phair. Wheat go from an exceptional lo-fi pop group to a stale Gin Blossoms. From a band that refused to get their picture taken to painting one-word slogans on their hands and posing for pictures of themselves laughing so hard at a picnic table that they have to lean on each other and/or the table for support:

What is there to possibly relate to anymore? Good times at picnic tables? "You needed an alibi / But I was inside and high"?

The same year we effectively lost Wheat (RIP), the Pernice Brothers, fronted and almost universally written by brother Joe, gave us the stellar Yours, Mine & Ours, extending a run that was now five years and four albums in. They’d always balanced accessible pop and indie-rock better than any band since Teenage Fanclub (as long as we’re talking about disappointments, what the hell is up with Man-Made?), and Ours, while lacking some of the depth of The World Won’t End, was perhaps their strongest yet. It was catchy without forfeiting atmosphere—an easy and kind-of-glossy listen that, surprisingly, doesn’t turn violently annoying. Basically, everything a record like Hope and Adams hoped it would grow up to be.

Now, I’m not trying to say the Pernice’s newest record, Discover a Lovelier You, is a Per Second-level drop in quality/style. It’s not one of those albums that signals the end of an artist, it’s not a Make Believe, and it’s not the first really terrible album Joe Pernice has written.

But it is his first unmistakably average one. Overcome by Happiness-through-Ours set us up big time, and I doubt many are going to be satisfied with the deflated climax. The band’s sound is practically unchanged; there’s still the same processed-everything production, it’s all still mid-tempo so Joe can harmonize with himself relaxingly, and it’s pretty much all still music you’d hear during a Farrelly brothers movie while some rubberfaced idiot drives down an open country highway.

So what’s so wrong that I’ve got to set you up for a huge "but…"? What’s missing? Melodies. A hook. Hell, even a short tangent that we don’t see coming would’ve been nice (like that Stereolab-ish bridge he threw out on "How to Live Alone"). When you expect a song like "My So-Called Celibate Life" to finally get awesome, it just regurgitates what you’ve already heard before while jamming on Edge riffs. The songs rarely go anywhere, and the few attempts at beefing up the abnormally subpar songwriting aren’t overly successful ("Saddest Quo’s" harmonica an exception). "Sell Your Hair" replaces the usual chorused guitars with well produced keys, chimes and, eventually, layered harmonies, and though it’s at least some noticeable variation for the record, it’s a challenge to remember. Likewise, "Pisshole in the Snow" sticks out, but only because of its arrangement (practically just Joe and an acoustic, hand-picked like a slower version of the Shin’s "Things to Come"); it’s a very pretty song, but, again, opts to just repeat itself. You can see how frustrating this can get.

Really, only "Amazing Glow," "Snow," and "Red Desert" would’ve stood out on Yours, Mine & Ours. "Amazing Glow" is one of the best songs the man’s written, with more momentum behind its pre-chorus than the entire four songs that preceed it. Like "Snow," its chorus doesn’t sound inconsequential, and the entire thing is infinitely more memorable than the dumbfounding "Dumb it Down" or the wasted opportunity of Blake Hazard duet "Subject Drop." "Red Desert" gives the record’s last half something to stick around for after "Glow"; it sounds the most like Yours, Mine & Ours and the chorus is awfully nice, even if it—you guessed it—immediately leads into a tired solo. And then repeats itself. The twist? Tons of spoken word.

To recap: Wheat used to be good but now suck and smile a lot, at least four of the songs on Discover a Lovelier You are boring before they’re over the first time, and even "Snow" is starting to wear thin after about two months (it leaked way before promos went out, give me a break). "Amazing Glow" will likely sound just as good in a year’s time, but it might just be the only reason to revisit an album that does the exact same thing as their previous records, only not as well. I’m not giving up hope quite yet, but cross your fingers Pernice fans, the next one might not be so average.