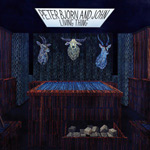 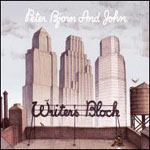 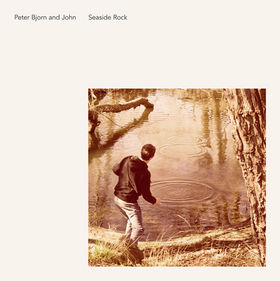 Did this band just say they were going to make a self-consciously bad record, and actually really totally decided to make a record that’s both self-conscious and bad? Pretty much. This is little more than the big fat worldy shit you never thought they had in them; the very fact it exists is sort of perplexing. Which I guess is a good thing in that we get, finally, their direction and balls and sense of irony, or whatever. At the very least their next proper record won’t sound entirely like Writer’s Block (2006), an album which, I’ll say again, is alarmingly sweet and warm and really sort of totally burstingly gorgeous when it’s not just fucking fine; an album filled, pretty much, with the simple hand-on-heart salve that melody matters and cutesy matters and whistling matters and nothing (as in: nothing) is worse than more highly strung open-ended pyrotechnical bullshit. Which: fine…but, um, snap?

I get that this is the standby album. That it’s on limited material release; that they’ve been upfront about its homage-elements; that they’d delimited our big pop expectations to something small and, hopefully, intimate-like. Or, if nothing else, “the sound of a violin being played by a beginner who hates it.” I get, basically, that it’s not my place to cast a hard aspersive eye on a record that’s as outright goofy as Seaside Rock claims it is. But, I mean, it’s hard. It’s hard because the music here—Iggy Pop spoofs and all—isn’t very entertaining or cute. It’s also hard because this record isn’t as goofy as it thinks it is. There’s Kraut and there’s camp, windchimes and some wildfire, even. There’s a track called “Barcelona.” “Needles and Pills” has three distinct movements. The last track is called “At the Seaside,” but, really, none of any of that ornate stuff counts.

They’re coming at this concept with real zeal, which is to say they’ve professionalised sounding funny. I understand how playing-like-kids and posing a cutesy David Lee Roth could map out new territory for their time-tested lullabies, and Seaside Rock at least hints that whatever comes next mightn’t be as cash-in curious as the pan-everything “Young Folks” (or this year’s Peter Moren solo effort) might have you believe. Fans would only have to go back to 2005’s Falling Out, or the self-titled debut (2002), for a more meaningful musical identity. The songs there are undeniably strong, if indebted, all reference and symbol lovingly hashed out into trebly teenage kicks. Now, it’s as if they’ve succeeded in becoming their own most profitable executors. Instead of cadging the new-wave verve and power-pop trills of their basic template, they’re doodily etching on whatever post-music ethos has got them to thinking they’re, like, Brian Eno or Sting.

There’s nothing outstandingly terrible about Seaside Rock, but that’s what ultimately makes it kind of boring. The use of real Swedish people speaking the real Swedish language in an album entirely about real Sweden is something that really needed to be done (apparently) and does nothing but enliven these mood-pieces with some hollow chatter. It kind of re-establishes Rock as a real experiment, in which case: this is the “experimental album” as conversation piece. Or the conversation piece as interpreted by tools or instruments, or whatever. Most of it doesn’t show much imagination beyond some speculative whistling and the brio of a latter-day Weezer slowjam. Horns are also apparently funny.