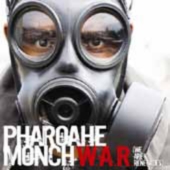 Pharoahe Monch: W.A.R. (We Are Renegades) 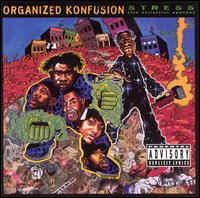 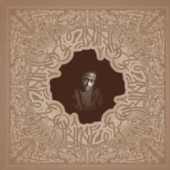 As diluted as it might be by its own intentions, Desire restates Pharoahe Monch's importance in the midst of our current hip-hop crisis, a lack of sales and freshness resulting in Nas eulogies and a CMG Halfstravaganza featuring a mere two records of the genre. Monch is one of the five hottest rappers ever, let's not argue, and his return here to the mic -- eight years after he tried to get us "the fuck up" -- is an off-balance flurry of blows to our sagging heads, a scattershot shotgun blast aimed at our stretched skin.

Monch seeks a revolution but he's unready to commit to just one subversion, so Desire becomes a sequence of mini-album concepts. The first bluntly introduces itself with a choir swishing the word "FREEDOM" around like its purity will leave their teeth pearls. For its opening three songs the record is a party of soul/funk democracy, vocalists and Tower of Power horns working in and out of samples and drums, Monch rap-preaching when he can. "Free" has a heavy-handed sort of Parliament groove to it, Monch in tune from the first few bars by calling the A&R a "house n****" and the label a "plantation." Monch's indictment of his backers, however, holds inherent self-criticism, so he then defends himself simply and powerfully on the title track; Alchemist's claps and warm Holland-Dozier-Holland sample give "Desire" ebullience worthy of mission statement, and Monch is fucking clarion: "Who am I? / I'm the poetical pastor / Slave to a label but I own my masters." In the second verse he equates rapping with the sexual impetus of procreation, a theme that self-produced "Push" summarizes well, if even just for the title and the referential virtue of sounding like a remnant from Sly and the Family Stone's Stand! (1969).

A reinvention of Public Enemy's "Welcome to the Terrordome" is a shrewd release of Monch's second volley, this one simultaneously more broad in scope yet specific in song topic targets (government, linguistic bankruptcy, gun violence). Grind Music's horn blasts and guitar squeals bridge the aesthetics from the opening three songs' retrograde jubilance to phase two's simmering pitch while Monch updates "Terrordome" for the current political situation. That may seem an obvious move, but insomuch as "Terrordome" critiques doublespeak it also profoundly segues into "What It Is," an evisceration of rap vocabulary that's brilliant on so many levels I don't know where to start. Consider the satire of that title and listen to the intro extrapolating a sci-fi scenario where people give up on spoken communication. Monch and Lee Stone's beat is sinisterly empty, a deconstruction of "This Is Why I'm Hot" minimalism that would also fit into the nightmarish template of Stress: The Extinction Agenda (1994), all the while Monch making nothing say more than MIMS ever dreamt. Or consider that the last time Monch put out a song like this, it was called "The Future," delivered by the mimicking mouth of Diddy; Monch done right (i.e. by Monch), "What It Is" raises a mirror: "With the flow that's so influential / n****s fucked up, they get no instrumentals now / Next time you spittin' on mine / bet you bottom dollar you be spittin' over rhymes." To then immediately follow with "When the Gun Draws," which is basically Monch reiterating his own "Stray Bullet"? The man's too sharp to be oblivious, so this must mean he's a self-aware genius.

Monch is also well aware of the scenes he's traversing; after the oppositional stances of the record's first half and even after stating that "they thought I was backpack / Slept / didn't know what he kept inside the knapsack," he partially aligns himself with the underground and his peers in his third trio of songs. This is largely achieved by having two beats from Black Milk a.k.a. Detroit's biggest indie producer-of-the-moment. On "Let's Go" Milk curdles a rock riff and plunks in drums that geyser thick cymbal hiss beneath a Monch grinning wordplay like he's the rap game's Cheshire Cat. Less successful is "Bar Tap," a low-key club track where Milk's beat traces Gang Starr's "Betrayal" and Monch's only memorable moment recalls the bent end-rhyme scheme in verse 2, bars 2-4 from Stress's monstrous "Thirteen." Splitting the Milk shit apart, self-produced "Body Baby" belongs to the Gnarls Barkley and Andre 3000 school of experimentation: to wit, hip-hop icons contemporizing old pop standards in a way that'll tickle an alternative radio audience who idealizes American music as a sonic melting pot. For Cee-Lo the muse was '50s and '60s soul, for Andre it was ragtime and jazz singing, and for Monch it's, well...Elvis. At least Monch still raps on "Body Baby," and the rapping is, of course, nitroglycerine. On a careening mine cart.

Desire's fourth quarter initially buries its ambition under schmaltz, sentiment substituting for real passion. Monch paints a triptych of feminine figure(s): a young girl in "Hold On," a lover in "So Good," and a wife in "Trilogy." The first two -- inspirational and sex jawn -- are tepid R&B, and Monch gives in to that complacency. His rhymes rest in their pockets, do their jobs, conform like milquetoast. But the third, three acts unto itself, is a reaching work of dramatic plotting and thematic subtext, and a renewed intensity in Monch's performance undercuts the formal pomposity of the thing.

Yes, "Trilogy" is Monch's own "Trapped in the Closet," yet the skill of the storyteller and the revelation of metaphor keep us attentive -- nothing like the gross fascination that Kels welcomes with nasty arms. Monch relates his tale in the extreme, dealing out revenge on all those who have soiled the fidelity of his spouse, while the beat moves through a dark bump into a pause for thought and then a final stretch racing forward on piano and orchestra stabs. It's ridiculous, sure, but when Monch starts spooling out the details -- his wife cheats with a "light-skinned" con man, one of those who plot on Monch's "publishing checks and royalties" -- the fiery serial begins to take on a "I Used To Love H.E.R." cast, a paradigmatic association that might even retrospectively deepen "Hold On" and "So Good" beyond their limited face value. And in this Hip Hop meta-narrative where Common lets go and Nas drops a black rose, Monch is the one who slays. Monch "kills it," broadening that expression to a new plateau. He's not just killing his verses, he's killing the livelihood that betrayed him, and in the third act he calls the murder his "art." The track's outro finds the piano improvising drastic tweaks on its phrasing, thus reflecting the primary weapon of its client, a rapper whose cadence refuses to be held down by his genre's repetition, who will intentionally send a track skipping and claim that his spit's to blame (e.g. "Free"). Pharoahe's riptide flow has always run counter to stagnant rapping, and here it also runs in protest to rap's stagnation. This is how he kills "her," this Hip Hop used and fashioned by suited vultures, but how can she be replaced? As the music -- that piano line -- remakes itself in Monch's image, it becomes a closing keynote in the most absolute of rap brags: "I am Hip Hop."

Monch has been brooding on this attack for a long time, so it's understandable that he can't seem to settle for just one set of arms. He starts with simple '70s funk rhetoric against today's music biz; switches next to early '90s-style rap doomsaying; then reppin' and knapsackin'; and finishes with Erykah Badu, soft-core, and portentous allegory. I'd gratefully devour an album full of the likes of "Desire" or of "What It Is" or of "Let's Go," could even stomach a full course of "Trilogy" soap for all the sterling shit bound to rise to the top. But no matter how smartly sequenced these parts are in Desire's segmented flow, they remain varying nascent coups without one distinct rallying cry to organize the din. If this is the best rap record of 2007 so far, then that's not only a testament to Monch but a testament to the threat of what he's trying to fight, to the reality of an ailing art form that no one's quite sure how to revive. Is the solution as plain as having "desire"? Can the rap industry's stultifying hegemony be challenged by artists imposing their wills in the same secret handshake where listeners demand more of what they love? Through its own virulent uncertainty Desire's asking us to keep our ears close to the ground; the revolution will not be televised, and we won't even know what it sounds like until we hear it.