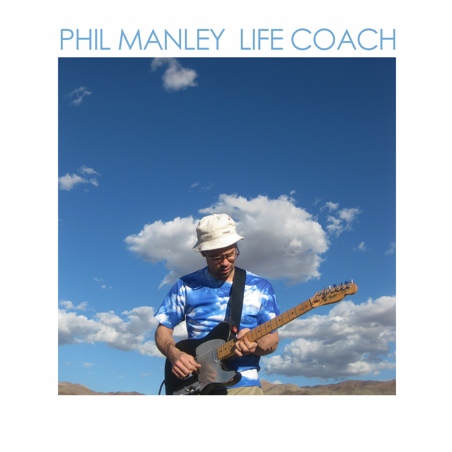 Life Coach sounds dated almost out of necessity. At this point in Phil Manley’s career, there are strata of allegiances to adhere to, whether it’s Manley’s own work with Trans Am or Jonas Reinhardt, or the dense array of those band’s Krautrock and post-rock influences: Kraftwerk, Suicide, Neu!, Cluster, Can. In the context of that faithfulness, Life Coach is a meticulously scoped record, tapered to arpeggios, simple synth lines, and the syncopated whisper of a drum machine. And context, in this case, is almost everything.

In other words, you either parse what amounts to an accurate (and thus sometimes predictable) neo-Muzak record by listening within the album’s tight borders, or you don’t and Life Coach sounds like it’s talking to itself. Putting “Commercial Potential” and “Lawrence, KS” back-to-back distills the challenge of such a purposefully tapered record: the latter sounds like an acoustic variation on the first, and together they comprise hypnotic repetition that is, for those of us into Krautrock, entirely the point. But for others it may seem entirely pointless; to put out such a defined record, arguably forty years after it could have been a part of any kind of vibrant dialogue, seems strange. Like doing one’s best to replicate Pollock’s drip without the discussion surrounding abstract expressionism. Life Coach arrives without the benefit of obvious referent or subject, seemingly on the whim of its author.

Which is why it’s all about context. In the context of Manley deliberately setting out to assemble a faithful rendition of influences and themes, Life Coach is masterfully constructed, the work of an experienced musician and producer who understands how genres lock together and overlap, and who builds the record’s constituent parts to the encapsulating, nine-minute “Night Visions.” There seems to be a genuine affection for the style in the way “FT2 Theme”—as pop as Kraut gets—moves to the lonely guitar buzz of “Work It Out” and finally to the knowingly produced and beautifully performed solo acoustic piece “Make Good Choices.” The album sounds, at first, so indebted to history that it cannot possibly distinguish itself enough to contribute to it, but by the end of its title track has built a nuanced reading of a musical history by an individual well-suited to speak.

Life Coach is also the sound of contexts within contexts. Manley’s body of performance and production work, itself owing to decades of electronic and acoustic Kraut, is taking part in Thrill Jockey’s ongoing discussion about the occurrence of post-rock and its realignment of conventions through either technicality and departure. There’s a complex echolalia with which Thrill Jockey is expertly familiar, and Manley’s work makes less sense when separated from the oeuvre of his record label. Which is to say that, though not terribly difficult to absorb aesthetically, the fullest appreciation of Life Coach—as sonorous and short and easy as it is to listen to—is not apparent on first listen. Outside of its mellow boundaries, and what temporary interest you might have in background music, the album requires some poking around through the reading material. It’s an accomplished, knowing work that only seems to have its head in the corner.