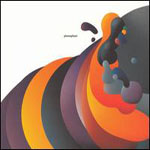 We critics are a contemptuous bunch, aren’t we? All, “I have loved this forever, and finally this rare and previously out-of-print gem is yours to own,” as if we have heard everything the world has already offered. Sure, I’m clamoring for long-overdue reissues (Seacaucus, anyone?), but given that this particular disc was previously released as a limited 500-print run in Norway when I personally was still trying to figure out whether hot pot Kraft Dinner was better than another trip to the meal hall, you can all already guess what I’m about to admit: I had never heard this disc before it arrived in my mailbox a couple of weeks ago. I had only heard of Phonophani indirectly through my burgeoning love for the Rune Grammofon label which began in 2003 with the release of Supersilent’s 6. I’ll get to that love more in-depth in my upcoming and disgustingly gushy review of Until Human Voices Wake Us and We Drown, a company retrospective, but suffice to say that despite my unfamiliarity, when RG tells me this is “the best Norwegian electronica album ever,” I listen.

Which is also sort of the point, because beyond what RG tells me, I don’t know enough about the Norwegian music scene as a whole to verify the truth-to-exaggeration ratio of the claim. What I do know is that modern faves like Supersilent, the Shining, and this year’s newcomers Moha! are hanging their hats on Phonophani’s rack, and if the ties that bind the divergent sounds of the Norwegian experimental community are a shared love for this album, much like the Beats loved Chuck Berry or the Punks loved the Stooges (and lied about their hate for Exile on Main Street), then this is indeed essential listening. Because whether or not it is the best Norwegian electronica album, it’s an amazing electronica album period, and my favorite little Norwegian label has done us all a favor by re-pressing Espen Sommer Eide’s first effort under this moniker.

I dare you to listen to this and not have to wrap your brain around the fact that Eide was pulling this shit in 1998, because what is most amazing is how acutely this record eerily anticipates many of the prominent trends that would become so popular with electronic music between 2000 and 2002. And, sure, who knows? Other geographical scenes may well have similar documents that are waiting to be dug up or revisited, a cornucopia of trans-national evolutionary DNA, but this particular album seems to provide the chromosome chains from which charms like Peter Rehberg, Christian Fennesz, Philip Jeck, Gas, and the Rune Grammofon roster were originally dangled.

“Duration-Happiness” stretches a concept of happiness into oblivion; what is left is a rush of the thick phonographic rumbles Jeck would later exploit so evocatively on Stoke. “Order of Disappearence could have fit nicely beside the tracks on the Return of Fenn O’Berg collab; its clashing tones stick pins and needles into one another, forming new hybrid tones that stomp around the sonic spectrum with abandon. “Kaliphoni” could be Fennesz revisiting the main theme from Fantasia, all awkward ring modulations that sound like whispers and sickly guitars. “Ring” is almost upbeat; throw some kick under that synth line and you’ve got a kicking club track that here is deflated, lying prone on the pavement. “C” has the International Robot Labor Union engaged in a tense meeting over a lovely acoustic guitar loop; the track might be the ancient history of School of the Flower, or the first song that Chihei Hatakeyama really loved. This is like patient zero of post-millenium ambient experimental work.

This isn’t really a chicken/egg dichotomy; we know which came first and last, and while it took these newer artists to bring this stuff into relative popularity (along with the concurrent growth of Internet ‘zines to champion their work), hidden gems like Phoniphani carry their own distinct charm. 500 copies is like a gift to friends and family; this re-release deserves hype because Eide put so many ideas into this beautiful album. We need our stepping stones between Ambient Works and Lisbon, and believe me, this is one graceful way to cross that pond.