1. Stop the Music
2. So I’ll Say Goodbye
3. Our Love Was Saved By Spacemen
4. Who Made You The Doctor?
5. Stop the Music (Justus Köhncke, Kompact Remix) 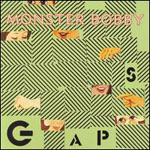 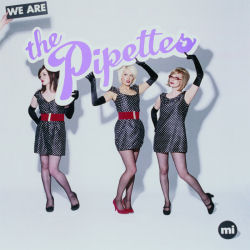 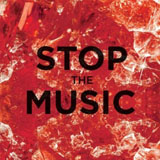 Cokemachineglow’s last foray into the world of the Pipettes was a 1,700-word treatise on French philosophy, feminism, and sexism that made references to scholarly work I have never read by people I have never heard of. I, on the other hand, put We Are the Pipettes into the top 10 of my AOTD list for the simple reason that I thought it was the prettiest and second-most perfect pop album of the decade, blissfully unaware that the Pipettes weren’t just those three women in polka dot dresses. In addition to Cixous and Althusser, before reading Aaron’s review, I’d also never heard of self-described “svengali” Monster Bobby, never heard of the Cassettes, never heard of the “science experiment.” To me the record was just a slice of indie pop-rock—a near-perfect slice, that is, but nothing else.

Now, after hearing Stop the Music, their warm-up before this summer’s new full-length, I want my ignorance back. A lot has happened to the Pipettes’ lineup since 2006, but the main storyline on the new EP is not of the hackneyed “band copes with personnel changes” variety. Instead, from the first moments of the first track, it’s obvious the We Are the Pipettes formula has been fucked with on a fundamental level. Their debut made full use of a seven-member band and didn’t lack for intricacy, but that intricacy was flattened into an AM radio soundstage that directed attention to undistorted, brassy vocals and by extension their impeccable melodies and harmonies. This time around, shiny backing tracks overpower muffled vocal lines and garage-band electric guitars are out. The core instrumental elements in the title track, for example, are a hyperactive shaker, a schmaltzy bass line, and a reverbed Latin acoustic guitar—the only thing that’s missing from the lavish production is a castanet flourish or two. (Just because Mylo pulled off a mashup of “Dr. Beat” doesn’t mean everyone should emulate Gloria Estefan.) What was the purpose of loading up these tracks with so much crap? Finishing a song with a beating heart behind repetitions of “I can hear your heart…beat” might make sense in isolation, but not following an orgy of ill-chosen special effects. “So I’ll Say Goodbye” goes full-on Vengaboys with low synths jumping back and forth on alternating octaves. The Pipettes made their name with perky ’50s vocals draped over indie pop; now they seem to be signaling their jump a few decades forward by singing over “Dragostea Din Tei”-brand eurodance.

What makes this so disappointing is that there’s nothing essentially wrong with the vocals or the songwriting. Despite the departure of one of the We Are the Pipettes cover women and the replacement of another, the Cockney harmonies, when you can hear them, are as solid as ever. (So a lineup of chanteuses were chewed up and spit out by their domineering producer—maybe this is a real girl group after all.) And the songs themselves would be more than acceptable styled along the lines of the debut album’s retro pop. On the sharp end, “Our Love Was Saved by Spacemen” tells of a souring relationship saved by an alien abduction and is funnier and more creative than anything on the debut record. The verses, which slink along on peppy minor keys, segue into a lushly arranged major tonic at “I’m happy as can be / He loves me again”: word painting at its most basic, but it gets me every time. The outer space theme safely matches the group’s burgeoning new wave aesthetic; the B-movie-inspired video practically directs itself.

“Who Made You the Doctor?”, like any of the weaker WATP tracks, is bland and a bit baffling, but fun anyway. “Your love’s the sweetest drug / Who made you the doctor?” is not how I would describe a relationship but if the Billboard charts are any indication maybe they’re onto something. If this is as bad as it gets, we just aren’t talking about very bad. “Stop the Music” and “So I’ll Say Goodbye”, bizarre production aside, are firmly in the WATP pop mold and would work just fine backed by guitars and a stray violin passage.

The key to “Our Love Was Saved by Spacemen,” which somehow powers through the vocoders and synthesized violins, is how completely and endearingly it fails to take itself seriously. One could argue that the production decisions on Stop the Music come from a similar whimsical and lighthearted place, but the listening experience is anything but—-I can’t help but pull apart each synth line and digital artifact and wonder what the hell was going through Monster Bobby’s head. We are in an era of acclaimed artists looking to unmitigated cheese for inspiration—-Ariel Pink pulling from ’70s bubblegum, Neon Indian emulating the sound of tape-warped Saturday morning cartoon commercials, Sleigh Bells updating crunk for the what.cd generation. But there are some things you just don’t do, and channeling Vengaboys is one of them. The svengali that gives can also take away.