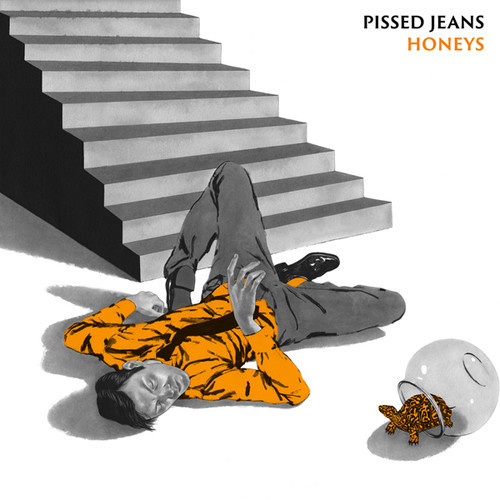 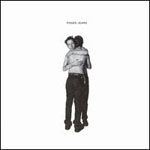 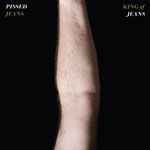 Silly me. Here I was, ready to corral Pissed Jeans frontman Matt Korvette into the same putrid dung heap that houses rock music’s venerable mumblers, howlers, and all-around misanthropes—your Nick Caves, your David Yows, your Iggy Pops, and so on—when it suddenly occurred to me: this guy seems kinda nice. Normal, even. So…huh? Let me make this clear, the part about how, yes, I’m aware that Korvette spews and slobbers and spatters with the best of those that do the same and that his bandmates conjure up a fitting temper tantrum of pummeling drums and amplified pig squeals behind him; this much is true. (“False Jesii Part 2” leaves the insides of my ears a little damp, come to think of it.) These are groans and bellows on par with any sound erupting from a feral beast nursing a maimed limb—except dude’s complaining about a cuticle-primping session gone awry and bemoaning the horrors of encroaching middle age. As with the band’s first two albums, the subject matter on King of Jeans is some supremely relatable shit, and it’s about as far from “fierce” or “terrifying” as you can get without enlisting a child choir to sing backup.

Herein lies the curiosity of Pissed Jeans: what in lesser hands would prove unbearably gimmicky—the pairing of spleen-busting riffs and caterwauling feedback with these decidedly quotidian musings—is, by some sleight of hand or trick of the light, thoroughly entertaining here. “Goodbye (Hair)” is on the mid-tempo sludge-fest tip that the Jesus Lizard would sprinkle, oh so graciously, into their otherwise breakneck sets—except instead of spraying vitriol all over, uh, those dependent on oral respiration, Korvette’s confiding in the listener his deep-seated fear of balding. (“If only I had some way to stop it, or at least someone to blame besides myself,” he grumbles.) By consciously avoiding the seething lyrics one would expect from this type of post-hardcore noise rock, Pissed Jeans seem to be championing the power or their sound. Or at least the stupidity of it, slapping mundane worry against nihilism, treacherous grating atonality against accessibility; it’s laughable, this music, but as the specter of gimmickry rears its wispy head the band’s able to reach back to the origins of the music they may or may not be laughing at and throw up a pulsing, puking question mark. Where’d all this anger come from anyway?

Not that punk or no-wave or any of the band’s forebears were all ignorant and immature behind their squall, more that Pissed Jeans seem to question the rage, the ostensible M.O. behind this music, by exploiting it and lacing it with the shallowest of self-deprecation. Of course, no answers are to be had (Why am I going cue ball? Why is my body falling apart? Because.), only fast, boiling sensations. Accordingly, King of Jeans, for the most part, delivers compact, devastating blows—the tautest, in fact, that the band has ever dealt. This is encouraging, because as brutally exhilarating as Hope For Men‘s feedback-mongering was, the formula was worn thin by end of album. Granted, there’s still some furious wankery to be had here, but it’s kept to a minimum to let the band focus on two- and three-minute sprints (“Human Upskirt,” “Dominate Yourself”), windpipe-crushing faux-metal (holy shit, “Dream Smotherer”), and a gut-busting approximation of (as I see it) the recently reunion’d Sleep waking up on the wrong side of the bed (“Spent”). In other words, this album is reason enough to believe in guitars again.

While King of Jeans is plenty confrontational and—this bears repeating—plenty loud, it’s never disheartening. It might even put a spring in your step. The guitar stabs are heavy but never weighty, the vocals disgusting and rabid but never outright full of dread. Serious rock musicians are of no concern to Pissed Jeans; there is nothing here to be serious about. Case in point: are the band’s jeans angry or just urine-stained? Maybe they’re angry that they’re urine-stained, which is kind of funny—soiled pants loathing their predicament. In any case, Pissed Jeans have peed themselves, and they’re going to tell you about it. Because in that moment of pissing, nothing else seems to matter, and what better place to start than from a point with no perspective, no restraint, and no real reason for overreacting?