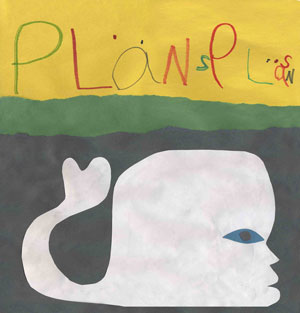 You’re with your music-loving friends at your favorite non-Starbucks café. It’s a sausage-fest, save the one girl, Cindy, with the eyebrow piercing (she’s rumored to have three more piercings). She’s new to the group. You want to spoon with her, preferably to the sound of Belle and Sebastian. Your four other buddies are arrayed as competitors. She seems diffident but hints at interest in your collective depth of music knowledge.

But now it’s every man for himself. For the spooning. It’s time to whip it out and see whose is bigger. She says, “I’m looking for something new, something really out there. Something avant-garde, I guess.” You quickly (but casually) say, “Oh yeah? I think you’d really like Boredoms.” Score! Then one of your buddies says, “Sure. I’d suggest either Vision Creation Newsun or Super ARE.” You look for a one-up move, but before you can cycle through your volumes of stored up music info, another one of your buddies nonchalantly puts in, “Yeah, sure – but if you really want something out there, you gotta go with Ground Zero. Very cool Japanese avant-rock, noise band.” Her eyes barely light up and she says, “Yeah?” and he says, “Oh yeah.” She says, “Cool – look, I gotta run, but Chad, why don’t you come with me and tell me about it?” And he says, “Sure. See you dudes later.” Checkmate.

Fucking Chad. What kind of a name is “Chad,” anyway? Chad and his big muscle arms. You begin to reconsider your friendship with Chad.

But here’s the better alternative: it’s called Pläns Pläns, and Pläns Pläns fucking rock, in a very avant-garde way. Pläns Pläns are like the progeny of a fruit-condiment-covered copulation between between Boredoms and Deerhoof. Pläns Pläns are a bunch of crazy motherfuckers whose talent and wildness makes mere traditional rock confines run and hide when they hear the absurd name “Pläns Pläns.”

This is the best thing that a bunch of drugs and instruments that coincidentally happen to be in the same barn in rural Maryland could possibly result in. Plays Herman Melville’s Moby Dick is a raucous, brilliant album of primal guitar and percussive fury that’s likely been unmatched since Boredoms’ Super ARE scared your neighbors. It kicks out enough hooks to make your brain hemorrhage. Its orchestration is deceptively complex – but beneath the psychedelic barrage, and in between mushroom clouds of incinerative guitars, the group incorporate some of the best play with atonality and harmonic tension this side of a laptop composer.

Nothing incorporates those elements so well as the album’s mammoth of a centerpiece, “At the End of the Day the Snake Comes.” Beginning with ominous sludgy fuzz-bass single-note strumming, it progressively cycles through nasty riffs and immense guitar battles, shifting breathlessly from discordant guitar punches to melodic thunderous thrashings. After the group chants over and over, “At the end of the day the snake comes,” and give the arrangement some breathing room, the ensuing climax erupts with almost unnatural fury; the guitars and bass rip and roar creating like mythic monsters eating each others’ guts out. It’s as good a finale as you’ll ever hear in any avant-rock, period. And that’s just one song.

The insuperable quality of “At the End of the Day the Snake Comes” is very nearly matched by a load of other phenomenal moments in each of these uniformly excellent songs. The brilliant riffing and guitar figures of “We Love Grapes in the Spring Time” is terrific; the bluesy psych-rock firefights of “You Always Look at Me when I Work Out” are jaw-droppingly complex; “Juliansong” deals extremely well with carefully thought-out single-note- and chord-progressions; and “Space Jam”’s atonal tensions are superbly unfolded and explored. Innovative songwriting and explorations of space and release permeate nearly every second of the album.

And it’s all done with such unrelenting joy and lack of pretension that as bizarre as Plays can sound, it feels primal and universal. This is music made for the joy of screwing around with sound and making something monolithic out of it. Yet attention to detail and composition underwrites every apparently spontaneous explosive tangent, if you care to pay attention after you’re done flailing.

Suddenly, you stop and say to yourself, “How can anyone not know about this band, and this wonderful album? I have to share it with someone.” And just then, you take off your headphones to see Cindy hanging out at your favorite café, Chad nowhere in sight. And you come up to her, and say, “Hey, Cindy. I have something you’ve got to listen to.” And she says, “Oh yeah?” and you say, “Oh yeah. It’s by this unknown band called Pläns Pläns, the album is Plays Herman Melville’s Moby Dick. Like the whale.” And Cindy raises an eyebrow. “It’s got to be one of the best albums of 2004, or really, any year,” you say. And you’re right. Chad stops in shortly after, but Cindy’s already got your headphones on, and she’s smiling big and bright at you. “Hey Chad,” you say, winking, and punch him in his big muscly arm. And he says “Dude, you wish. I already tried. She’s a lesbian.”