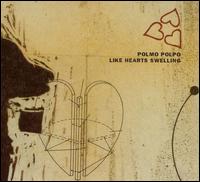 You're at your shitty job at Red Lobster. The old ladies are being especially bitchy today, so you decide to plan a little solace for yourself because there's a knife rack within arm's reach and you're losing your mind. Today you've become especially contemptuous toward your shitty little life after the gripping tale of that perpetual high school wrestler fuckstick who just told you about the time those other jocks bet him five dollars that he couldn't fit into a duffel bag, and when he got inside, they proceeded to beat his ass, throw him down some stairs, and urinate on him.

Your intentions are dually purposed, of course. You know how much these morons hate all music that doesn't regularly reaffirm the inferiority of the female species, and that Steve Miller wielding, intentionally speech impedimental, extra large, pretentiously promiscuous co-worker of yours isn't here to tell you how stupid you are thinking that the government does, in fact, affect you, so you grab the stereo and put in Polmo Polpo's Like Heart's Swelling to ease the tension. Calm down. It's okay now. The old ladies can't hear themselves, that wrestler guy has just remembered that he has a dick, so he's off telling some girl about it, and you've driven the rest of them insane with good music. Victory is yours!

So you're probably not a 21 year old guy with a God-fearing Christian haircut gone awry and a job you absolutely hate in a small redneck town nestled right beneath the gaping asshole of America. Regardless of your situation, it's kind of hard to have a bad day after you've listened to Like Hearts Swelling.

It starts out with a simple drone with some sort of machine loop spiraling in the not too distant background. Time passes quickly as the first five minutes of "Romeo Heart" build to a crescendo of noise and drone complicity -- at six minutes, it feels as though you're either about to die or be more alive than you've ever been. Then at about seven minutes, you're falling, fading, and "Requiem For A Fox" slowly fades in, relying heavily on repetition and lots of ambient bass, and the rest of the record is a slow but sure upheaval into intensely beautiful droning surrounded by ethereal melodies, guitar, and even a bit of trance.

At first glance, the songs seem a bit lengthy. But Polmo Polpo does such an excellent job of immediately capturing anyone who is listening closely and not looking for any definite format that "Sky Histoire's" 13:12 sprawl seems to be completely separate from time as we know it. You know the feeling. Think back to the first time you listened to really loud Godspeed You! Black Emperor.

The best thing about Like Hearts Swelling is that it leaves the listener with a very distinctive "Holy Jesus, I'm happy" feeling without stooping to sappy Celine Dionism or using the same progressions I've heard before in the happier Mogwai songs on Young Team or Rock Action. There are no vocals, so you're free to paint your own pictures to personalize the experience and make it whatever you want it to be.

The album takes influence from all over the place. There's a lot of trance, classical, some Motown, and some classic rock, just to name a few. Although I'm not big on a lot of the styles used here, I don't think it was enough to be incriminating. If anything it enhanced the album with a decent display of versatility. In "Requiem For A Fox" some guitar work reminiscent to Godspeed's F#A# slowly takes the lead, lingers in the background for a while, then takes the lead again in the form of a slow solo in the style of Eric Clapton, without the annoying soul-less blues that Clapton mass produced for the bovine riff rock fans.

Abstract ambient music isn't most people's bag, understandably. I'm a sucker for weird, emotion evoking stuff like this and, as such, Like Hearts Swelling is a must have.