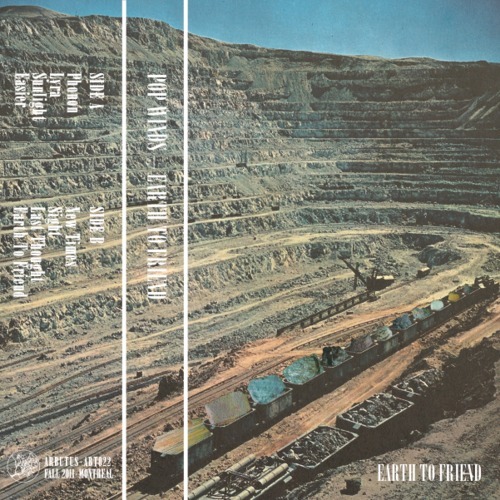 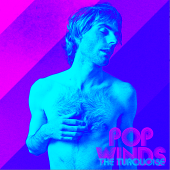 That Montreal is home to many great contemporary musicians should come as no surprise to anybody with access to a functioning Internet connection over the last seven years. But the unfortunate side effect of housing a handful of show-stealing international exports is that your city’s smaller stars, stuck in a scene already oversaturated, tend to languish in comparative obscurity. A city can only support so many blog-stars and Best New Musics, after all. Which is maybe just as well, because you can hardly have a healthy local music community if it consists largely of bands as popular as, say, the Arcade Fire, whose hometown performances comprise a straight week of sold-out gigs that aren’t exactly close-knit. You still need bands who’ll feel at home at dive-bars and basements, bands you can get more excited about because nobody else really is. And in a city like Montreal, where being a local favorite and being an international celebrity are not always mutually exclusive, that thriving under-underground is especially crucial. There’s, thankfully, a pretty astounding, thriving under-underground: Black Feelings, Tonstartssbandht, Adam & the Amethysts, Duchess Says, Grand Trine, the Luyas—the list goes on, all woefully unrecognized and equally deserving of the praise and attention heaped on so many of the city’s other upstart outfits (though the Luyas did just get signed to Dead Oceans…).

If you’re going to support a living, breathing local scene just beneath the one everyone in the world seems to pay attention to, it helps to have a network of hardworking, handmade record labels forming bonds and promoting products. (Of course, hosting a world-class music festival like Pop Montreal, where the most anticipated nightly showcases are often very local-centric, doesn’t hurt either.) And of all the many dedicated collectives pouring God knows how much time and energy into putting new music out there for probably just friends and friends of friends to end up hearing, all the half-insane individuals hand-dubbing cassette releases at four in the morning or taping up posters in subzero weather, there’s really no better homegrown label than Arbutus Records—home to Grimes, Silly Kissers, Braids, Blue Hawaii, and, finally, Pop Winds. We’re talking about some of the most exciting bands not just in Montreal but in the entire country, together forming a roster of such ridiculously high calibre that, if you buy into a system where each great album released by a label lends an increasing degree of credibility to whatever that label releases in the future, Arbutus has built up enough good faith already to get them through at least the next decade of record releases on credit.

All of which is to say that listening to The Turquoise, debut LP of the Pop Winds and third only to Blue Hawaii’s Blooming Summer and Grimes’ Geidi Primes in the race for best Arbutus release of the year, should pretty much go without saying. They are in extremely good company and, faithful to the quality of their labelmates, they do not disappoint. A three piece band combining guitar, synths, and saxophone, Pop Winds seem at first to have much in common with Menomena, who work with a nearly identical set up. But The Turquoise employs many of the stylistic features of an album like Menomena’s Mines (2010) to very different ends. Where Mines came off as sharp-edged and deliberate in its exploitation of emotional and aesthetic highs and lows, The Turquoise sprawls out more vaguely, and, despite their name, Pop Winds don’t end up sounding much interested in pop music at all. Not that they’re abrasive or even especially difficult, but many of these songs—like the delirious, “My Girls”-citing “Owl Eyes,” which could only appropriately soundtrack a planetarium laser show—simply refrain from following through with what seem like pop ideas, opting instead to stretch those ideas out and explore their furthest reaches.

Neither, though, is this stuff especially “experimental”—it’s much too gorgeous to challenge or confront. Which turns out to be the most obvious connection between The Turquoise and an album it seems destined (or, depending on your view of things, doomed) to be compared to, Animal Collective’s Merriweather Post Pavilion (2009), which also stood squarely in that space between experimental music, where the band sort of started, and straight-up pop music, where most people saw them heading. Both of these albums vaguely cite world music, Brian Wilson, girl groups, and so on, but with brass as a key element in all of its compositions, The Turquoise almost unavoidably nods in musical directions Animal Collective don’t. Plus on “Feel It” we get Bowie circa “Heroes,” although less obnoxiously than that LCD Soundsystem song that ripped it off more conspicuously. And on “Perennial,” the record’s weirdest track by a long-shot, there’s something of cLOUDDEAD in the way that nasally “you can look at the flower and become the flower” stretches out into the distance with an almost hypnotic fervor.

These influences congeal as well as one could hope, and so in the end The Turquoise manages to sound both convincingly original—they never veer too far into the realm of one influence to let it dominate the record—and, like most young bands with an intimidating record collection and a knack for musical history, sort of comfortingly familiar. One gets the sense that if The Turquoise itself isn’t a great album, though it is still a very good one, it indicates the possibility of a genuinely great album by Pop Winds in the future. Which makes them one of Montreal’s necessary underground stars—one of the bands you can get excited about because, at least right now, nobody else really is.