2. With Dirt and Two Texts – Afternoon Version
3. Illiterate Interlude
4. Keeping Up With Your Quota
5. No Special Bed
6. Weight Watching
7. When the Grip Lets You Go
8. Always It’s Gonna Be Like That
9. Creating Cyclical Headaches (feat. Four Tet)
10. Awakening to a…
11. With Dirt and Two Texts – Later Version With Love
12. No Origin
13. One Star and Three Stripes
14. Mud in Your Breath
15. Breathe
16. Matrimonioids… (for: Elivin + Susana Estela)
17. We Leave You in a Cloud of Thick Smoke and Sleep Outro (feat. Babatunde Adebimpe) 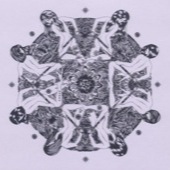 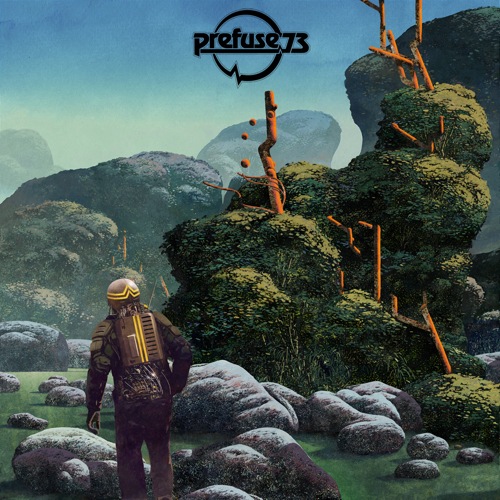 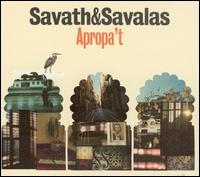 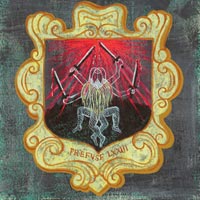 Producers have it easy. Floating from artist to artist, style to style; today’s board moguls can land themselves a job almost as fast as they can chop their samples. Kevin Federline has Disco D backing; Scott Storch attends Nas’ birthday parties. Millions of people still have no idea why Pharrell Williams is perpetually pointing to his shoes in the videos for all those shiny pop-stars. Inter-mingling between genres has never been this hunky-dory, and for the anatomically malleable the cheques have never been this hefty.

Of course, the advantages of being a Williams as opposed to a Herren are abundant. Vindication is a long way from the frontal lobe of the former. He might catch occasional guff from a tooth-comb beat analyst, but for all intents and purposes, Pharrell does what Pharrell wants, and most of us don’t have the fortitude to slight him for it any more. Herren, on the other hand, found himself dangling above a voracious critical community who only a short time ago had pegged him as the foremost figure in the click-pop rap scene. What should have been the magnum opus of his short career proved to be his first colossal blunder. Surrounded by Silence's all-star roster of lauded MCs couldn’t save the Prefuse name; we all knew who was at fault for that mess. It didn’t help that the album’s first single was trumped by an EL-P remix, or that a number of the rappers fully admitted to never being in the studio, or even meeting with, the chief creative force. A year later, dreams both realized and crushed, Herren returns (sort of) to the one moniker he once made famous, simultaneously putting forth his most commendable and forgettable material to date.

Warp insists Security Screenings isn’t the official follow up to Surrounded, but listening to it without prior knowledge of the predecessor might leave a listener a touch bewildered. Without question, this is a half-concluded response. If it fails, there’s always the real album to come; if it works, marketing that next release isn’t likely to be as arresting as it might’ve had that backlash been brushed off.

That self-conscious attitude toward the press is quickly becoming more candid in the music. Sardonically pulling anything that resembles a melody in 4/4 before it can come to maturity; flippantly tossing shards of buckled distortion over top his signature looping vocal chops; the record doesn’t make itself instantly gratifying by any means. The album’s first real composition -- "With Dirt and Two Texts – Afternoon Version" – makes riled use of that effusive sampling style, hiding glitch noise patterns under a stomping kick drum and scattered ambience. Unfortunately, albeit unsurprisingly, a subtle return to form isn’t good enough for a man still clearly reeling from the antagonistic prodding of his more “controversial” work. "Illiterate Interlude" attempts to sum up the condescending nature of music’s belittling underbelly, pitting the producer against a detached legman with awkward (and seemingly forced) results. Breaks in continuity were never uncommon with Guillermo (see the last Savath & Savalas), but they needn’t be this blatant.

One self-righteous skit behind, "Keeping Up With Your Quota" and "Weight Watching" bounce and waft with a whimsical character allusive to most of the Prefuse releases, melding sprightly influences with a medley of tones and precisely timed instrumentation. Akin to Surrounded, the album’s venture into collaborative lap-top urgency stands alone in its shrewd precocity. Tightly wrapping his shattering disaccord over twinkling Four Tet loops and back to basics percussion, Herren concocts a surprisingly listenable and not soon forgettable summit. The overwhelming sense of calm permeating the majority of the record’s back half is prudently unveiled through serene keyboards and euphonious orchestration; exchanging laser-guided electronics for free-flowing chimes and bells that could pass as naturally occurring. Maintaining a cool head is a good look for the producer who can’t help but come across as a little irrational in his interviews and website rants.

Of course, tepid organization walks the fine line between refreshing and dull. The aptly titled "When the Grip Lets You Go" and "No Origin" depict Herren as a producer who hasn’t yet put his blind sampling days behind him. The borrowed works climb and twist but never fuse, leaving us with off base mixes impossible to piece together. "One Star and Three Stripes" lies somewhere in the intermediate; matching charming organics with airy, lifeless keys. "Mud in Your Mouth" would be more recognizable as a Delarosa & Asora tune; hanging acoustic scrapings and malfunctioning data over a pulsing template. Any lack of presence felt can almost entirely be blamed on the album’s neglect of drum tracks. Beats are invariably buried at a frustratingly inaudible level, and most of them fail to go beyond tired, colloquial banality. The need to yawn presents itself more than once, but the influx of glib intermissions provides more than enough opportune chances to pour yourself a coffee.

If Surrounded by Silence was Prefuse 73 beside himself, or even ten steps behind himself, Security Screenings is a commendable return to the path blazed by One Word Extinguisher and its subsequent outtakes. A respectable portion of lost ground is recovered, but a wealth of less turgid, more consistent projects are still required if anyone is to be convinced this production style hasn’t become completely passé. The excruciating need to be cynical about an album such as this is only as severe as Herren made it when he burst through the gates with a heap of exciting, fresh ideas. His revered talent becomes a screaming point of devaluation when his execution falls so vastly short of his potential.

Nothing about Security Screenings should lead anyone to believe that he hasn’t, at the very least, realized that the pandering of his last album probably wasn’t a well thought out decision. The album’s biggest success stories take place when the multi-tasking producer can sit the fence between making songs with other artists in mind, and one offing lugubrious rebuttals to his wavering fan base. It’s unbecoming to try and pass this album off as "unofficial" when it’s a stark reminder of why so many of us fell in love with the antecedent material. We hated because we cared, Scott.