Other Records by Preston School of Industry 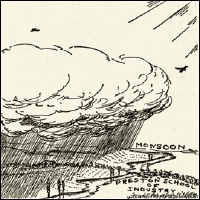 It's worth pointing out right off the bat that I love Pavement. Slanted and Enchanted I consider to be one of the great records of all time, Crooked Rain, Crooked Rain is nearly flawless, and the goofy Wowee Zowee is one of my favorite albums. I can, at the drop of a hat, recite the lyrics to the first three songs on Brighten the Corners. Try it some time if you see me and happen to be wearing a hat. You can be my fact-checkin' cuz.

There is, however, a reason I can't recite the fourth song on the album, "Date with Ikea." Whereas the first three songs flow together perfectly the fourth sticks out as that odd breed of Pavement songs written by Spiral Stairs née Scott Kannberg. It's not that "Date with Ikea" was a particularly weak song; indeed it is one of the better Spiral wrote for Pavement (the best being, at least to my mind Wowee Zowee's "Kennel District"), but it had that distinctly epic feel that most of Stephen Malkmus's compositions lacked. On Terror Twilight, Pavement's last record/Malkmus's first solo endeavor, there were no Spiral tracks and few complaints on the subject.

Malkmus and Spiral went their separate ways, Malkmus forming the Jicks and Spiral the Preston School of Industry, and most bets favored the former. While both of their first solo records were weak, PSOI's All This Sounds Gas was a particularly low point in Spiral's songwriting career. The tracks were nonsensical, overwrought with emotion, and poorly played and produced. Even in comparison with Malkmus's listless self-titled affair it came out poorly; at least Malkmus had a few b-sides to redeem him ("Leisurely Poison" and "Sin Taxi" beat pretty much everything on Stephen Malkmus with the exception of "Discretion Grove").

PSOI's second album, Monsoon, manages to reestablish Spiral's name in the indie rock world. Clearly somewhere along the line Spiral got the hint that maybe he had to revise his process. My money is this took place when he was touring around the country opening for Wilco (surely enough to drive anyone to insanity; "American aquarium drinker?" what the fuck?). Surely if nothing else the involvement with Wilco has had an effect on the album. All current members (um, I think that's as of before Tweedy's last tantrum) of that dynamic alt-country crew make guest appearances on Monsoon and the twang levels have been drastically increased. The line-up of PSOI proper seems to have changed entirely as well, which serves Spiral well. Kannberg has also said in interviews that the songs on Monsoon are all new material, as opposed to the grab bag from the past that was All This Sounds Gas, and the focus shown on the song craft betrays a depth not yet demonstrated in Spiral's work.

The album begins with a distinctively crappy Spiral Stairs guitar line that sounds disturbingly similar to any number of tracks off All This Sounds Gas. "The Furnace Sun" manages to come out alright, but probably would have fit well on PSOI's previous album. "Walk of a Gurl" really gets things going in the right direction; Spiral starts off with a harmonica piece over a simple enough band arrangement. His delivery on the song sells it, and although he lacks the wit of Malkmus or the poetry of DC Berman, Spiral is still able to write a pretty convincing rock song. "Caught in the Rain" proves this as well. Working on the overarching rain-related theme of the album (Monsoon, rain, you get it?) Spiral manages to throw together a catchy little single riding what sounds a hell of a lot like a banjo piece.

"Line it Up" is straight-up indie rock, right down to the quiet, repetitious final verse over a driving guitar line. "So Many Ways" works well as a ballad without falling into the over-dramatic mold that seemed to be fixed for Spiral. The multilayered vocals on the chorus throw the verses into relief, the slide guitar shines, and Spiral comes off as sincere rather than just glib. The quality of the backing band comes through especially on "If the Straits of Magellan Should Ever Run Dry." The drum build-up in the intro plays well into the upbeat song and the breakdown in the middle is placed perfectly in another catchy track.

On "Her Estuary Twang" PSOI works especially well as a cohesive unit and the song again comes off well, if not especially inspired. "Escalation Breeds Escalation" rides a cool guitar/drum interchange but much like "Get Your Crayons Out!" leaves the feeling of emptiness, at least lyrically. "Tone it Down" finishes the album extremely well; the synth line at the beginning spreads outward and the introduction of acoustic guitar and mandolin work well with laid back, quieter feel to the song. The break down around 2:20 and subsequent fade out of everything but acoustic guitar and vocals works wonderfully. Then as the vocals start looping over each other and the band builds back in you get the feeling that perhaps Spiral deserves a second chance.

It is, of course, at this point fair to ask whether Spiral is getting away with such praise because he created a quality album or because he was in the best indie rock of the album and certainly blew his first album out of the water. There is no way to fully rule out the latter factor, but I honestly endorse this album fully. Monsoon holds up well against most competition in the indie rock world these days and PSOI's altered line-up, combined with Spiral's newfound songwriting talents, really make for a solid and pleasantly surprising piece of music.