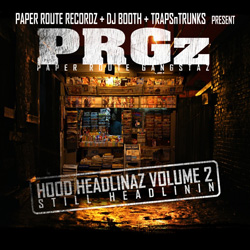 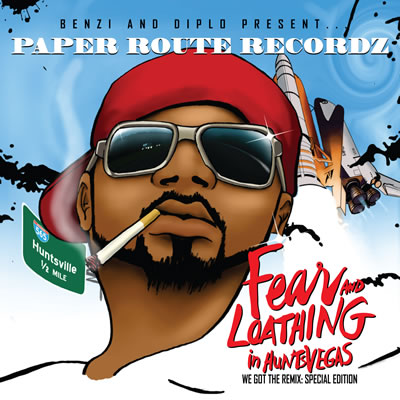 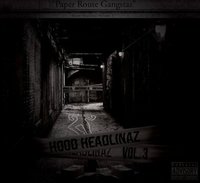 The myriad subgenres and scenes that compose hip-hop are frequently movements that emerged out of a seminal release or two. Organized Noize’s work on OutKast’s first two albums helped shape the murky ATL sound that’s so prevalent in Southern hip-hop. Drake’s mixtapes and debut album were at the forefront of crooner-rap. The Chronic (1992) established G-Funk. So, it’s strange that my first thought when listening to the new Paper Route Gangstaz tape was “G-Side have arrived,” because neither of G-Side’s two members, ST 2 Lettaz and Yung Clova, make an appearance on this mixtape, but their specter looms over the collection’s entire 70-minute runtime. G-Side, working almost exclusively with the Block Beataz, have woven together a slew of sounds—dance music, screwed up Houston shit, OutKastian sprawl—and created a subgenre of their own, a sound unique to Huntsville, Alabama.

The PRGz draw heavily on this sound—five of the beats here are supplied by the Block Beataz—but where G-Side make music that oozes positivity and high-mindedness, Huntsville’s second most famous rap outfit elects to stick to the basics: hustling, weed, money, money, hustling. Fine with me. Throw that shit over some hot production, and I’ll blast it all summer. Which is precisely what the PRGz do; they’re great at churning out uncomplicated hood music which sounds best at loud volumes over a few glasses of brown liquor.

For a quartet of rappers whose content is so firmly tethered to genre tropes, Jhi-Ali, Gunt, Mata, and Dawgy Baggz are a distinct bunch. Their chemistry is palpable, and they each attack the beat with their own distinct voice and flow. By the end of a burner like “Off the Porch,” the track peters out from pure exhaustion like one man assaulted by four. The group also possesses the irrational, charming arrogance that exists only in relatively nameless mixtape rappers—the type of declarations you repeat under your breath in empty alleys. Essentially, they feel themselves brilliantly. “Homicide” contains the hook “Whip game killin’ / Flip game killin’ / Outfit killin’ / And my bitch killin’,” and on “One Night,” Jhi-Ali delivers what could serve as the PRGz’s mission statement: “I woke up / And, really, that’s enough, but / While I’m here, might as well go get some bucks up.”

The most interesting aspect of Hood Headlinaz 3 is the way in which it expands upon the sound established by G-Side and the Block Beataz over the past few years. The title track, were it more grand, would be pure Lex Luger, but it stops short of that; the drops don’t thump so much as undulate, haunted. “Rocket City” is Houston riding music with the electronic flourishes characteristic from Huntsville beatmakers. The distinguishing factor in the PRGz music is that, using the producers they do, everything they produce, hood as it may be, sounds downright high-end. This is beautiful music, like a rich oil painting…an oil painting of trapping and chain-jangling.

In fact, that might be Huntsville’s legacy—trap-hop ballooning panoramically. While G-Side talk about building a their own mini-empire, they’re really just using different terminology for stacking paper. The PRGz are their spiritual cousins, perhaps more concerned with the grime and garbage of the street, perhaps on a few more drugs. Together, along with a stable of relatively nameless producers and even more nameless rappers, they are building a scene as viable as Compton or Miami. It’s strange to say that a tape so clouded in weed smoke is legacy-building, but here you go.