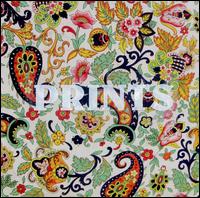 I might like Destroyer a lot more if Bejar could funnel his writerly aimlessness into music like this. Prints are eccentric in a similar way, except railroaded by cogency rather than vice versa. On “Easy Magic” they ask “Is it magic if it’s easy?”—rather prescient given the demystification today’s acts are immediately subjected to thanks to the rather contentiously-termed blogosphere. The sentiment lends my admittedly late visit to this mini-album a kind of inclusiveness that comes of humble worship at the temple of pop, simple introspection at the song at hand, and humorous self-deprecation. There ended up being no wizard behind the curtain, but one infers that Prints still think the guy back there working the levers is a pretty complex character worth knowing.

The music is indefinite pop, the kind with roots that stretch on for forever, but it’s the unpretentious embellishments that are refreshing to the ear. “Easy Magic” might be the rock candy of the Shins run first under a tap and then with lint stuck to it, but contrast that with the stop-start shimmer of “Pretty Tick” and electro-bop of “End,” which is incessantly listenable. Prints also manage to squeeze another instrumental and four more solidly melodic pop tunes into what might have been, with a few more songs appended, one of the most consistently enjoyable albums of…well, last year I suppose.

There’s a veritable array of instrumentation at play, produced to perfection, but the sprightly darts of composers Nelson and Thibideau are never shouted down by The Artist’s most worshipped demons. Where Bejar’s verbal diarrhea and sub-par jam excessiveness is time and again rewarded for its facile approximation of the complex, Prints embroider time-tested formulas with stylistic flourishes that are surprising and creative in addition to being intuitive. The blips of “Easy Magic” are as naturalistically dropped into this steady chug as the whistling in “Too Much Water,” or that song’s cut up vocal performance in the second verse.

This is a meaty record, one that’s music demands repeated listens, which is a surprise given a cursory glance at what would appear to be a sparse track list. The sashay of “Blue Jay” won’t immediately announce the funk bass or distant flutes that run beneath; the instrumental “Meditation” is run over roughshod the first time through; and the not-quite psychedelic “I Wanna Know,” with its patient build over syncopated rhythms and central piano line, can strike you suddenly on the who-knows-how-many-eth listen. The dual blessing of an album both accessible by virtue of a great opening track and revealing the hidden treasures of later listens may in fact have been made possible by the brevity on display, qualities that Destroyer might do well to pay attention to, should the obfuscating mists of his many confused accolades not too heavily shroud the way.