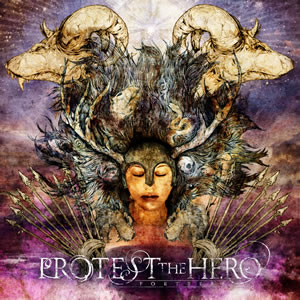 Q: Hi Mark. This is Clayton Purdom. Imagine you and I were in the same room and I put this on and said that it reminded me of Grindstone. Help me out.

A: Fine, but, shit spackles, is this the soundtrack for 10000 BC or something? I wish my hair were made of chimeras and I had…arrows on my shoulder pads? I mean, I’m all for designing cool armor-y duds (dear HBO: green light that A Song of Ice and Fire project), but…what purpose does that serve? Simple physics, people: the stems on those arrows are so long that even if some poor enemy were to happen to be lifted up into the air and escape the animal hair’s awaiting jaws only to land unsuspecting on our hero’s shoulders they’d just break before piercing anyway. Is that what I’m protesting? Exhibit A: bad character design.

Exhibit B: or is it the “Goddess Bound”/“Goddess Gagged” duo that lazily victimizes women, compares mothers to goddesses, compares music to fetuses, compares birth to silence/death (for the goddess/mother), that buries daughters and prays for sons, that seems to have little to do with actually binding or gagging anybody (especially putting a muzzle on this goddamn band). Or “The Dissentience”: “Somebody’s little girl / Dreams of the things she’s read / Or the monsters in her bed / Who hacked her to blood-meat.” Let me state it again: the misogyny irks, no question, but even moreso because it’s so fucking lazy, like bands can’t see past the bullshit and just fall into these tropes. Which prove what, exactly, is my next question, because: I’ve studied the lyrics on this album, but I’m at a loss to tell you what, for all the emphasis placed on its three “song suites,” story these lyrics tell. Or at least a cohesive message beyond “listen to ouuuur oooold meeetaaaaal staaaaaaaanbyyyyyyyys!” Really: “it’s 2008” is such a dumpy argument, but…it’s 2008! Let’s move on from rape/dismemberment narratives, because when Pig Destroyer releases their 2008 Tentacle Rape anthology I’m burning the board I’m already off. The one where dudes stand around solemnly staring straight at the camera all “grrr. Bow to my weeny” before sending me hate mail that Slayer is a band and not a reference to Buffy the Vampire Slayer. Really?

Or maybe this album has them thinking, “If Mars Volta were more technically precise and less sloppy, would you for Jesus give them a break?” Follow me down the rabbit hole, here, but be careful: the walls are ribbed with guitar riffs, presumably for our pleasure. Here’s the thing: y’all know I prize music/artists with a sense of humor. It’s why I like King Crimson and the Spice Girls; it’s why I thought Interior Designs was so awesome last year; it’s why I eek out my incredibly complicated relationship with Mike Patton, because he’s different when he’s alone with me than he is in public, y’know? But humor…we all know people who think they’re funny, right? Protest the Hero tries the Genesis tactic of reveling in the carnivalesque but ends up somewhere more around “what if we threw in a polka breakdown for shits and giggles?” What if, right? I mean, what does happen when your music is the textual equivalent of a million punchlines with no set-up? This album is the heaviest, precisest reading of “orange you glad I didn’t say banana?” ever, which: whee!

And sure, yes, these Whitby kids can play. And I’ll cop: the Misfits, who I love, couldn’t, but when Danzig intoned “Hack the heads off little girls / And put ‘em on my wall” it worked (if it wouldn’t necessarily fend off criticism) because the band was so tongue-in-cheek about their whole image that any catharsis or emotion or narrative solutions did not simply rely on the idea of young girls being decapitated. It relied on the ludicrousity of Danzig saying it in the first place. In the same sense, when the band leaps to that polka route on “Limb from Limb” it’s a joke that is meta to the music: there is absolutely nothing to the moment other than, “hey! Here we are, in this instance, at this moment, in this place, playing a polka riff. Stick around for some mutilation and limb hacking.” Now that’s a well-constructed metaphor.

But really, C., I’m not even sure how to calculate a response, since to me that’s like saying Phish reminds you of Funkadelic or something. Now, the actual answer is: shrug, roll my eyes, sigh, and pinch your cheeks saying, “oh, Clayton!” The more meaningful answer is: it’s part concept, part maturity (as bad a descriptor as that is), and part duh. Superficially, these are the way these bands compare: metal-tinged technical proficiency with a penchant for non-metal detours. Except that the Shining are a jazz group first, sucking off the historical lineage of King Crimson, Genesis, classical, Massacre, free improv, electronic music, Morton Subotnik, Wendy Carlos, Supersilent, Norway, supernovas, dark woods, the Orb, Aphex Twin, road kill, and the Holy Roman Empire. Protest the Hero suck off the idea of metal tropes and also think they have a sense of humor, which: see above. This is in the wheelhouse of 300, where the stories are built for your average Joe male who wants to fulfill the ecumenical and societal promise of his own penis whether with a guitar or a sword or a mountain to climb; the Shining could care less about that shit since we’re all robots anyway and when all of us have sex we’ll deplete the world’s energy resources by short-circuiting the moon. Mythopoetics suck next to Charles Fourier, and every Iron John jobber can flat up blow me if they think an album like Fortress actually works as a powerful symbolic codpiece.

Which is off track, Clay, I know, since all you’re asking about is why one frenetic intradisciplinary metal album is more rewarding or good than another. The Grindstone revels in carefully connecting dissonant ideas and styles to explore the inefficiency of language and labor (or however else you decide to interpret the title, lyrics, or juxatapositions). Is it geekily impressed with itself? Probably a little, sure, but the wankery is embedded and encoded within an exploration of communication and sound. Fortress is impressed with itself, a walled-in space for individuals (mostly men, I assume) to keep siege against an encroaching world that increasingly thinks this sort of bullshit is, well, bullshit. One riff, two riff, red riff, blue riff, ladders connecting to the parapets and catapults built in the yard, treasures protected within, everything so dark and gritty and mysterious; open the gate, though, and it’s a bunch of dudes prancing around with feathers on and high-fiving over getting laid.

And, like: nothing wrong with getting laid, or writing a killer riff, or climbing a mountain. But if you conflate those things to the point where your music sounds like you think your sperm tastes like cotton candy, you’re rocking the wrong kind of spunk.