1. Many Jewels Surround the Crown
2. A Meal Can Be Made
3. Bermuda Drain
4. Watch Silently
5. Palm Tree Corpse
6. There Are Still Secrets
7. Let’s Make a Slave
8. Myth of Sex
9. Sugar Cane Chapel 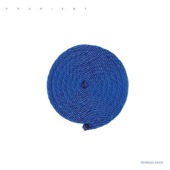 So intones Dominick Fernow, aka Prurient, on “Palm Tree Corpse.” Calmly at first, over funereal synths, then later screamed to the point where all other accompaniment is almost drowned out. Call it ridiculous or shlocky but Fernow seems to recognize it as the tired horror trope it is: “But it’s already been done.” Over the course of the track, the lyric transcends its origins: it’s disturbing and then kind of pathetic, the sense of stasis and frustration creating pathos and then making you hyper-aware of how fabricated and itself disturbing that pathos is, which in turn produces the realization that trying to analyze something so clearly nihilistic and crass is perhaps a symptom of some absurd and frightening human condition, and so on and so on in a cycle of abject discomfort that Fernow has always been a master at cultivating. All this out of what is essentially the most exploitative scene from the first Evil Dead movie.

He could also be talking about the state of noise music itself. The desire to push music as far as possible (but into what?) culminated at some point in the last two decades with the realization on the part of a lot of its practitioners that harsh, high-volume, metallic dissonance no longer could sustain on its own the shock of the new, let alone anything else. Like the most graphic horror films, this kind of noise was the first to grow into a parody of itself. Prurient seemed to suggest there was still some vitality in extreme noise in the early 2000s, projecting an image of a deadly animal caught in a trap, but even then it was more about contrast than constant abuse. Nevertheless, without implementing a strict linear development where one clearly isn’t warranted (perhaps a cyclical revolution around a void that cannot ever be fully approached, like that cover shot, would be more accurate), his move into less immediately abrasive terrain seemed inevitable. This is not a branch of music that thrives in a comfortable niche.

The resemblance to the career trajectory of Swans seems pertinent: both acts exemplify ideas of performance and conceptual art in noise and both see anomia as a kind of spiritual catharsis. And like the direction the former took with the arrival of Jarboe and a new focus on actual songwriting in the late ’80s, Fernow’s more melodic output on Bermuda Drain is somehow even more punishing, a new development in the ongoing creation of what he calls “negative energy.”

I found the superficial similarity to Nine Inch Nails off-putting at first, but whereas Trent Reznor puts his own shit on a pedestal or wraps it in a cloak of impenetrable misery, Fernow seems to be documenting the world’s destruction in tandem with his own, giving the audience at least some level of narrative involvement. Bookends “Many Jewels Surround the Crown” and “Sugar Kane Chapel” are spoken word pieces over synths so cold and smooth they seem to reflect light. The lyrics are abstract and often indecipherable, but seem to detail fragile fantasy worlds about to fall victim to vague elemental forces. The feeling is specific but the images are impressionistic and inscrutable, which somehow makes them that much more effective. The former starts with a bloodcurdling scream and the latter ends with one, but they both carry more of a subtler sense of unease than a visceral horror.

One lyric stands out: “Only you and I make eye contact.” Detailing a world of bleak surfaces, Fernow finds uncanny ways of restoring a sense of physicality through soulless machines. Often times this registers as intimacy fighting its way through anonymity: “Let’s Make a Slave” approximates the feeling of a massive body moving through water while Fernow seems to whisper through the static right in your ear: “Give birth to something dead.” On “Myth of Sex,” it’s hard to tell if he’s even using words anymore, just a weak, breathy voice echoing someplace dark and deep underground, the killer’s dying sighs. His narrators can seem needlessly cruel at times, but when they grip you in a headlock with every ounce of strength they have left, you can still feel their pulse.