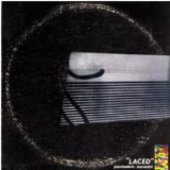 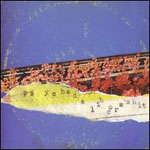 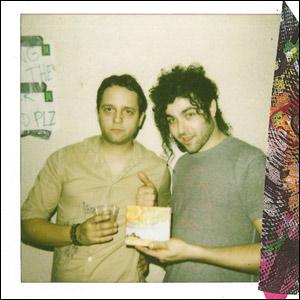 These guys’ first record, the irascible Magic Flowers Droned (2007), is something of a modern classic. That’s no joke: it was fun, it was raucous, it rocked with a sense of humour, it sounded totally trashed but also benefited from an incredible mix-job so that everything—every buck and twitch of guitar fuzz—was put down on tape with the clarity it deserved. This wasn’t about hiding the songs beneath a thick glaze of hiss; MFD was all about totaling its sonic landscapes. And the band rode this immense clatter, over and over until the enormity of the mess couldn’t be fathomed—they were having fun, and so were you. So how the hell did they make a genuinely great album out of complete shit?

Too Many Hits, their first recording since, goes some way in further defining their singular aesthetic. Released as a double 7” at the tail-end of Columbia Discount’s 2009 Singles Club, this limited edition release is the product of careful consideration; that is, a bit of carefully timed madness. If you do some googling you’ll find word of frontman Matt Whitehurst mic-ing up cardboard boxes and filching all sorts of objects in lieu of “real” instruments. It’s another step forward for the band. The immediate referent is Pavement’s Watery, Domestic EP (1992) and, specifically, its unashamed forays into pop territory. Like Malkmus and co. in their gonzo prime, the tracks here house clamor and pandemonium, but in quotidian servings. Songs find their grooves amidst flippering drums, backward guitar slides, and the shoots and shudders of various unnameable objects, almost nothing tuneful to allay the wonk. But that it all sounds so gloriously practised, so deliberately put together, allows this to become the sound of a band that takes as its number one incentive the need to entertain.

No longer the sonic equivalent of body parts in a vaguely fleshy suit, now the band’s adopted some muscle. This is the first Psychedelic Horseshit record, I think, that could be reasonably pulled off in a live setting. They have some killer tracks to thank: “Let Down (And Hangin Round)” dollops out generous scoops of guitar skronk atop a slip n’ slide riff; “Out of Control No. 36,” I swear, is like a methadone-d Badly Drawn Boy, evidence enough that this band can infect the quaintest pop hooks with its own special scarlet fever. Throughout the record Matt Whitehurst rambles in a disaffected monotone, “The people are idiots…Take everything that you know / Throw it all into a hole / Because it’s DUMB! ... Don’t you see / That I’m BORED?” By the first side’s end he’s sounding like a talk show host about to be stoned by his audience members. And as the noise piles on, his performance just becomes more fuck-you, more transcendental, more triumphant; on “Future Possibility Reclaimed” he’s a bust-out Dylan, slurring at the megaphone.

Because this band does rule, it’s kinda tragic they got inevitably by-passed in the last coupla years’ shit/lo-fi/bro-jam love-in—no help their being called Psychedelic Horseshit; the kids can’t handle literalism. But this is another important, singular release by a band that, I think, really matters, turding out music defining and destroying a genre in one fell swoop, delivered by a hothead frontman who is truly mad-bats but also makes a whole lot of sense. (He thinks “WAVVES SUXX,” which: they do.) They make classic albums out of complete shit because they don’t claim to be doing anything less. So here are more ancient ditties left bouncing in the echo chamber; Too Many Hits reminds us there’s been nothing like it since.