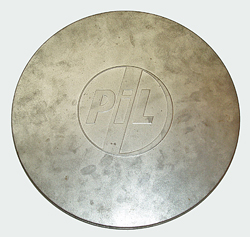 If there was anything Sid and Nancy got wrong in terms of psychological accuracy, it’s Johnny Rotten/John Lydon as jealous of Nancy Spungen’s heroin-Yoko act. That idea isn’t even in his vocabulary. Envy, desire, even pride in anything but that soulful sneer of his—nothing like any of that could ever depend on other people. What, in fact, set his discography and public persona apart from the rest of his first band was how bulletproof his defenses were. If Sid Vicious represented the total tuning out of the world, Lydon represented the opposite: how to absorb it all and still laugh back, life as an empty canvas to graffiti truisms—funny or sad, always black. While his comrades in arms were waffling about whether they should stay or they should go, Rotten authentically didn’t give a shit, and nothing neutralizes opulent self-regard like its lean, hungry antichrist.

Eventually that kind of extreme outlook translates into shitty albums and butter commercials, but while he still had something to prove, Lydon turned his own taste of nihilism into thrilling music with a voice and bandmates to give it life. More than Never Mind The Bollocks’s (1977) air-raid siren blues riffs or the dubby terror of Public Image Ltd.’s debut, PiL’s second album Metal Box, which turns 30 this year, represents his most effective marriage of medium with message. Teetering and raging around Jah Wobble’s meandering bass lines and Keith Levene’s pinging guitars (for which the abused critical shorthand “angular” was invented), Lydon found soulmates to birth noise with. Together they created a tar of groovy numbness—pointedly rejecting the fake highs and crushing lows that rock music, forever adolescent, had wallowed in. Metal Box is still childish because it’s also afraid, moving past the indignation and rebellious fervor of the Sex Pistols and finding nothing but compromised emotions suspended over the abyss.

And what can you do with an abyss other than shout into it? By Metal Box Lydon had dispatched the humor of the Sex Pistols or stuff like religion and sex, so what was left other than to scream, bellow from one’s core, intransitively? Over apocalyptic funk—discursive guitar arpeggios, deep bass bounce and phased-out disco drums all mixed absolutely, no mid-range—Lydon goes to places authentically scary enough that after the following album, 1981’s The Flowers of Romance, he wouldn’t go back, slumping into poppier expressions of aggrandizement and hilarious paranoia. He sings about his mom fucking dying, for chrissakes, on first single “Death Disco,” which went top 20 in the UK. (One of the greatest moments in television history is Public Image playing “Poptones” on American Bandstand while out promoting the album, a truculent Lydon not even pretending to lip synch and instead pulling the befuddled studio audience onstage to dance with him.)

In any case, when the Krautrock rumble of opener “Albatross” finally chugs to “I know you very well / You are unbearable,” it’s as if Lydon is pleading with his scene, the one that gave him license and life, to get to the fucking point already. It doesn’t make for the kind of record you can bring out while you’re enjoying the finer things in life—getting some, engaging in close emotional relationships with other human beings—but there’s a backbone in the album steelier than the metal from which the film-canister sleeve is made, an all-knowing unsympthetic ear, an abyss all its own, an abyss that’s survived long enough to seduce both mainstream acclaim and the indie type, mostly by being smart enough to know that pure noise can function as a prelude to pure pop. Or knowing that your audience is fucking stupid.