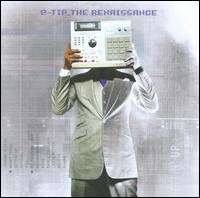 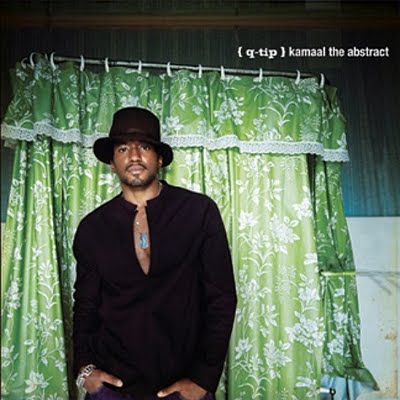 With The Renaissance (2008), Q-Tip assured his place as one of the great career artists in hip-hop, moving from legendary early work to a position as confident elder statesmen with a smattering of interesting excursions and overreaches dotting the path. But hindsight, as they say, is 20/20. When Arista famously shelved Kamaal the Abstract in 2002 despite positive pre-release hype, Q-Tip had the air of a flameout, having released both a flimsy final Tribe record and then an intermittently buffoonish solo dive into the mainstream (the immortal “Vivrant Thing” notwithstanding). I can say now that Q-Tip is a great career artist, but what I mean is that he’s a great album artist—and in 2002, Arista was looking at marketing a new album by an album artist coming off two shit albums.

It’s strange what a difference The Renaissance has made to this narrative, how firmly and unflashily it refuted these millennial failures, but the e-murmurings about Kamaal the Abstract since its shelving may have eventually assured this legacy anyway. In hindsight, it slots neatly among other millennial post-R&B genre-fucks like Voodoo (2000), Aaliyah (2000) and particularly The Love Below (2003), jazzy big-budget attempts to push mainstream R&B/hip-hop past like “Ja Rule feat. Ashanti.” Pitchfork recently shirked Kamaal‘s jazz aspirations as instrumentally insubstantial, but this misses the point: Q-Tip was in love with the tones of jazz, not its academic underpinnings. Hence, after all, Tribe’s loving and perfect loops, and what occurs on Kamaal is less an attempt to marry hip-hop with classic jazz in a formal manner than merely an unraveling of those loops, still within the context of contemporary pop. Jazz instrumentation is treated throughout Kamaal like rock guitars on an OutKast track, not aspiration but dominant ingredient.

The resulting tracks are sinewy, likeable stuff, with a sense of ebb to their boom-bap that forecasts Badu’s New Amerykah (2008) moreso than Q-Tip’s own follow-up. One laments that this emcee edged closer to R&B when his hip-hop skillset is fairly unparalleled, but a track like “Blue Girl” sets itself upon a tight-locked rhythmic heave-ho upon which delicate melodies and piano solos pirouette smoothly, while “Barely in Love” shows a strong melodic hand wed to a Brian Deck kitchen sink percussive freakout. The record’s highlights, though, remain the deep-exhalation moments when Q-Tip finally gives listeners the butter-drip straight-rap for which they pine, like “Even If It Is So” or the earlier “Heels,” which in its alloying of big Steely Dan synth chintz to deep-mic snare cracks forecasts a lot of the best Neptunes work of the ensuing decade.

It’s telling how much Kamaal the Abstract begs comparisons to these other records and artists. It’s not that the record is so unclassifiable—shit is downright pleasant to listen to—as it exudes the confidence to acknowledge its influences and contemporaries with the same convivial grace that has marked Q-Tip’s entire career. I mean, has there ever been a better “history of rap” rap than “Life is Better”? And maybe best that he drop it surreptitiously now; he couldn’t have picked a more welcoming listening environment than the internet circa Fall 2009 to be a mainstream rapper pleading for serious singer/songwriter recognition (by the way, Kid Cudi: 65%). It is unfortunate that this line of questioning leads me to think of the phrase “post-808s & Heartbreak world.” But then, Q-Tip always had a way of excelling without exactly innovating, a quality most prevalent on this album, the staggered seven-year leak of which only feels correctly timeless.