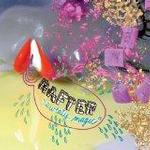 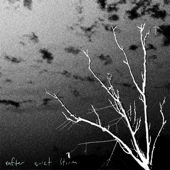 The Sweaty Magic EP (2008) has nothing on the big, sweaty, hot mess that is Rafter Roberts’ voyage to the darker side of dance-pop, Quiet Storm. More conducive to headbanging than, uh, conducive to banging, Storm is the site of Rafter, now based in New York after a San Diego rearing, turning, in no half measures, from the vein of sexytime-pop and R&B influences pursued through Sweaty Magic and previous LP Animal Feelings (2010) to a full-on, metal-influenced brand of old nihilism.

While footnoting bands like the Kinks, Quiet Storm really sounds more like Phil Elvrum airing a huge crush on Sleigh Bells. It accumulates and crashes, builds and furrows like Mount Eerie’s recent forays into metal, with nothing but a thin thread of catchy hooks tethering it ever so loosely to the dancefloor. Rafter’s studio work (owning his own space as Singing Serpent) with Fiery Furnaces and habit of listening to metal demo tapes in the tour van have been inserted into the band’s often mad-lib conglomeration of influences, this time in place of the likes of Justin Timberlake, emerging in a rapturous amalgam of busted-ass speaker bass played with that high school drumline rat-a-tat. These are beefy, barrel-chested metal beatings swelling with distortion to consume roughly ninety-five percent of the airspace—meanwhile Roberts’ comparatively tiny voice shines like a single, bright scrap of metal amidst the dank squall.

There’s little else to Quiet Storm besides that. One won’t witness any belching brass à la “Timeless Form, Formless Time” or catch more than a breath of backing vocals (mostly because it’s nearly impossible to even catch Roberts’ lyrics). Gone are the Auto-tunes; gone are the optimistic, wheedling peals of guitar, now confined to a raw, rock-out wail in opener “Convenience or Death,” or to a shred here and there, coupled with a shrieking bouquet of tortured strings in “Braden’s Song.” The plucky cowbell drumming of Rafter’s previous albums? Here it’s replaced by coarse clangs, like someone forcibly driving home railroad spikes, in “Nothing Here Worth Stealing.” Also gone are the come-hithers like “you’re my girl” and “get on the dancefloor”; instead, Rafter dabbles in jargon pinched from his influences, tweaked and skewed by his own brand of peculiar humor. You can see Roberts smirking through bleakly impending track titles like “Convenience or Death” and “Coldness of Space.”

Noteworthy are the less expected and extremely subtle island influences: the Koji Kondo electronic bleep-bloops replaced by a thin trace of what sounds like steel drums run through a synth filter, or an entire Caribbean overhaul at the tail end of “Coldness of Space.” A similarly curious KC and the Sunshine Band turn of disco-chorus whispers through the onslaught of hurly-burly distortion in “Pummelled.” I don’t know what the fuck that’s all about, but it ain’t all bad. Uniformity, though, can make it difficult to finger a place for this album, outside of brooding while being grounded by your parents and editing your Nixon-style enemy list.

The sweaty, sexy Rafter is gone, and at least for this album we are ushered into a new aesthetic overwhelmed and overcome by the murkiest and most imposing of metal. Not easy-breezy aluminum—I mean like Ununoctium and shit. Perhaps having exhausted his dancing-in-a-fedora music direction, Quiet Storm is less of a house party and more like glowering in your apartment, listening to the dance music of your upstairs neighbors’ party as it’s filtered through your shitty building’s floorboards, the trashy beats rumbling and gathering like storm clouds. It is an album that festers alone and, in the wake of its popular dance-savvy predecessors, isn’t too likely to get invited to many house parties this summer. Which Rafter had to see coming.