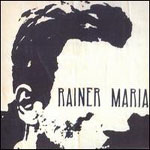 Catastrophe Keeps Us Together

An apology, or a caveat, or a disclaimer, or whatever, but this review is about my personal life. Anyone at all familiar with this (or, let's be honest, any) website knows by now to expect humorous anecdotes or character flaws to be littered in an exegesis on pop music, and I'm no stranger to this. I've championed the very thing, in fact, but I've been wary to write about solipsist mini-dramas occurring at the time of the writing – a romantic denouement, say – because I don't want to reread old articles and remember things I don't wish to. A while back I wrote a piece on Olympia's Ladyfest wherein I tried to wrestle with depression and loneliness. It was a tenuous and strange time in my life; I still can't read the article without wincing.

However, I'm writing this an hour after I found out that my job has asked me to leave. I'm fucking livid, due not only to the severe cut back on expenses but also the fact that I loathe working where I do. I suppose it's not dissimilar to being dumped by a lover you've grown to despise, and how that makes one that much angrier than the sudden cessation of one you hold dear. "What do you mean, you don't want me," your brain says. "You've got it all wrong; you suck and I'm too good for you!" It's a miracle I can even see straight, let alone sit at this computer and speak in depth of about a forty-five minute album. I'm in luck tonight, though, because I plan on taking all of it out on Rainer Maria. I realize, by extension, that I'm also taking it out on you, gentle reader. For that I apologize, since surely you don't deserve it; rest assured that the creators of Catastrophe Keeps Us Together absolutely do.

But my disgust with Rainer Maria has everything to do with what I hold for myself. So cue my back story: Since September I've been working for a company who provides direct in-home support for people with severe developmental disabilities. The people we support generally have far more severe mental illnesses than simple retardation or autism; I work with adults with violent paranoid schizophrenia, or bipolarity, or obsessive compulsive disorder, or the list keeps going. My job is to make their lives as smooth as possible; this means that I prepare meals, I clean, I bathe them and I also toilet them. I work the graveyard shift, so I also make sure their finances are in order and that no one else is exploiting them (such as one worker who "supported" a non-verbal man with an IQ of 30 to buy Where the Buffalo Roam on VHS). My compensation for all of this is US $8.10/hr, and the joys of sleeping while the world (and, more importantly, my friends and family who inhabit it) wake. My sister makes more as a waitress than I do to clean shit out of people's asses.

Things didn't start really going south until around Christmas, when a man in the house in which I work (we'll call him Calvin) started to act out on me. Calvin is the paranoid schizophrenic affective one (maybe; he's almost entirely non-verbal so it's hard to be sure), and since Christmas has entered a daily routine consisting of wailing all night, coming out of his room, throwing various objects at me and pointing at the door. The latter is his way of demanding that I leave. I can hear his wailing in my sleep (all four to five hours of it). Discussions with my supervisors are promises not kept and remedies unmade. Switching to a new house would not be out of the question, but at least Calvin does not spit at, punch, or shove me, as do the men in the other house where I could work. So since January I've been stuck in permanent limbo, sticking with the devil I know out of fear of the one I don't, unable to afford the job but unable to afford to leave (financially as well as emotionally), and dwelling on the crisis for far too long.

Which brings us, finally, to "Catastrophe," the opening song on Rainer Maria's fifth long player. It binds three chords together at the when-the-fuck-is-this-light-going-to-turn-green length of 5:23. Chan Marshal at least had the decency to keep some of her snoozers under two minutes; "Catastrophe" is just as limp, but somehow a power trio needs three times as much of your life as do seasoned Nashville pros. While not as obviously pointless as Marshall's "After it All," (I can remember the chorus to "Catastrophe," though this could perhaps only be because it is also the record's title), it is just as circular, which really means it's fucking stuck on a loop they don't know how to break, like every day I've been working. Worse, it puts on a feint of conviction – the guitars are distorted and jangle, the crash symbol is being driven hard, there is a choral round in the final minute. It is profoundly – depressingly – unconvincing.

So who cares about Rainer Maria? Well, back in the mid-nineties, when one could count the emo fans in their high school on one hand (or none, if you were me; I didn't come across the term until either late 99 or 2000, when I initially thought it was an in-joke between New Jersey punk bands. Cursory viewing of MTV2 recently leads me to think this isn't so far off the mark), they were one of about eight zillion wide-eyed, ultra sincere, emaciated bands coming out of the cold confines of the mid west. Past Worn Searching was a ragged, sometime off tune and rackety album with garish guitars and drum fills aplenty. They were only fooling themselves: Caitlin de Marrais and Kyle Fischer's full throated wail was the real substance of the band, and for all its outward rancor, in reality it was the kind of aw-shucks gee whiz sing along to the windshield of white suburban youth everywhere. 1999's Look Now, Look Again is more 'like it; sub-Guy Piccioto wrangling gave way to lilting arpeggios and suspended chords, the singing was a bit quieter, the production crisper. It helped that it contained songs like "Planetary" and "Broken Radio," which Panic! At the Disco couldn't follow with a poster-sized flowchart. It remains the gold standard of mid-nineties Midwestern indie pop. (He said; now quick, ask him what his favorite Piebald song is, or what he thought of Cursive, or to name three songs in any Kinsella brothers project.)

Then the band moved to New York, de Marrais and Fischer broke up, and a few records later they released the violent and angry Long Knives Drawn. It alienated the colored vinyl, messenger bag and moth-eaten sweater crowd; I loved it. De Marrais had grown up, and was pissed off, and had all along been hiding one of the most confident, ballsiest vocals in the game. Fischer had no choice but to take his uncertain warble and hide behind an amplifier, and good thing too. The record had genuine teeth as opposed to the feigned emoting on Past Worn Searching, and if the guitar work was more subdued than the rhythm section more than took up the slack. Lunging on the title song, driving through walls during "Mystery and Misery," whirling like F5 tornadoes on "Ears Ring." And goddamn, where had de Marrais' diaphragm been hiding? Lyrically, lines like "Let's get over each other/so that we can fall in love again/won't you hold me? Make believe that you don't love me" can only sound good in a song, but of course while it's playing it's bulletproof, as righteous as a million preachers and their choirs.

So what went wrong here? Well, Long Knives Drawn was the band's definite break with emo. It was a smart decision, since the scene from where they came had exhausted itself and some freakish result of inbreeding had taken that name to market and bought a fat pig. Bereft of the resentment fueling that record, however, Rainer Maria minus emo trappings equals conventional rock band, and a rather uninteresting one. And three years in the offing we find Catastrophe Keeps Us Together, as bland and timid a record as likely to come out in the strikingly boring year of 2006.

At this point I'm supposed to offer track by track evidence of this, but every time I press play on my Discman I get about halfway through the song before throwing the headphones down, hopeless and despondent. I can't even muster the professional courtesy to press the skip button; why the fuck should I? Records like this are personally insulting; it's phoned in, and since unlike the band I care that you're taking time out of your life to read this I have to resort to autobiography. I'm not sure how true that is, but fuck it, I'm upset. "Life of Leisure" finds Fischer slashing dissonant chords, "Burn" is a poor rewrite of the truly majestic Look Now song "Rise," "Bottle" has skittish acoustic guitar and I don't care and neither will you. "I'll Keep it With Mine" is a Bob Dylan song that Nico did on the Chelsea Girl, and I'm tempted to say they don't get it but Nico was a dumb racist anyway whose sole credit was that she had the sheer good taste and/or hot snatch to work with Lou Reed and John Cale, and no I've never heard The Marble Index and I like Chelsea Girl but that's the kind of mood this record puts me in, the kind where I make sweeping denunciations of legendary and perennially hip artists out of sheer cantankerousness. Hey, this band has a drummer, a really good one named William Keuhn, who is woefully underused here but finally breaks out on "I'll Make You Mine," not coincidentally the set's best song. He surely could've been used for better effect on the movie-set façade that is "Terrified." I mean, it sounds impressive and all, the snare drum hits big and sharp like Albini, but the part itself is rather staid. I'm choosing this song to be representative of the capital-F flaw in Catastrophe Keeps us Together: the band have given up sounding like a band. This reads like a vehicle for de Marrais' songwriting, which frankly hasn't kept pace with her vocal prowess, which overpowers everything in the mix, like she's singing karaoke over demos, and I don't care and I want to, and you won't on either front, and I don't blame you.

The record's title implies a simultaneous disinterest and desperate hope in what the band is now doing. In the end, of course, it's not catastrophe that binds, but the fear of catastrophe. Any unit of coercion, from government on down to successful rock band, is successful entirely because of the paralyzing fear of what we don't know. What we don't know is the future, but we think we can predict it if we rely on the past, especially past successes and failures. We stay here because we know what we're dealing with, what we can expect. It's why some of us don't move out of our parents' house, it's why we stay in toxic relationships, it's why we stay in jobs that are guaranteed to inflict slow spirit death: the training wheels come off and the threat of injury becomes real. Rainer Maria, then, is like me, and like my friends, and like everyone I fucking know that's in their mid-twenties in this foul decade: bearing all the outer hallmarks of adulthood while being childish to the core; stuck in a rut; finding comfort in what is known; and absolutely terrified because they have no idea how to move forward.