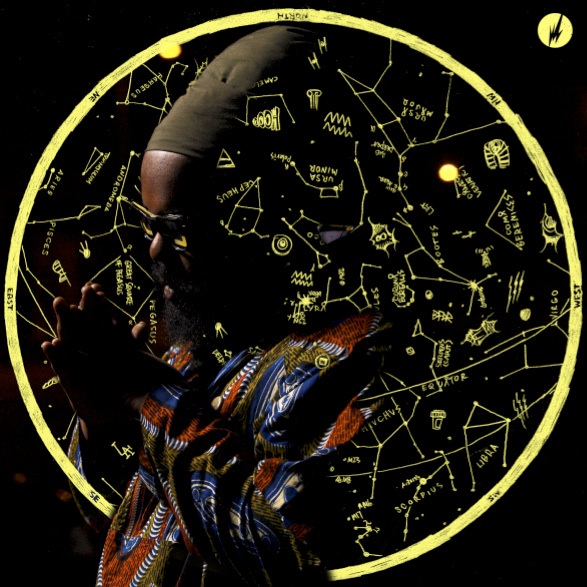 Something was missing from LA. Recently, I was there for a weekend on family business, and while most of the expected ingredients were present upon arrival at the Venice Beach hotel—sunshine, colorful personalities, bongs in every shop (even the mini marts)—something essential was missing. No doubt, it was the beats. I shouldn’t have been able to walk a block down any LA street without tripping over someone with a sampler on some blunted mind-expansion shit. So, for the anecdotally-impaired: there’s a fat ton of beats and beatmakers coming out of LA right now. Samples may vary for some, but it’s generally pretty heady stuff—think Dilla sitting on a smoggy block at night, staring up into the sky in a haze of weed-smoke, thinking of life’s great mysteries.

Ras G throws a curveball by adding some Sun Ra into the mix. Afrofuturism is definitely in element for someone like Flying Lotus (on whose Brainfeeder imprint Brotha From Anotha Planet drops), but it’s not hard to imagine Steve Ellison as a talented guy living next door. I’m pretty sure Ras G sleeps in a hibernation chamber blessed by living deities from Neptune. Just look at that album cover: Ras G’s husky figure, decked out in flowing, colorful robes, shades and a headwrap, and ample beard, encircled in an Easter egg-filled constellation map (check out constellation “LA” on his right arm). To put it lightly, Ras G’s enigmatic presence inevitably weighs heavily on one’s perception of his beats.

Brotha From Anotha Planet is atmospherically unified around beauty, space, and confusion: beauty from those synthesizers and samples that lean heavily on the smooth buzz of a saw bass or the tenderly affecting woman repeating the observation “we’re vulnerable” (the titular “Penny’s Confession”); space from the aforementioned artwork, the cumulus of synth bubbles and background-laying, reverberated echoes of emotional sci-fi debris—think the placental flotsam of the star child from 2001: A Space Odyssey. So what’s the confusion about? There’s a confrontational nature to the beats here, as they often wobble through passages of slipped timing. It’s clear that Ras G hasn’t much use for quantization. Initially, this skittering and slamming of samples against one another is a bit grating, but over time it reveals itself as a sonic reflection of the dense sonic ideas (race relations, what is humanity?, what is existence?, is there alien life out there?) at play. The frustration of a clashing beat is, I have to conclude, intentional; it’s Ras G’s frustration, passed on, avoiding obviousness, to the listener.

Beyond all the conceptual concerns (though those count for a lot here), how are the beats? They’re definitely something. Ras G doesn’t always hit, but he never full-on misses either. Worst case scenario, we get something with good ideas that overstay their welcome, like the modulated synth on “Eunice in White.” At its peak, though, Brotha From Anotha Planet can end up emotionally and physically devastating. “Shinelight” does everything right, with hi-pitched jazz vocalizations weaving in and out of over-present synths and beats and a distant sample of a man planning on traveling through the beam of a flashlight. “Come Down (2 Earth)” manages to further tap into the comforting, utopian futuristic explorations of junglists like 4 Hero, another kindred spirit for some of these new faces. Elsewhere, the discussions are more realistic and accessible, such as the Last Poets-sampling “Nothing But Change,” which does a fantastic tribute to the original.

Brotha From Anotha Planet isn’t perfect, and sometimes the compositional choice to show the seams and imperfections in finger-controlled sampling becomes more a headache than a point of intrigue. It’s clear that Ras G knows conceptually where he wants to be and where he needs to go; he’s especially something to watch considering how saturated LA is right now. Yeah, he’s an immense and intriguing talent, but more importantly he’s, easily, the most dynamic personality of this new generation of beatmakers. So is there something wrong with LA or am I just not looking hard enough?