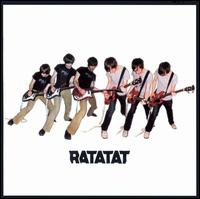 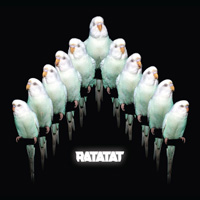 Here’s the thing, Ratatat: I don’t want to come to your party. I know you’ll have a great audio set-up and plenty of high-end booze and glowsticks, but my main problem is that all these things cannot distract me from the fact that I don’t like you very much.

Such would be my pissy RSVP were Ratatat to throw a party, the structure of which I assume would conveniently run parallel to their albums, which is: well-coordinated, flashy, and boring. LP4, like all Ratatat full-lengths, throws a lot at the listener in a facile attempt to persuade the listener that there’s something interesting happening. Ratatat’s music is an aural barbershop pole, the illusion of movement, because this shit has been carrying on for nine-plus years and it doesn’t seem to have any actual direction yet. They inspire in me a lazy sort of cynicism that would surely lead to a gradual, tragic demise if I applied it to other parts of my life—I mean, what’s the fucking point of all this?

Because listening to LP4 is a lot like listening to every other Ratatat record. Commingle flitting blips, some watered-down FlyLo drums, waning synths, and throw one of five guitar lines in the song’s final third, and you’ve got yourself a Ratatat track. The good ones don’t differentiate themselves from the bad ones so much as the good ones shake the snow globe of recycled ingredients in an almost imperceptibly better way. Ratatat are the CSI of indie dance music: I know their fanbase is robust, but how such blandness can inspire devotion or excitement is beyond me. A few friends of mine were unequivocally stoked to see them a couple months ago, and I met that enthusiasm, not with any criticisms, but with acknowledgment of the vacancy in my brain where a valid thought should be. Ratatat, experienced live, as an event that moves some people to a state of tittering frenzy: sure.

LP4 as an actual document falls in line rather eerily with my criticisms of Ratatat as musicians. They are who we think they are. 90% of the tracks here could be described as “slinky” in the most unappealing sense of the word. While the slithering climax of “Sunblocks” is probably supposed to be sonorous and soulful, it just sounds slime-covered, like ham-fisted game from an inebriated anti-Casanova. In fact, a lot of the climaxes here are gross. That “dirty” guitar that’s nearly omnipresent in Ratatat’s output? It starts to sound like a croaking octogenarian pedophile after the sixth consecutive time it’s used to denote “this is the part where you should start dancing harder.”

The tracks that don’t predictably build in the last ninety seconds might be worse, because they don’t even try. “We Can’t Be Stopped” aims for sobering, sad, and maybe a little haunting, but it just sort of sits there for two minutes, a brief glimpse into what waiting through a particularly uninspired high school orchestra concert might be like. As quiet strings and stupid whizzing noises pull the curtain on LP4, all I imagine is Ratatat going, “Alright, party’s over, guys” and all I can think is “wait, is that what was happening for the past 43 minutes?”