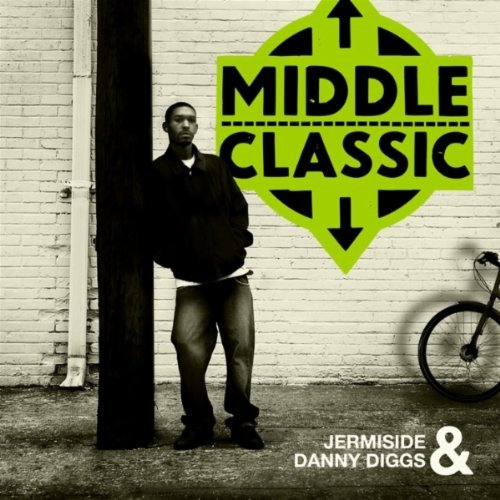 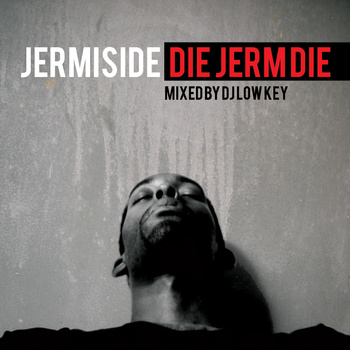 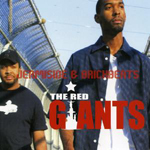 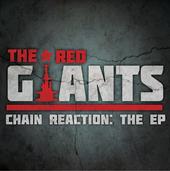 Confession: I may have undersold The Red Giants (2006) a bit. My rating pretty closely correlated to the minor misgivings I had with the group’s MO and their debut’s second half; I had to hope that readers would do the unthinkable and, like, read my review to see just how deeply I felt what this duo was doing right. My anticipation for what the Giants would do next was sky high, eager for a chance to lavish them with praise, to coo over Brickbeats’ throwback nodders and rave over Jermiside’s fleet rhymes. Now that that chance is finally here I can’t just drop accolades because Chain Reaction documents a transition, because they’re actually in the process of giving me what I was originally asking for: a new personal horizon for their brand of rap.

They’re not there yet but you can hear the push. Through cover art and title there’s a smart move away from the Cincinnati Reds iconography that colored their first record. “Fuck baseball,” Jerm and Brick seem to say, “we’re talking about nuclear reactions. We’re talking about becoming a red giant star.” You know when our own sun turns red giant about 5 billion years from now after it gets swole and consumes Earth then sweats the weight off and starts to chill? We’re talking about that kind of blazing consummation of potential before settling into a state of relative permanence. But just as those changes occur over eons this not-even half hour of music is a subtle metamorphosis at its genesis, what Jermiside calls an “emergence” or “breaking through.” As it pertains to this release, the results are definitely…EP-ish. Tough to judge exactly what’s developing, at what plateau the Red Giants will arrive for their next full length.

I imagine an arc here that establishes background, scene, and affiliations (i.e. roots) with the primitive openers “The RGeez” and “Nati Niggaz” then launches at the onset of lush “Ready, Set, Go” into a celestial sphere of next-level barbecue rap, except in this case Clay’s dubious niche distinction would be finally handed over to an emcee capable of making it ring. The Red Giants, however, aren’t so ready to evolve themselves into a box. “Turn It Up” is the unwitting bracket buster, Brick likely inspired by the rock organ loop No I.D. threw at Jay-Z and Nas on “Success” while substituting that track’s clean guitar licks for distorted bass; the moment Jerm declares that “this is something new / with a few smidgens of old” the RGeez start accidentally tapping quite presciently into the current anti-trend energy of Hov’s (again backed by No I.D.) gleefully postmodern “Death of Autotune.” But the title and hook of “Turn It Up” are mandates—you’ve gotta put this thing on full blast in order for it to knock. Most of the tracks on Chain Reaction would fail a car test with their dainty bass and drums, forcing the listener into a headphone setting where Jerm’s high-mixed, powerfully enunciated vocals then speak directly to you.

And as that’s happening you realize that the Red Giants must have realized that what distinguishes them is Jermiside, and as you start to digest what Jermiside is saying you realize that Jerm’s realized that how he had been rapping—while excellent in a straightforward tangle of wordplay way—was perhaps too one-dimensional to hold up under the increased focus. So Jerm’s begun to paint in shades of gray even as the music puts him in stark relief and as he himself gives his lines a little more room to breathe. Jermiside’s rhyme world, not as busy as on the self-titled, has become a more open place for the listener while remaining detailed and evocative. “Ready, Set, Go” fills the space between the desire to grind and the acceptance of insignificance with lines like “before you outta here / move cavalier / before you return to dust / thrust into atmosphere.” And as for the “shades of gray” business, well, there’s a great contrast afforded by Skee the Sergon’s verse on “Perfect Match,” wherein he crudely concretizes Jerm’s metaphors of a student being taught love by a teacher. “Ah Yeah, Alright” is a fitting climax to the EP’s inner conflict and forward movement, Jermiside exhorting his peers with the first two verses directly plus by example then forcing the hand of Brick to a rare beat drop as the stunning third verse renders the idea of hip-hop salvation into something much bigger than its traditional social platform—based off that but with the breadth of spiritual and moral dimensions wrapped in the tight and mighty form of great emceeing. After “Ah Yeah, Alright” it’s a Lessondary posse cut and a remix.

That remix, though, is perhaps the best indication of where these Giants might tread. “Stay Away” was originally the Red Giants’ reinvention of Ghostface’s “Be Easy” for CMG’s 2006 Fantasy Podcast, only fitting that a further reinvention here would show the RGeez on the brink of true, bracing invention. An MPC collage of horns, string swells, and all other kinds of pretty shit parsed and reversed and twirled between channels creates a disoriented steadiness, a giddy peace, not unlike a New Buffalo swoon—whilst the percussion thumps and cracks to keep us anchored in rap. Jerm and Che Grand’s verses haven’t changed, but the paradigm has. Brick did this remix not so long after the Glow released their original version so tracks like “Ready, Set, Go” and “Ah Yeah, Alright” might be the followers—hopefully they comprise a trio that point into the Red Giants’ future, one where subjective stasis buoys up unstoppable flow and that flow carries words both ways. And everything smolders.