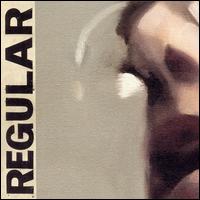 Tweet
John F. Kieltyka couldn’t have chosen a more boring name for his “band,” aside from maybe “Indie Band.” Many band-names are silly (Unicorns), esoteric (TV on the Radio), awkward (L.A. Tool and Die) or off-the-wall (Destroyer). But to be able to find a label for yourself that’s so immensely null almost seems to require some effort. The only comparable examples are the hapless “The Music,” and…well, yeah, that’s it.

However, when it comes to his music, Kieltyka, who’d like you to think that he’s got a backing band (he doesn’t, playing all the instruments on the album), succeeds in keeping your interest more than his ill-considered moniker. It’s nothing to shake your walls or rattle your mind, sure, but it is a pleasant little breeze of a pop album, simple, brief, and barely memorable.

Few of these tracks succeed as well as Bob Pollard's effortless pop songs, but they are generally pleasing, and at worst, inoffensive. From the acoustic-tinged first hook of "Mindreader" to the gritty bass hook on "Parade," each song can boast a tiny little something that might worm its way into your head for a few hours or so. The elements remain almost uniform; an acoustic, an electric, bass, and unambitious, time-keeping drumming. An organ may show up here or there with a decorative intent, but Kieltyka stays with a reliable hook-centered formula over the course of nine breezily quick tracks. They generally do well because of their brevity, and slip quietly away before their catchy elements grow old, which is quickly. "Orthodox," is the single almost-exception to the rule, employing an almost-sinister climbing acoustic hook is backgrounded by muted, almost-dark vocals. But even on "Orthodox" Kieltyka can’t keep a serrated edge for long, letting it dull into a warmer, major-chord melody.

Still, the nagging problem with an album that’s not bad—even pleasing—but never striking, is that you never have a particularly exciting reason to listen to it, beyond wanting some easy-going indie pop. Consistent, slightly above-average music will tend to lose out, playing-time-wise, to almost everything else. At least a few of your crap albums have some singles that are worth your time, that are demanding in some respect. Regular on the other hand, just wants to be an unchallenging nice guy—you know, the kind that eventually gets run over by others and ultimately, forgotten. Give it a few spins—it’s got more shelf-life than a lot of swill out there. But fulfilled humble ambitions lead only to humble successes, which, let’s be honest, just aren’t that satisfying.