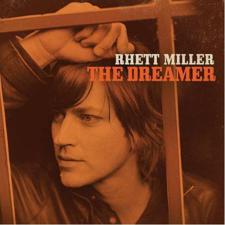 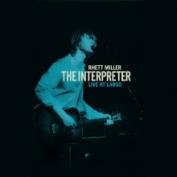 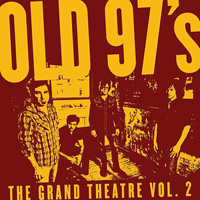 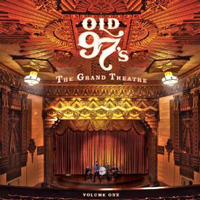 This month in Esquire magazine, Rhett Miller appears in a fashion spread called “The United States of Style.” Miller looks confident, though perhaps a bit shy, in a high-fashion blazer and expensive Levi’s. Hip-slinging a guitar, the now 35-year-old appears under the heading “American Youth.” Something like this would usually make me suspicious, but in this case it is downright symbolic; the photo is everything that is wrong with The Believer. It is too New York, not enough Texas. It is $138 jeans when the $38 ones have always worked just fine. It is the outright lie of a guy in his mid thirties passing for “American Youth.”

The youth that Miller tries to tap into, the very youth that he and the Old 97s once had to spare, now feels boring and nostalgic, if not pedophilic. According to the title track, Miller “keeps a list of things he believes in,” and they include all the elements that we’ve come to expect: satellites, valentines, 19-year-olds, math concepts, and a huge under-the-bed collection of sexual innuendo. But Miller’s beliefs, fears and problems are about as serious as those of a Diet Coke-addicted Catholic schoolgirl. In fact, if there is something admirable here, it is that Miller has created the perfect PG-13 soundtrack: cute, sexy, and totally innocuous.

Miller has always been able to write with both wit and acuteness, and there is nothing about the subject matter here that is a departure from any of his other work, and this is precisely the problem. In his last solo offering, 2002’s The Instigator, the lack of the Old 97s “sound” was more than compensated for by Miller’s still-agile songwriting skills. His typewriter was as hot as ever, but the production left us wanting the dime-novel Westerns that the Old 97s had perfected, not the literary short fiction that Miller seemed to strive for in the studio. I thought it after that album and I will say it again: the band dynamic simply does not translate to a solo album, even when that album’s liner notes read like a Who’s Who of Songcraft: writing by Aimee Mann, vocals from Gary Louris, synths and percussion from Jon Brion.

While writing on the The Instigator was solid, Miller’s creative train is finally running out of steam. Unlike a Tom Waits, who can seemingly write 1000 great songs about carnival freaks, Miller’s horny co-eds have become lifeless, and all of the best work here is a blatant retread of previous material; the album would have been more aptly titled The Recycler. The gimmicky duet with Rachel Yamagata, “Fireflies,” is the same story as the classic “Nineteen,” yet remade as a slide-guitar drenched melodrama. “Singular Girl” is the geek love story of “Four-Eyed Girl” minus all of the latter’s immediacy. The album’s worst moment is “Meteor Shower,” which reminds us that Rhett is best left on the pop side of alt country because no one can believe him for a single second when he strings together juvenile rhymes about drug use.

To be fair, there are also some fine moments here, with opener “My Valentine” being the stand-out. Besides having the best hook, it showcases Miller’s ability to weave insights on relationships within larger narratives: “sex during wartime is better than peace / it’s the one good thing about war.” “Brand New Way” benefits from Patrick Warren’s keyboard work, and Jon Brion adds chamberlain strings to “Question,” a song that originally appeared on the Old 97s’ fantastic Satellite Rides. In a way it is the perfect ending to the album, reaffirming what we learned over the last 40 minutes: Rhett Miller be remembered as the front man for the Old 97s. What remains to be seen is if that name will prove to be prophetic. After Drag It Up, their dismal last offering, The Believer is another sign pointing to what may be the wreck of the Old 97s.