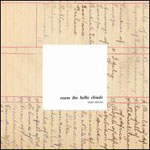 All Music Guide labels this acid jazz/jazz-rap, but Roam the Hello Clouds is so far removed from even the more experimental electronica/hip-hop crossover acts that the comparison seems a little ridiculous. In fact, the only thing that keeps the Australian three-piece unit from sounding just like the barren ambient jazz offered up on Rune Grammofon is that the band always maintains a sense of funk, however perverted it may seem lodged in these sparse arrangements. Near Misses is chill in every sense of the word: icy, late night ambient music that's also heavy on grooves no matter how rarely it compromises atmosphere in favor of melody. A better point of reference might be the Miles Davis of On the Corner (1972) who rather presumptuously declared he was making one "for the kids on the street." Which is to say that Near Misses belongs more in the tradition of pre-hip-hop urban music; the late night prowl of the gangster (not "gangsta") of film noir.

What keeps Roam the Hello Clouds from the elevator/lounge is their skeletal arrangements coupled with their frequent rhythmic left turns that stymie any sense of monotonous groove. They're a small ensemble, especially for a jazz group: much of the music consists of the interplay between trumpeter Phil Slater and drummer Laurence Pike while Dave Miller handles various electronics. It's easy to see how the latter element -- obviously constructed outside of any jazz-based improvisation -- would place Roam the Hello Clouds alongside artists like Prefuse 73 (who has worked with both Pike and Slater in some context) that borrow jazz phrases but cut and paste them in a way more indebted to IDM or hip-hop. Still, the band feels far more like a straight-up jazz combo then this comparison would suggest: for one, Miller's involvement is so restrained he almost goes unnoticed at certain points on the album, often just creating an ambiance for the drummer and trumpeter to improvise their way around. While the drums skitter around the keys, the trumpet typically maintains a steady, expressive lyrical tone, making Near Misses akin to ambient music even in its most rhythmically dense moments.

You might be forgiven for thinking the band is more ascetic than it is on opener "Phases": amid an even-tempo two note bass line the trumpet plays it slow and melancholy, suggesting this brooding intensity will payoff down the line. Instead, the next track, "Geoff as the Hulk," showcases Slater's horn skills with "Bitches Brew"-esque reverb, overdubs, violent squeals in the high register and lightning-quick runs all over the place. Even though it's the closest the band gets to a full on fusion track, it stills feels radically different with its spare backdrop. Elsewhere, the electronics get more attention, as with the layers of tinkling xylophones on "Pretender's Hand." Even amid the rhythmic frenzy on this track (think Four Tet or early Caribou), the trumpet is direct and unpolished. It's a tactic that not only keeps the whole thing from sounding too manipulated, but also makes it feel both funky and intimate at the same time.

Which doesn't mean that the trumpet doesn't get to have a little fun as well, particularly with the remarkable virtuosity on "Geoff as the Hulk" or "Sprinter." The latter of which finds the horn often dissolving into toneless squeaks that suggest awkward stumbles and playful abandon in defiance ofhe title's association with disciplined athletics. The band is indebted to his trumpeting to a fault: the long passages on "A Life of Near Misses" and "Uniform 64" where he sits out are the only points on Near Misses where the music tends to trail off into an uninspired ambient drift. Which only serves to highlight the fact that Roam the Hello Clouds succeed based on the interplay of instruments, not merely laptop tinkering. It's this precarious balance -- where you feel like everything could fall apart at any moment, as the album's title suggests -- that gives the band it's vitality.