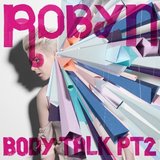 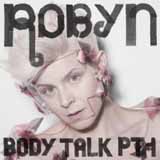 The perfect execution of convention satisfies enormously, like the feel of a well-fitting shirt. We head into genre work with a pretty good idea of what we’re going to get, and we find pleasure in how comfortably a given work conforms to, not daringly diverges from, those expectations. When it’s done well it feels simple but eloquent, like a kind of mathematics of form. David Foster Wallace called it the “click”—it’s the sense you sometimes get, when reading (or listening, or watching), that nothing can be improved upon, that everything is in exactly the right place. You see a similar sort of thing in sports, and I think for a lot of people this is what makes something like soccer or tennis or boxing not just entertaining but also beautiful, and at times even sublime. The basic idea being that people, working within an accepted system of rules and conventions, can sometimes transcend the banality of that system by doing exactly what we want them and expect them to do better than we think they realistically can. When this stuff approaches perfection, it inspires awe. It clicks.

Pop music is good at providing artists with the opportunity to trade exclusively in conventionality, and the amount of money typically at stake in the cultivation of a top-tier popstar means that perfection is actively—maybe even aggressively—sought. But pop music is also good at providing artists with the opportunity to fuck it all up: because they’re working within a system of conventions comprised largely of market-tested tropes and bankable clichés, pop musicians are perhaps more likely to craft a perfectly lifeless dud as they are a perfectly timeless classic. It’s sort of the nature of pop: the music needs to be highly artificial and manufactured without sounding like either. It needs to be widely accessible without being shallowly broad; it needs to be personal without being specific; it needs to sound like every great pop song without sounding like any great pop song. It’s a genre built entirely on the successful deployment of convention, but it very rarely clicks.

Body Talk Pt 1 clicks. It’s highly artificial and manufactured but it never sounds like it (except, of course, in the case of “Fembot,” which uses its own artificiality as a vehicle for playfully satirizing manufactured hyper-femininity and grotesque pop-stardom); it’s widely accessible, topping charts in Robyn’s native Sweden and placing respectably here, but it’s neither shallow nor broad (given that it includes not only the smarmy, Ed Banger-style “Don’t Fucking Tell Me What to Do,” which finds Robyn ironically bemoaning the miniature tragedies of the over-privileged, but also both the traditional Swedish folk song “Jag Vet En Dejlig Rosa” and the irrepressibly saccharine ballad “Hang With Me,” Body Talk‘s stylistic depth is pretty much undeniable); and, on album centrepiece “Dancing On My Own,” it sounds like every great pop song without sounding like any particular great pop song (except, perhaps, Robyn’s own “With Every Heartbeat,” with which this song shares a palpable sense of longing and a stellar slowdance hook). Refreshing but ever true to its form, Body Talk is, at its strongest points, the very picture of perfected conventionality. It’s simple but eloquent—Robyn’s at her best when she stays inside contemporary pop lines, doing Gaga better than Gaga (“Fembot” alone has more memorable hooks than Fame Monster) and Uffie better than Ke$ha (“Don’t Fucking Tell Me What To Do” affects their indifferent faux-sleaziness without dropping the wit).

What makes Body Talk Pt 1 exceptional, and in a broader sense what makes Robyn substantively different from her pop music contemporaries, has been a matter of great debate. Because Robyn is Swedish, and is thus vaguely exotic to us essentially myopic North Americans, there’s been a fair bit of speculation on the part of her most vocal detractors that Body Talk‘s positive reception by North American music critics is the direct result of that exoticism. Or that, alternatively, the warm reception is the result of Robyn being vaguely “indie,” which is to say not entirely mainstream or commercial like all those “other,” more banal popstars. Or that critics like Robyn because she does pop badly—that, to lift an off-handed criticism quoted on Nitsuh Abebe’s blog, Body Talk is “regarded as Serious Music … because of its flatness and averageness and dullness.”

The heart of such dismissals, I suppose, have to do with not only a problematic perception of Robyn as somehow transcending the normal mainstream pop scene by virtue of her being both foreign and (for the most part) creatively independent, but I think also with a deeper skepticism of inflated credibility and critical elitism as it applies to certain ostensibly “low-brow” cultural practices. Tom Ewing, in his most recent Poptimist column, discusses the idea of a listener normally uninterested in mainstream pop music using his love for the more “fringe” Body Talk as a way of validating his preexisting distaste for all the other stuff—and we can imagine, given that Body Talk has the seal of approval of outlets like Pitchfork and the New Yorker (it’s Sasha Frere-Jones’ favorite album of 2010!), how such a thing might happen. But, as Ewing points out, one can’t really blame Robyn for how her music is used or misused by certain subsets of her audience, and in the end accepting that some people like Body Talk because of its perceived divergence from mainstream pop music does not mean that all, or even most, of the album’s admirers like the album for the same reasons.

Nitsuh Abebe asks, in his characteristically reasonable fashion, if it’s not possible that people like Robyn’s music “not because it’s ‘done badly’ and makes them feel less lame, but rather because—stick with me here—there’s stuff they think it does well?” And I’d even argue, to go one step further, that loving Body Talk is not so much a matter of accepting that it’s done badly and finding other stuff to like but, way more straight-forwardly, that it’s just done really, genuinely well. Loving Body Talk means finding pleasure in the perfect execution of pop conventions; it means recognizing the click.