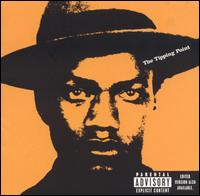 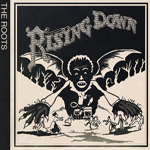 Sample-grounded hip hop heads have probably said it before, and I’ve definitely said it: in the past, the Rhodes has sometimes maddeningly unified the Roots’ sound. Which is a polite way of saying, “boring,” certainly, though there’s a whole ball of subjectivity couched in the event horizon of the group’s cred-to-frat house ratio that the Rhodes plays a big part in defining: it’s drippy, sometimes trippy, and its propulsion works the same way with every Bud you down. I’d say fuck both sides of the equation, though that would ignore the uneasy relationship I’ve had with this band, since: when the Roots are good they’re good, when they’re bad they’re bad, and neither opinion resides on their untraditional bid for traditionalism.

I’m so tired of this band lauding their own “innovative” approach when a) conscious insight doesn’t trump commercial culture and b) it never sounds that innovative. Which are two sides to the same coin, I think. Consider: the Roots haven’t fit the mold they still sell—as an alternative to commercial rap they are real hip hop—since 1998, and the only reason I’m reviving this old conscious/commercial saw is because they still try to rectify both positions like it matters, speaking and doing differently, making money off stadium weekends with Dave Matthews Band while speaking about politics, backing Jay-Z while still waving the “conscious” flag that he burned to shreds, and being on Jay-Z’s label with music for the people. Yes, I remember when the Black-Eyed Peas deplored selling out too. They got over the hump.

That they can’t rectify the two is hilarious, I think, since there’s about a billion possible avenues to make it work unless your politics sound like Fugazi’s, starting here: don’t care. And so, aggravatingly, the Roots still tread water in some “conscious” rap conundrum long after everybody else has stopped caring—fuck, even Common bought a sweater vest three years ago. More aggravating: Game Theory loosely suggested they might have started to find a way to write the ideological checks the mouths of their last few albums couldn’t cash, but: sorry. It’s still “I’ve got more money” and “I’m ideologically better” loosely warped as a foundation for a “we’re better at hip hop than anybody else” conclusion that speaks volumes about this group’s self-delusion. Because except for the exceptions their music hasn’t really been that great, and for all their claims that their music keeps getting better the only difference between now and 1998 is that you don’t get to hear Hub play the same bass solo at their next concert.

Because here it is: what they’ll tell you is the difference with Rising Down is that the Rhodes is gone (and thus their link to all that commericial, soft shit), replaced not by samples but with CRAZY ELECTRONIC SYNTHS THAT ARE GRITTY AND BOLD AND MOODY!!!?!?? (How much better a title for this album would that be?) But see, here’s the thing: I think it’s amazing that they finally make Kamal switch his rack and it’s now that the songs all bleed together. Rising Down, conceptually neat and hot on the heels of the career re-asserting Game Theory, falls flat. I was surprised but lukewarm about Game Theory, and I maintain that while this slog makes it look vaguely better in hindsight it was good not so much because it was good but because it minimized the Roots’ most aggravating qualities, resulting in a solid and unfortunately comprehensive distillation of what makes the band fun. Here, tracks 128-142 are gratifyingly empty of Patrick Stumps, sure, but 143 (I guess) ain’t; stumpy “Birthday Girl” was dropped from the album because “it didn’t fit the feel.” The feel, apparently, being boring, since “Birthday Girl,” Stumps and all, is actually a decent enough little pop track in the vein of “What You Want.”

But acting like this shit is grittier and less commercial is fucking hilarious. I mean, it’s bad, yes, so it probably doesn’t have a whole lot of commercial potential, but it’s definitely trying to sound like nu-metal, which was commercial in its own right. And so we must revise: Game Theory was apparently a brief tangent on the road to a consolidation of the Roots’ sound as a torch bearer for Limp Bizkit’s legacy, or at least that’s what “Rising Down” suggests. Black Thought is gonna get a chainsaw and rip shit up tonight; he just rhymes it better.

And even that anger is confused by Thought’s vocalization of the band’s split personality. Consider: once again the album fits into the vague political program that the Roots espouse. The cover is an old Confederate cartoon meant to illustrate the inevitable outcome of freeing the slaves. The titles of the album and its bookending tracks are a reference to William T. Volman’s recent exploration of violent acts and the reasons people commit them. It all seems so conceptual until it gets muddled in the folds of Thought’s rubber diction. He still criticizes people who want money but then he’s claiming he’s already a millionaire; he still references historical and current black oppression and white racism at the same time that he wants everybody to love hip hop; he stills plays inclusion and exclusion against one another in vague and non-threatening ways. Which in itself is fine; he doesn’t have to be political, really. But then, on “75 Bars (Thought’s Reconstruction),” he finally leaps the hurdle that kept me from outright despairing: he’s apparently not only a millionaire who is better and more awesome than all of us but he also deserves a girl with her heels in the air. Sigh.

It’s the same tragic story, isn’t it? Poor Thought, so long holding the candle for political ideology and old school hip hop, decides the only way he can reconstruct himself is to out-man the other men who used to make more money than him in the game of Shit Mark Really Hates About Music In The First Place. All music, to be clear, because again: hip hop’s just one reflection of chest-baring, and this stuff hits everywhere. Or to put it another way, later on Thought also thinks he’s manlier than John Travolta, even if he sounds about as convincing as Travolta would if Travolta made this album. Next thing you know the Roots will recast Sasha Grey in a video homage to Durst’s “Eat You Alive.” It only gets uglier from here, is what I’m saying, because that’s what dick swinging contests are.

The sonics follow suit, and Rising Down tucks any organic innovation its predecessor made beneath its big swath of synth noises. Kamal isn’t just getting rid of his Rhodes; he’s dumbed down his playing to emulate some interpreted sense of what synths should be used for. Which is apparently chorded swatches of noise weezing beneath Black Thought’s new Kanye West impression. ?uestlove’s drums are amped to heighten the intensity, I guess, but except for those awesome synth sounds, which, I kid you not, sound like something made by the dude who I used to live below who bought a new keyboard and decided for like 3 days straight to grind through the bank settings, Rising Down is pretty much same old same old. There’s more grit, I guess, but if that just comes from presets, what’s the point?

Hell, here’s the exception that mind-bogglingly proves the rule: the closing “Rising Up” is the best track on the album, but follow the rabbit down the hole with me. In context, the title “Rising Up” sounds like it might be a powerful ode to increased political involvement worked in as a coherent end to an album that ostensibly expresses the group’s anger and disillusionment. It ain’t—it’s a party track that provides catharsis by shirking any spec of Thought’s scatological ideology that wonked before, AND the chorus is all about how—seriously—some girl is crying because the radio’s been playing the same old song and so the Roots have “something you’ve been waiting for” like it’s this sweet new sound and it’s…just the most traditionally Roots-ish song on the album. A whole album of synth-driven monstrosities and the new thing we’ve “been waiting for” is, apparently, a fucking Fender Rhodes piano. It’s the funniest $18 punchline you’ve ever heard!

Which is an analytical analysis that the album is too boring to merit in the first place, really, so I’ll just close by saying: whatever promise Game Theory might have held, I once again do not want more.