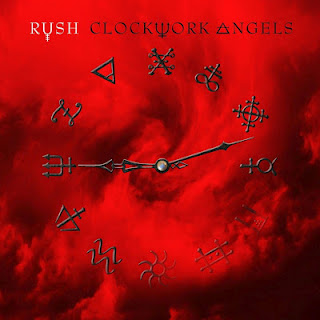 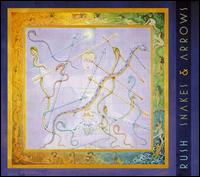 Rolling Stone recently ran a list of "Guilty Pleasure" bands in which the holy trilogy of Alex Lifeson, Geddy Lee, and Neil Peart -- collectively known as Rush -- ranked #1. This would suggest that Rush's fanbase consists of individuals who love this band, but are simply ashamed to admit as much for fear of being perceived as uncool. Nothing could be further from the truth, and simply illustrates the ignorance of the geniuses responsible for spreading such misinformation.

It is far more accurate to state that not only does Rush have a shitload of fans, but that those fans go to great (often embarrassing) lengths to notify the populace of their fandom, welling up with misfit pride whenever "Tom Sawyer" comes over the airwaves -- whether during the Sopranos, when the Colorado Rockies' Steve Finley comes up to bat, or on any classic rock station in existence. Rush fans hold on to their moth ridden concert tees from 1984 just so they can wear them to their concerts in 2007. (Rush perhaps being one of the only bands where wearing the band t-shirt at the same band's gig is not only standard, but encouraged.) Rush fans buy drumsticks to bang the steering wheel in tandem with Neil Peart's mind melting drum fills irrespective of the fact that most of them don't actually know how to play drums.

Nobody who truly likes this band feels guilty about it, least of all me. Which isn't to say that Rush aren't bona fide geeks. Peart doesn't so much "play" the drums as approach them like he's studying for an Organic Chemistry final, and Geddy Lee's nasally voice is unquestionably as high as Steve Malkmus once claimed it to be within the first three minutes of Brighten the Corners (1997). But Rush are probably responsible for helping more outcasts survive high school than the Violent Femmes (the pimply dudes who make up your marching band drumline? Huge Rush fans). I was hooked after picking up a then brand new copy of Roll the Bones (1991) at Washington D.C.'s Union Station on a Junior High School field trip. Rush was even my "first real rock show": a date on the Counterparts tour which took place at a minor league hockey arena in Worcester, Massachusetts in March of 1994. My parents waited in the bar across the street. Candlebox opened. Rush played fucking "Analog Kid" as the third song in the set.

Rush are also unique among (still existant) '70s prog-rock bands because they've never suffered a lineup change -- the drummer on their debut notwithstanding (John Rutsey: the Pete Best to Neil Peart's Ringo). They still tour on a regular basis, and if memory serves, Snakes and Arrows is their seventeenth (!) studio album, five years removed from 2002's Vapor Trails. That Rush fans still completely give a shit about their favorite band's 17th record is a feat in of itself, but nearly everything they've released in the past 15 years has actually been pretty good -- especially 1993's Counterparts, Rush's "grunge" record that would have been their first #1 had Pearl Jam not released Vs. on the same day. Fuckers.

The pre-hype leading up to Snakes and Arrows was pretty cliché as dinosaur bands go, consisting of the requisite delusions like "our finest work to date," "incredibly enjoyable recording process," and comparisons to bygone classics like 2112 (1976) and Hemispheres (1978). The band also heaped loads of praise upon producer Nick Raskulinecz, best known for producing Foo Fighters and Velvet Revolver, young enough to be their son, and based upon his long, '80s metal hair and scraggly attire, a huge Rush fan in his own right long before the recording process began.

All that said, you couldn't blame the kids for getting a little excited. Riding a typically killer Alex Lifeson riff, catchy chorus, and oodles of the Advanced Calculus drum fills that Peart junkies crave, opening track "Far Cry" is Rush's finest single in ages. Too bad then that any semblance of forward momentum is utterly dashed by the slow-footed, existential angst of "Armor and Sword," a six-minute dirge that's more King Crimson than Rush, and where Neil Peart makes damn certain the listener realizes that "no-one gets to their heaven without a fight!" (oh do go on, professor!). Even those marginally familiar with Rush know that despite being relegated to the drum kit, Peart writes 99% of his band's lyrics and Geddy sings 'em. (First one to email me with the title of the one song that Geddy Lee wrote the lyrics to in the past thirty years gets a prize).

Unfortunately, too much of Snakes and Arrows is dominated by mid-tempo, lumbering behemoths akin to "Armor." Apparently Raskulinecz was such a big Rush fan that he was content to let these guys do whatever they wanted to (i.e. wallow in middle age). With the exception of "Far Cry" and maybe the requisite Tony Robbins motivational rock of closer "We Hold On," the only time the band sounds like they're actually having any fun is on the instrumentals (yeah, that's plural). Rush fans and subscribers to Modern Drummer will refer to "The Main Monkey Business" as "completely sick dude," and they won't be wrong. What's not to like about a world beat odyssey that peaks a half dozen times and sounds like the second half of Tool's Lateralus (2001) re-envisioned by the Keebler Elves? It's their best instrumental since "YYZ," hands down.

Once you accustom yourself to the fact that most of it just isn't that speedy, Snakes and Arrows can still be a charmer (pun totally intended). "Workin Them Angels" (lyrical content: Peart hittin' the open road on his Harley) shows off Alex Lifeson's versatility as he alternates between metal chords and mandolin, and "The Larger Bowl" (lyrical content: Peart acknowledging "such a lot of pain on the earth"!) is wistful acoustic pop that will probably crop up as the next single. Just steer clear of the sub Division Bell (1994)-era Floyd treacle of "Faithless" and you'll be ok.

None of this really matters of course. Snakes and Arrows already debuted at #3 on the Billboard 200, everyone who needs to form an opinion on it already has, and no self-respecting fan is going to miss the summer tour, especially because Rush seldom subject their audience to more than four songs "from our new album" anyway. Look for me on July 8th in Holmdel, New Jersey. I'll be rocking my Counterparts-era tour shirt, provided my Mom didn't throw it away.