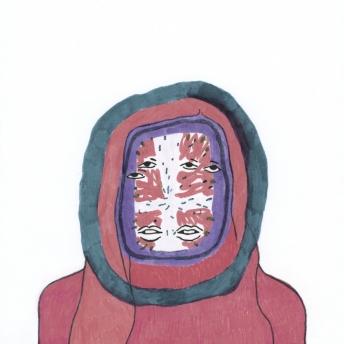 Welcome to the world of Sanso-Xtro, where eerie nocturnal noises mix with toy noises, and breathy, indistinguishable female vocals dip in and out of oblivion. Yup, worshippers of Grouper’s Dragging a Dead Deer Up a Hill (2008) can finally slake their thirst, a lot more than they could with Grouper’s own follow-up, which tipped the noise/lullaby ratio a little hard in the one direction you probably didn’t want it to. Looking at Melissa Agate’s background, you might have expected her to do the same: her debut, 2005’s Sentimentalist, now seems slightly out of place on Type Records, its twee, ghostly electronics overshadowed by the droning of her labelmates. Agate hasn’t gone the same way—Digitalis is her home now—and she’s maintained her own style for the long-awaited follow up, recorded after a hiatus in her native Australia. That’s a tactic more Type artists should try and experiment with: it’d be great to hear manipulated didgeridoo music so distorted it scares even Paul Simon.

The scares on Fountain Fountain Joyous Mountain, title notwithstanding, are minimal. As are any changes to her 2005 rule book, as Agate’s stuck largely to Sentimentalist‘s formula: ghosts, tamed oscilloscopes, and lost-looking pop effects, all of which have been inched more towards doom rather than the light. That might seem ironic given that Type Records is behind her, but it conjures up a mood that Agate happily sustains. Take the toyetic tones of “Hello Night Crow,” or the music boxes on “The Origin of Birds”; these are the moods which made Múm’s debut album so succulent. It’s a bewitching, brilliant little mix, and when she does venture into newer territory—the crippled guitar and snake-like snares of “Wood Owl Wings A Rush, Rush”—you know it won’t be long before you’re brought back to those dreamy logotones, the kind that will have fans of BBC’s Look Around You creaming their jeans in excitement.

Halfway through, though, Agate goes through an identity crisis, and switches from moonlit twee to moonlit gypsy music, with the moon going in shortly after. It still can’t fail to please anyone who had any kind of childhood, but now Agate seems to embrace some darker early memories and then aim them squarely at the freaks. The swamp licks and greetings card technology of “Goodnight Thylacine” seem to confirm this, with washes of dulled acid and a rampant, determined drum roll standing at odds for five minutes. If you’re waiting for those toy noises to return, you’ll be waiting a long time; right up until the accordions of the finale, this is dark and queasy stuff. Never before have I seen such an argument for a new album to be pressed onto wax. One side can be marked with a big smiley, the other with a black Parental Guidance sign.

However, played separately and given time to sink in, the two sides do eventually counter each other. If nothing else, Fountain Fountain Joyous Mountain gives us the full range of Melissa Agate’s kookiness, and that’s a hard act to try and knock. For 40 minutes of manipulated feedback it certainly hits the spot, full of so many bells and wails I’m surprised it isn’t towing twelve reindeer. Agate might sometimes moan over her delicate programming—often little more than just repeating the title of the album—but that’s all she physically has to do, as the rest of the time she’s busy trying to lure us somewhere spooky (and wheeze, and occasionally bash at the drum kit). Whether or not this is a trip you’ll enjoy depends largely on how you like adventure. And on any scout experiences that you might be trying to suppress.