Other Records by Scarlett Johansson 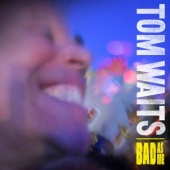 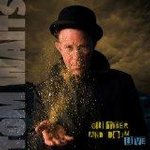 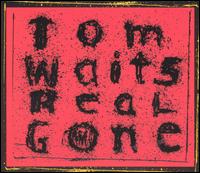 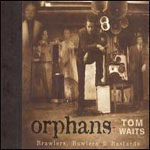 Anywhere I Lay My Head

I’m not going to do what you all peripatetically think I’m going to do and just straight out hate this album; I won’t and I don’t, and though it goes a long way to encourage me to, once again, revisit my most beloved Tom Waits records, Scarlett Johansson’s Anywhere I Lay My Head is a fascinating listen because it simply—not arrogantly, no, not even capriciously—ignores the most stupidly obvious facets of whatever it is she’s doing. Turns out, she’s not doing much, and in that she could be credited for exaggerating and submitting to the role of the producer in ways often derided by indie rock circles, making a bold, bloated get-fucked diva statement in a post-Kelly-Clarkson, post-American-Johnny-Cash landscape, encouraging us to question, indirectly at least, how we digest and define our most capital A pop stars. Or maybe Johansson is as vapid as she sounds, a thin, malleable point of notoriety at the behest of a hip army of, say, more respectable stalwarts of her current point in an expanding career arc. Likely, she’s just somewhere in the doped-up between: a fan; an amateur, ingratiated singer; an ingratiating devotee to the underground for which she’s been told she’s a darling; inevitably, a pretty celebrity that can get what she wants and what she wants is an album that in most cases doesn’t have much reason to exist.

Luckily, her desires lead her to Bowie and Bowie provides the only sensible ounce of grace or restraint that this album’s got going for it. His spots on “Falling Down” and “Fannin Street,” while tempered to washed moans and wiggling tails on the end of Johansson’s lines, provide the clearest view of honesty on this saturated behemoth of an oddity. Like, it’s not that Scarlett isn’t sincere or that Dave Sitek and Nick Zinner and Tunde Adebimpe and the rest aren’t giving their experimental, interesting all, it’s just that Bowie’s the single musician—for a moment, forget how to define that; in the case of Anywhere I Lay My Head a musician is someone who plain tries—that could channel Tom Waits without qualifying every effort in some sort of counterintuitive equation about how to cover Waits deep cuts without mimicking, parodying, worshipping, exploiting, or streamlining the guy’s already inimitable charm. Sitek attacks the conundrum with a fucking tidal wave of instruments, including, but not limited, to bowls (Tibetan and dog), vibes (bowed and not), guitorgans, rainsticks, kalimbas, banjos, harmonicas, Nigerian logs, saxophones, flutes, and more synth than is prudent in even the blackest of Mazzy Star singles. It makes sense enough: challenge the befuddled concoction of misanthropy, nihilism, wit, and brusque, blaring minimalism of classic source material by heading in the opposite direction and then seeing what happens. This is, after all, Sitek’s record, and he seems to have taken to it as his watershed chance to escape expectations as a producer and defy every cynical half-notion lobbed at his star.

His technique is, successfully, fascinating and unexpected. But so many purposes and conceits, both avoided and embraced, collide over the course of the album’s eleven tracks that technique simply overwhelms melody and Johansson’s voice both, but mostly whatever it is about the song that Waits nailed to the wall in the first place. “I Don’t Wanna Grow Up” and “Who Are You,” originally from the gorgeously brilliant Bone Machine (1992), are plowed into submission by chintzy casio beats and limitless organ legato; the former is dropped to half the original’s tempo and robbed of all playfulness, completely missing Waits’s masterful touch, because even though he couched the tune in childish brashness, sounding ludicrous with that voice of his, he was making a sly statement about the juvenile things he did in order to brutalize his body into that voice in the first place. The title track, similarly, glosses right over Waits’s tortured prayer, morphs the Dixieland dirge into a Kevin Shields b-side, and farts out a designer drug of preening, celebutante lament. Then there’s “Town With No Cheer,” skimming over the desolate, off-beat pulse of its forebear for something like a winking stroll, or “I Wish I Was in New Orleans,” which just sounds badly-acted, or any track preceding which just ignores the inherent loneliness of many of Waits’s and Kathleen Brennan’s lyrics by filling the gaps and pauses with soggy slurs.

The beacon of hope is “Fannin Street,” but mostly because Johansson’s voice reluctantly obtains some grit, some life, and in the context of the lyrics she doesn’t have to stretch her range much to find a place to relate to Waits. Unfortunately, for an album like this, context is the glaring hinge upon which every track swings, even the original track, which has already been described in spirit. So, while moments of cathartic bliss can sear through the bloated barge, Scarlett’s source material never needed the build-up or the wall of sound to achieve the same functional ends.

Concurrently, we—fans of Waits or Scarjo or TV on the Radio or music—are drawn back to the preceding, indelible and inescapable question: why does this record even exist? Nowhere does Johansson really show her mettle besides within the record’s very presence on this planet, yet the thing bristles staunchly with the need to justify the existence of a Tom Waits cover album done by people who don’t really seem to be influenced by Tom Waits and who don’t really want to cover Tom Waits songs in any recognizable way. Shit just doesn’t make sense, circling back, over and over on its own haunches. And if that isn’t fascinating enough then there’s always the idea that people actually thought Match Point was anything but a godforsaken abomination of taste, story, and everything good and true in cinema.