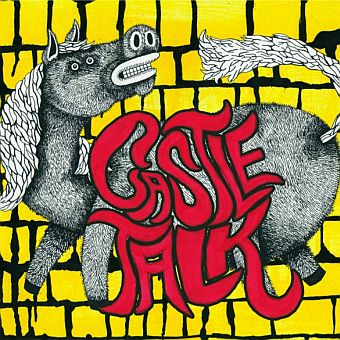 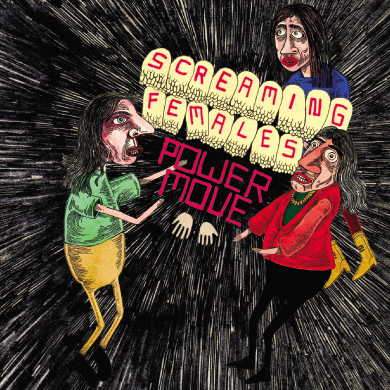 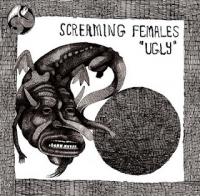 The tag on Screaming Females has always been that you have to see them live to fully appreciate them, their studio records being mere placeholders. This is generally a backhanded compliment, a nice way of saying that the energy of the live performance will hopefully allow you to ignore the fact that these guys don’t have anything resembling an actual song. But in the case of the New Brunswick, NJ based band, you really do need to see five-foot frontwoman Marissa Paternoster completely destroy her Fender onstage to fully understand why the kids speak of the Screamales in tones once reserved for Hub City luminaries like Lifetime and the Bouncing Souls. Paternoster is deserving of all of the “shred goddess” clichés heaped upon her, ripping off all manner of crunchy riffs and fuzz solos suggesting J. Mascis on a caffeine jag.

And up until Ugly, Screaming Females’ four prior studio albums did indeed feel like non-committal footnotes to the live show; maybe like fIREHOSE records or Grateful Dead albums other than American Beauty (1970). But they hired Steve Albini to prove they really cared this time out, and it’s a pairing both obvious and awesome—a hot live act with a ’90s guitar sound and the one dude dedicated to getting bands to sound like themselves. Skinsman Jared Dougherty completely benefits from the Albini drum sound, and the whole thing sounds gloriously recorded to the floor and un-fussed with, as it ought to be.

For the most part, it works. Ugly’s first five songs are the five best studio recordings of Screaming Females’ career, each catchy, crunchy, and perfectly sequenced with segues in mind. “It All Means Nothing” begins with a glorious thud and swings like a lost L7 classic, “Rotten Apple” is sprightly power pop, and “High” the album’s early apex; a half dozen colliding riffs culminating in a last minute tempo increase nearly sending the tune off the rails. Though Paternoster’s nasally sing-speak remains a slowly acquired taste, she’s figured out how to sell a decent hook, and it’s paying off.

So riddle me this, Screaming Females: you seem like scholars of rock history, you covered “Cortez the Killer” once, so why fourteen songs and fifty-four minutes? Can you guys name any hour-long fourteen track records that wouldn’t have benefited from twenty fewer minutes? Ugly simply suffers from being too long, with a mostly extraneous Side B that finds the Screamales reverting to bad habits, namely self-indulgence with negligible catchy bits (i.e. all seven-and-a-half minutes of “Doom 84”). “Leave it All Up to Me” makes good use of the bass line from Smashing Pumpkins’ “Hummer,” and “Help Me” is another good example of the fuzzy power-pop that Paternoster is now excelling at. But there’s too much dross here, and that includes “It’s Nice,” a string-laden, MOR send-up that I have to assume was designed to be a joke on some level. And while I feel a bit sheepish for taking an otherwise good band to task for employing a “more is better” mentality, the good stuff just gets diluted.

Regardless, Ugly is still at least half of Screaming Females’ best studio recording to date, and it’s easy to forget they’re still all only in their early twenties, despite existing since 2006 and having released five albums in six years. Their live show remains the real draw, but is that really such a bad place to be in this day and age? Nobody makes any money selling records—or at least not rock bands on indie labels, anyway—and Screaming Females are young enough that they have plenty of time to keep working toward their Kid A (2000).