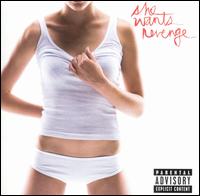 In 1958, most of America was struggling to understand what On the Road really meant, and, naturally, the country’s commercial voice provided one of its loudest interpretations. “Beat” outfits, complete with little berets and bongos, were available for mail order in the back pages of Time magazine, and groups of self-proclaimed beatniks, in a scene right out of Life of Brian, gathered on Kerouac’s wife’s lawn in misguided reverence (“But how should we fuck off?”). These kinds of hangers-on, often seen as the nadir of any cultural movement, are just the kind of people who are about to e-mail you about this wicked new band they heard called She Wants Revenge, who take depressive, gothy indie rock to another level. It’ll probably be that same kid who mail-ordered a Bravery t-shirt off the net and is always telling you how drunk he got the night before.

Every review of this album, including this one, will mention that Los Angeles DJs Justin Warfield and Adam “Adam 12” Bravin (sigh) sound infatuated with Joy Division, and though Joy Division may be the first band to comes to mind should you hear this, the real reason She Wants Revenge are on a major label is Interpol. Those New York darlings’ success, and specifically their likable blend of gloom-pop and GQ accessibility, have labels percolating their sound-alikes in the kinds of ad spreads that Interpol have yet had the chance to enjoy. The process of imitation often takes the same route: starting with other indie labels, whose ears are closer to the ground (like Mint’s timely release of The Organ), and then continuing up through the commercial structure until, finally, someone at Geffen passes a copy of Turn on the Bright Lights to their supervisor with a sticky note on the front reading “next big thing!” Like the Beat cash-in, this isn’t the first time majors have released what amounts to a limited understanding of a new fad, replete with recognizable, stylistic signposts hastily arranged into a watered-down approximation of something once unsullied.

That She Wants Revenge is all style and emulation is far from what makes their music so goddamned awful, though. Many an artist make enjoyable careers out of essentially assembling style references into a cogent musical statement, Interpol among them. Rather than any particular influence-dropping, which I admit a listener’s discerning ear and personal preference can turn from a flaw to an asset (and then maybe back again), it’s the band’s uninspired 4/4 song-writing that makes this album such a chore. Guitars strike out single notes, four times to each measure in the verses and eight in the choruses; the bass clinically sounds out root notes in the most obvious places. Songs rarely set out from their 120 BPM home base. None of the songs are given an opportunity to stand out, and by track five you’re begging for a swing beat, a cello, the sound of someone’s head smacking sickly into a concrete wall…anything to break the monotony of half-distorted guitars and weak-ass beats.

Most irritating is that the band so enthusiastically conforms to Geffen’s attempt at tapping into the growing demographic of people who insist their lifestyle is captured, rather than dictated by, thecobrasnake.com or Vice Magazine. Hey, maybe that’s just LA for you, but what is reflected by both this album’s insipidly safe American Apparel artwork and almost every single line uttered from beginning to end is the self-congratulating mythos of secret parties and girls who like to load up and take it off. “These Things,” probably the worst offender, constructs a semi-coherent power fantasy out of its chorus, spouting, “I heard it’s cold out / but her popsicle melts / She’s in the bathroom / She pleasures herself / Says I’m a bad man / She’s locking me out / It’s ‘cause of these things.” That the band insists on including this kind of imagery, depicting women as both hyper-sexualized and powerless teases, implies more a wish for acceptance at the cool kid’s table than that they’ve ever been privy to a girl pleasuring herself in a bathroom. “Tear You Apart” simply mopes, “I want to fucking tear you apart,” the music dropping out to let the shaky vocal line hover by itself, as if it actually signified something beyond overdone posture. In fact, one can’t help but assume that it’s all gesticulation, simply because none of it is convincing.

It takes something truly special to louse up in a genre of music that so aptly invites namedropping and the wearing of influences on one’s sleeve. Usually, stylistic missteps can be blamed on shortcomings ingrained in an already-established subculture or, at the very least, a band like Joy Division, whose remnants probably aren’t going to give a shit anyway. She Wants Revenge aren’t doing anything positive or interesting with what their heroes have given them to work with, and this kind of presumptuousness isn’t to be forgiven.