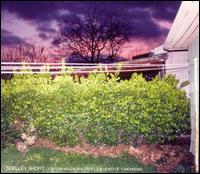 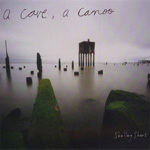 A Cave, A Canoo

Strange that music which seems so grounded in tangibles—the blue-collar mores of folk and the occasional bluegrass, the dust and backwoods of rural Americana—should lend itself with such intimate rigor to postmodern anxiety of incessant appropriation and as hip a place as Portland. And yet that’s precisely what Short, perhaps in having hopped from genre-stone to stone during her musically formative years, has done. Three albums in and I’m reading sources about Short becoming the sort of presence on the Oregonian music scene that implies either resonance, currency, contemporaneity, or the simple virtue of the hometown crowd.

A Cave, A Canoo seems sufficiently haunted for our gaunt, harried times—at least stylistically, though not lyrically—while remaining simultaneously staid enough for that West coast blasé at which us Easterners blanch and for which we secretly yearn. What odd freeness is necessary to make something that sounds so desperately playful? In fact (and this is no short order) the artist of whom Short reminds me most—in particular the confident malaise exuded in what is throughout an accomplished vocal performance—is Nina Nastasia, though I wouldn’t quite twin her thematically to Nastasia’s comprehensive vision.

It’s the underlying hopefulness of the lyrics, despite the music’s slow melancholy, that keeps Short from reaching Nastasia’s transcendental heights. “There’s a party / and I’m gonna go” she sings before adding “There’s a city / and I’m gonna go.” It’s this kind of tetherlessness that an older or more experienced lyricist might examine from additional angles, from distressed perspectives. By contrast one gets the impression that, for Short, a new city may as well be a party. Likewise “Time Machine/Submarine” suggests childlike fantasy without hinting at the depths or troubling complexities that might act as flipside to such easy solutions.

It’s as if that which empowers Short to make music so confident sounding—and it’s impossible to ignore the casualness and apparent ease of the beautiful second half of the album; the ghostly “Mockingbird”; the lilting cabaret of “A Cave”—is the same freedom that makes A Cave, A Canoo sound so non-committal. Aesthetically there are few prettier albums I’ve heard this year, but there are even fewer that sound so relaxed. It takes supreme confidence and comfort to release an album so polished, with such poise and coolness, but it takes some spiritual travel to uncomfortable places to unseat such trenchant luxury and expose some of that raw, timeless art beneath.