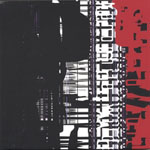 Invoking culture crossings, “Shanghai Masai” vocalizes the M.O. for Various Chimeras: create three-headed songs by grafting cultures onto collaged beasts that growl with different tongues. This isn’t quite DJ /Rupture, although it skirts the same borders; the performance laboratory head-Shinjuku K.I.A. manipulates is closer to your urban dance halls than /Rupture’s flawless nation-uniting sonics. Nor, despite the two-letters-over acronym, is this M.I.A.; the songs tend to deal in melodies reminiscent of the “Sunshowers” end of M.I.A.’s spectrum more than the thumping grit of M.I.A.’s machete-honed politics. File them all in the same place, though, even if K.I.A.’s work gets a bit too saccharine at times. Why not? Get caught with your hands in too many cookie jars and people are bound to get a sweet tooth.

That’s the biggest weakness here, and it’s obvious: this stuff flirts dangerously close with the kind of artificial “get on the floor!” house attitude that makes me groan. What keeps Various Chimeras on this side of the canyon (between people dancing and people so tuned on E that Tiesto makes them shuffle) is the emphasis on music, which for the most part is as devastating as anything else this year. “Da Riddim Griffin” is a nice place-filler while we wait for the new Basement Jaxx album (yo Aguilera! Watch the way K.I.A. allows MC Shankhini, Caryn Green, and the Tokyo Gogo! Cheergirl Team to morph that ‘20’s chanteuse vibe you’re so enamored with into a punk revival). “Be My Woman Be My Man,” despite its boring “come” pun, comes replete with DFA grooves and Herbert snorts. “Slow is the New Fast” isn’t the best track here, but it does take my favorite jazz tune’s bass line (the Roché-tastic “Why Shouldn’t I?) as its root, which means I like it anyway.

“Shanghai Masai” echoes the intro to the Futurehead’s Kate Bush cover before becoming a thick stew of glitchy percussion and dark synth. Shankhini explores K.I.A.’s rhyme fetish apparent in his song titles; her flow is more about the collapsing of syllables and words inside this claustrophobic beat than it is about the vocals. Larissa Gomes is also a treat on the tracks where she appears. “Rainbowbeau” sees her bouncing her voice off soft clouds of picazzo strings. “The Way You Move” starts off chaotic (maybe too much; like the effect of the transition, but the frontloaded cacophony might be overdoing it) but slowly rearranges itself around her voice. But my favorite is “Make Me Shake” and Gomes’ lilting chorus, all “la” and “do” and “re” and “mi,” pegs such simplistic syllables into sentences that say so incredibly much with so little. The song is easily the album’s strongest, despite my phobia of Julie Andrews.

The slower stuff works, too. “One Come We” has Prince I skipping through a simple piano riff as drums rip chunks out the lower registers of the arpeggio. “Coal Coal Black” throws a reggae bass riff under heavily reverbed notes and a factory of percussion, and navigates through the deluge with flashlights built from drones and chorded guitars. One of the more complex tracks, the way K.I.A. folds Shankhini’s vocals into every crevice he can find makes the skittish percussion seem less foreboding. “My Ma Amen” starts off with a chilling acapella duet between Sydney White and herself; the song itself doesn’t quite live up to the majesty of the first minute or so, but it works. Elsewhere, “We Do Supersonic” and “Dirty Liar” will have your dance floor moving. The former explodes tom fills under thick undulations of bass and synth while Prince I sings in the exact opposite voice he uses on “One Come We.” Seriously—it’s like he turned his own voice inside out. On the latter, MC General spits over harmonicas, banjos, old blues samples, and slurping snares.

Peeking through the awkward name for such a variety of artists housed on one disc, the results of these Various Chimeras are often surprising, mostly pleasing, and at a few moments (“Make Me Shake,” “Da Riddim Griffin,” and “Coal Coal Black”) fantastic. I think the bite here is a little sweet, but, hey, it’s summer, right? When better to bite down on the occasional confection?