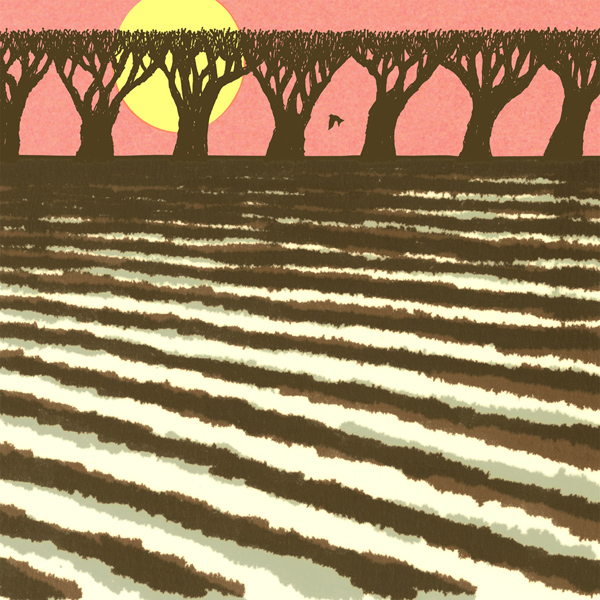 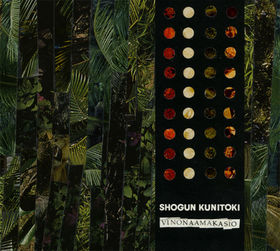 Lodged between fanfares and fantasy, there’s something more refined about version 2.0 of Shogun Kunitoki. Their first album wore its Commodore 64-referencing band title like a metaphor; each track was a vignette in the broader narrative of a young ninja gaining stripes. Vinonaamakasio seems more like a glimpse into that young hero’s later life, full of pomp and ceremony. Or even better, it’s like the opposite side of the first story; if Tasankokaiku was all about defeating the evil ninja, Vinonaamakasio is a glimpse into the kind of melancholy daily routine of a sympathetic iron-clad Shogun Kunitoki right before that punk kid killed him, doing for him what Wicked did for the Wicked Witch of the West. Of course, the question therefore is: does it do it more or less hamfistedly than Wicked?

The sheer rawness of Tasankokaiku gave it a kind of cute-to-harsh-analogue ratio that was endearing as well as overwhelming, spiraling through some lovely tracks that functioned more on ambience and mood than a clear sense of stylistic composition. I mean, let’s face it, when your band’s sound is basically “old computers” that’s cool, but there’s no reason to be getting lots of awards for originality. What made it work was the fact that the band drove that basic palette into tightly wound claustrophobic nightmares. Vinonaamakasio’s better produced palette offers a decidedly different take on that sound. More composed, ebullient, and joyous, the dark undercurrents that swirled through Tasankokaiku are missing. “Fuzzabeth Crackleby” sounds more like sunshine acid krautrock than analogue reclamations. The first album had the dark aesthetic to hold onto; this new effort is less immediately gripping, I think, because with the edges rounded off it sounds less like it had to essentially have been written and performed by this particular band.

On the other hand, I generally think the composition on hand here is much better than their last effort. I just feel like I sometimes have to reach through the overwhelming sameness of the tracks in general terms to reach a place where I can appreciate that composition. But once I get there, “Holvikirkko” sounds like the quintessential Shogun Kunitoki track, its melody slightly melancholy but tinged with hope conveyed through an two-octave refrain. And that tempo seems like it’s going to fall apart at any minute, in the most harrowing way. “Nebulous” has all kinds of wonderful little production tricks embedded within it, starting with that simple delay on the opening part that sounds like the riff asking questions to itself. “Ratalintu” is like punk Shogun Kunitoki, giant synth washes raging across the audio spectrum like a big analogue fuck you to the Kaossilator. But the rest of the tracks range from uniform to unremarkable, with the caveat that they’re all still good.

I dunno. That rating is kind of arbitrary in a way, I guess. I think I like this more than that when I’m listening to it, but when it’s off? There’s nothing here like “Tropiikin Kuuma Huuma” that stays with me. At the same time, when you’re using the exact same tones for each song, that’s kind of a necessary result. But I think where that works for some less bombastic bands here it serves to draw everything into the same cadence/release box. But the goods news, at least, is that if you liked Shogun Kunitoki version 1.0 there’s nothing here that’s a step backward. I just can’t decide if it maybe isn’t a step in place.