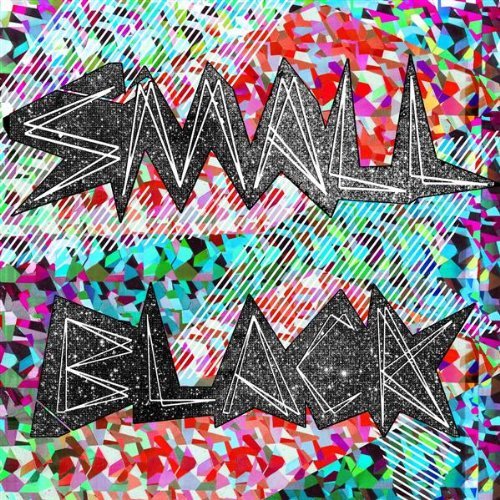 It’s tempting, when discussing an EP like Small Black, to lazily snipe it as scapegoat. I did it last year with Washed Out’s High Times cassette, which I didn’t so much review as dismiss for being part of an irritating trend. So Small Black seem damned from the start: not only are they part of the same irritating trend, but a late arrival on the chillwave scene. If you can’t read the term “chillwave scene” without rolling your eyes perhaps you’ll understand why dismissal seems, comparatively, like the path of least resistance.

After all, summer is long gone, the decade has been wrapped up nicely, and now glo-fi and whatever other catch-all trend labels that came to fleeting prominence in ’09 are cataloged and sweepingly considered. Wavves’ Nathan Williams still writes new material and Neon Indian clears 3k in secondary touring markets—those overnight sensations anticipate some longevity from their bolstered careers—but as trending blips they’ve faded from the indie-public consciousness. Which is when the ruminations and lamentations and States of the Blogospheric Nation kick in: if another new shitgaze/glo-fi act should cross our paths, let us use the occasion to reconsider the genres that so briefly were! Toro Y Moi? It’s winter, man, what are you playing at? “Now that the chillwave summer is behind us…”

Though perhaps it isn’t strictly seasonal. Pitchfork even wrote, ever so boldly, that “chillwave was never really about the beach”; not that I disagree, but where are the ardent throngs the genre’s diehards asserting the essential beach-like qualities? It seems, with trends like these, that we’re always arguing against nobody in particular. Maybe it’s a novel idea, but consider: Small Black’s EP sounds quite good even when it’s cold outside. You might think, despite any intuitive sense of it as an insidious cash-in on passe trend, that a group of musicians simply came together to write and record some songs, many of which just happen to employ hazy synth sounds and a drum machine. But then chillwave was never really about hazy synths and a drum machine. If these bands share one fundamental quality beyond oversold hype, it’s a shallow fascination with juvenile nostalgia. Washed Out, Neon Indian, Best Coast, um, “Memory Tapes”: all this is really about is a very particular and particularly appealing escapism. That’s their selling point, but it’s also typically the problem. For many of these bands, nostalgia is both the end and the means by which they arrive there—a vaguely old-seeming aesthetic evokes a space that seems vaguely old, which for forlorn youth is something to revel in.

Small Black don’t do that, except maybe incidentally. These songs are still swathed in evocatively antiquated synths, but in general their aesthetic is more Psychocandy (1985) than ExciteBike. Dream-pop and shoegaze might seem like obvious reference points for bands of this sort, but, as last year’s much-hyped “Deadbeat Summer” shows, a fondness for irony has bands like Neon Indian turning to yacht rock and synth-pop for backhanded inspiration. Copping dated pop for camp appeal often feels smarmy and condescending, but Small Black’s influences—Slowdive, Loveless (1991), and, like most of these groups, New Order—are applied much less winkingly. That’s really the most surprising thing about the Small Black EP: it seems to take itself and its material more seriously than other records of a similar style, and as a result is more deeply satisfying.

The phenomenon—here we go again, talking about it all in retrospect—died quickly for all sorts of reasons, not least because its pleasures were so superficial. “Despicable Dogs,” remixed beautifully on a separate 12” but presented in perfectly fine form here, is probably the genre’s first single to truly value emotion over posturing. That’s another thing it was “really about”: cool, ironic distance, fun in a noncommittal sort of way. Small Black doesn’t sound detached or disaffected; it sounds pretty fucking sad, actually, and it isn’t too hip to let you engage with it. If only all chillwave were so sensible.