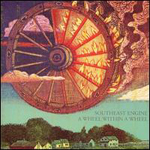 Southeast Engine: A Wheel Within A Wheel 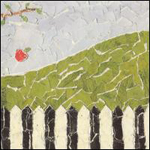 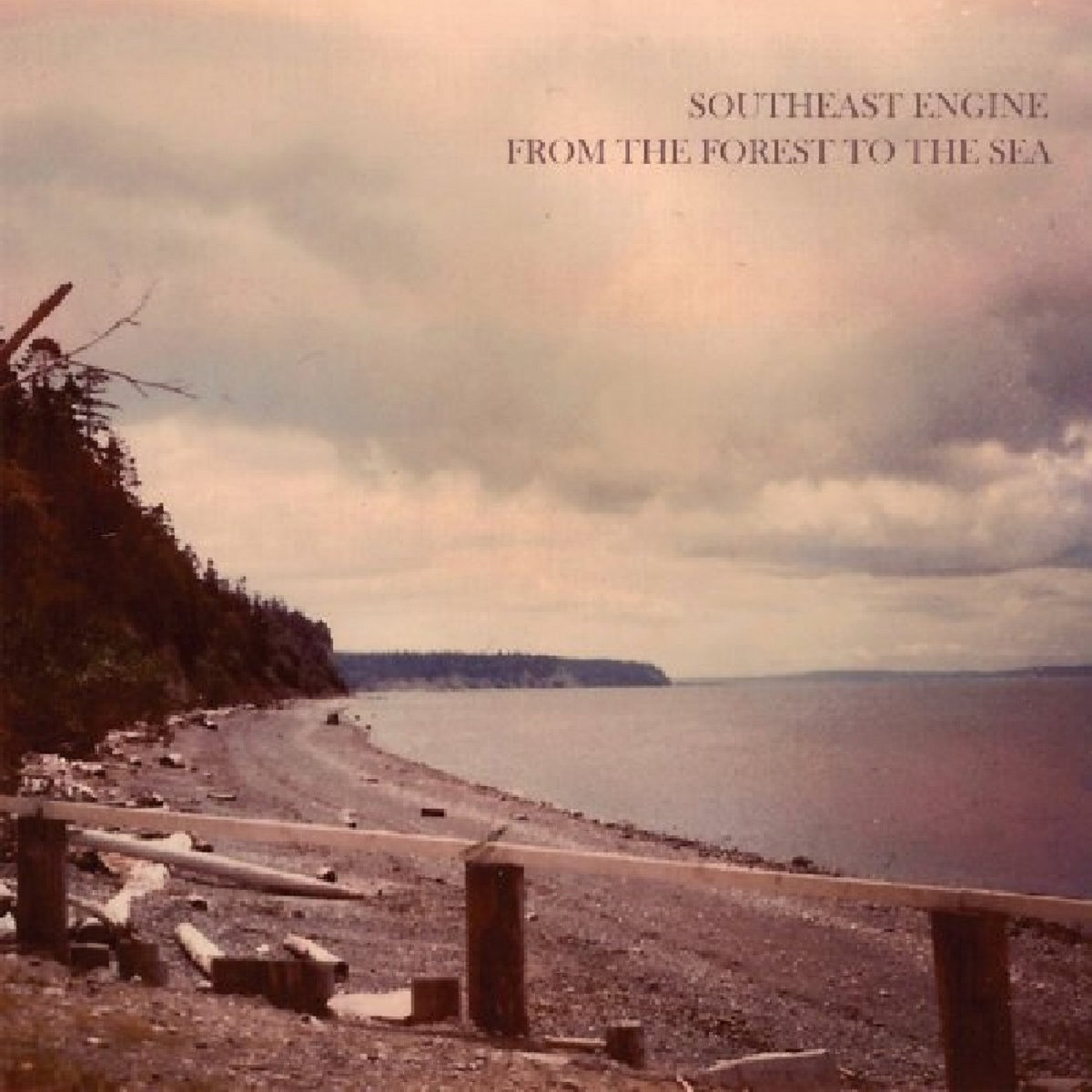 From the Forest to the Sea

Don’t let the brightly colored paintings of the goofy menagerie on the walls of your church nursery fool you. Don’t be drawn in by the soundstage buffoonery of Evan Almighty. The story of Noah’s Ark is some serious shit:

5 And God saw that the wickedness of man was great in the earth, and that every imagination of the thoughts of his heart was only evil continually. 6 And it repented the Lord that he had made man upon the earth, and it grieved him at his heart. 7 And the Lord said, I will destroy man whom I have created from the face of the earth; both man, and beast, and the creeping thing, and the fowls of the air; for it repenteth me that I have made them.
-Genesis 6:5-7 (King James Version)

Southeast Engine’s last outing, A Wheel Within a Wheel (2007), was a gathering storm of frenetic biblical allegory. From the Forest to the Sea employs the same basic narrative vehicle to darken the clouds still further. It is markedly less frenetic and more cohesive, and for that it is pitch-black and menacing, and for that it is head-and-shoulders the better record.

The seven songs that comprise the album’s featured story are bookended by The Forest—a three-song opening suite—and the record’s final two songs (one of which is aptly titled “Sea of Galilee”). And while the forest end of this frame is spooky but somewhat textually ambiguous, there can be little doubt about the function of the ocean trope. It is black, it is crushing, it is a horrifying whorl and a tool of divine destruction, and Adam Remnant, self-flagellator that he is, finds himself living at the bottom of it.

Remnant wastes no time in The Forest before unspooling his tightly wound knot of regret from the gaping hole in his chest cavity. “I said I wouldn’t do no evil / But evil’s just what I’ve done,” he laments, before adding, “My instinct flourishes as my good will recedes.” The cause of the remorse, at least for the album’s middle third, is an extramarital affair, a lust born of boredom (“Two of Every Kind”).

And there it sits for the rest of the album: Regret. Capital “R” regret. Lamentation, if you’re biblically inclined, and Lord knows Remnant is. It’s just kinda there. Staring at you like actual regret, as simple a conceit as you’re likely to find, wheedling for your attention even in the few songs that don’t deal directly with it.

There are two main reasons why the character of that constant presence makes this album brilliant. First, you’d be surprised by how an album so lyrically and thematically overcome with one of man’s bleakest experiences can make you tap your feet. “Black Gold” is pretty obviously the best song that Southeast Engine has ever released. It’s one huge, triumphant, spiritual, Springsteenian polemic on big oil, the album’s clear centerpiece. It also expands Remnant’s morbid ruminations on his own transgression to humanity et al. In other words: We’re doing it again! We’re calling down the flood! We’re dancing recklessly up to the line past which there lies no redemption! Not just Adam Remnant and his pale-faced mistress, all of us!

I mean, religiously tinged apocalyptic castigations put me off as much as the next guy, but clothe it in a crunchy Hammond organ melody and suddenly it seems less psychotic (“AIDS is God’s judgment on the gays”) and more old-timey innocuous (_Reefer Madness_), even fun. The same can be said of Michael Lachman’s garage organ chop in “Malcontent,” which sounds like it could be the descendent of a Doors jam except for, y’know, good. Even on “Sea of Galilee,” where our narrator finally seems willing to surrender his body in an act of penitence, there’s a lively piano boogie.

Second, the extended metaphor of the story of Noah is all-the-way inspired. In the King James Version of Genesis 6:7 God decides to destroy all of his own creation, saying, “It repenteth me that I have made them.” The Great Flood, that celestial genocide, is the most profound and powerful expression of regret in literary history, and the metaphor of floodwater as regret is perfectly apt. A flood is unfeeling oblivion, endlessly destructive, inexorable and complete. To this day we refer to them as acts of God. Maybe a flood describes regret so well because a flood was regret’s first and only physical incarnation. Whatever the reason the allegory resonates so strongly, Remnant has hit here upon a literary device that far outstrips any of his other admirable works for potency.

So yeah, your Sunday School lessons understandably focused on the pastoral tableau of the animals walking two-by-two to safety under Noah’s furrowed brow of supervision. That’s the rosy preamble. It’s easy to forget that those are the only creatures that made it out alive. That adorable little queue represents the only living things left standing on the entire planet when the waters receded. All of their cute and cuddly brothers and sisters were annihilated—crushed, like Remnant’s sorrowful narrator, by the unearthly power of regret.