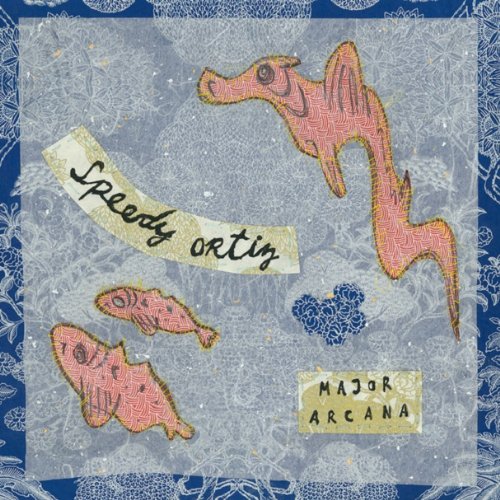 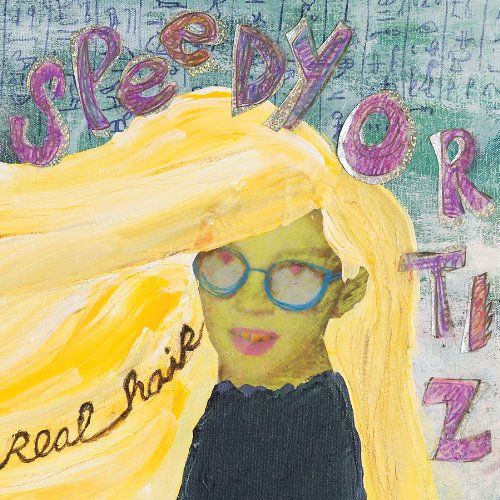 At a recent NYC gig, Speedy Ortiz’s Sadie Dupuis introduced “American Horror” as a song about the band’s favorite TV show, the fantastically campy melodrama American Horror Story. It sounded reasonable enough: the song, a wonderful slice of dissonant pop from the band’s new EP, Real Hair, halts and jerks like a schizophrenic patient in a haunted psych ward, while Dupuis paints an imagistic portrait of people left strapped to hospital beds to marinate in their own nightmares. She revealed in a later conversation she’d been kidding about that TV bit, but that only makes it better. As she put it then, the song evokes the torment of mental illness, “a real American horror” scarier than any television program could hope to be.

Real Hair’s four songs confirm Dupuis as one of our best chroniclers of the twin frights of depression and anxiety. Her band’s debut LP, last year’s Major Arcana, was easily one of the best rock records of 2013, but there are great guitar albums every year—Major Arcana announced something more, a band with killer riffs to spare but one also led by a writer of uncommon wit and lyrical precision. Dupuis filled the album with evocative depictions of depression’s hollowing effects (on “Tiger Tank,” she sings, “My face is unable to convey how very awfully I’m doing / Laugh out of habit / At the wrong schematic”; on “No Below,” it’s “You never saw me / Interred in the ice / My friend tried to melt, but / He couldn’t thaw me outright / So I got ditched, freezing / Alone with my thoughts”). Real Hair sees her further sharpening her pen to a razor’s point, the alienation and anxiety in each of its songs slicing straight to the quick.

But Dupuis, a poet in her other life, isn’t writing spoken-word material here. If her band couldn’t carry its weight, even a line as good as “American Horror”’s “you’re acting strap-down crazy” would fall flat. No worries. “American Horror” is something of a miracle, at once thornier and smoother than anything Speedy Ortiz has done before. Dupuis and guitarist Matt Robidoux trade off-kilter chords during the verse, both players expert at spackling their inventive riffs with enough sludge to give the band’s sound the perfect dose of ugly menace, their melodies lurching together in a beautifully seasick waltz. Pop out your right earbud and listen to the track’s left channel by itself, the way one guitar is allowed to drone between hook-laden notes—that texture shows Speedy Ortiz’s attention to detail, how the group knows hooks shine brighter when they have to fight through a bit of murk. The thick, muddy quality of the verse makes the sudden shift to a streamlined, power-pop chorus even more thrilling, Dupuis’s double-tracked vocals lent extra heft to drive home a fists-in-the-air anthem.

The new confidence in her voice gives these songs a subtle edge over Arcana’s material, emboldening Dupuis to write more complex vocal hooks to showcase a greater range. “American Horror” sees her inhaling the ends of her sentences somewhere deep into her chest, while the choruses of “Oxygal” and “Shine Theory” rely on more delicate, higher notes to lift their melodies off into the atmosphere. And “Everything’s Bigger” manages all of those tricks in the span of two-and-a-half minutes. Dupuis imbues her performance across the EP with a raw and exciting energy, even more impressive considering she does so while writing in lyrics almost as knotty as the riffs winding around them. Her writing on Real Hair sacrifices none of Major Arcana’s verve or crystalline observations in spite of being notably denser, with Dupuis layering syllable over syllable, image over image, until these songs should burst apart. Instead, hitting the “repeat” button to better pull apart the motormouth syntactical acrobatics of a track like “Shine Theory” simply reminds you how nice it is to have a rock songwriter so concerned with language.

And it’s worth the attention: “Shine Theory” is a mini-epic, half a dozen different movements packed into a single showstopping ballad. More than any song in the band’s catalog, it best displays the balletic poise with which Speedy Ortiz toes the line between tumbling into dissonant chaos and maintaining a delectable, captivating tension. Drummer Mike Falcone uses syncopation like an evil genius, setting a rock-solid backbone while teasing the beat enough to make it seem as if the entire track could come off the rails at the next crack of his snare. Dupuis and Robidoux’s interlocking riffs coil around the rhythm section’s low end, choking it for breath until Dupuis comes up for air on the bridge. “I wanna want him so bad,” she sings there, “But I don’t recognize the charms that he has / I hear he’s pretty and swell / But I don’t get aroused.” Plenty of songs have been written about depression, but how many get at the way the disease leaves you not just wanting human connection, but wanting to want it? That sort of lyrical nuance, mirrored by the textural details of the compositions here, makes this EP seem as consequential as an entire LP’s worth of top-notch songwriting. Not a bad way to keep our interest in between recording sessions.