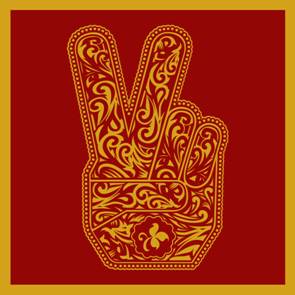 There’s this radio station based out of Hartford, CT called 106.9 WCCC (We are ConneCtiCut, natch!) notable for being independently owned and for having hosted one of Howard Stern’s earliest paying gigs in the late 70s. It bills itself as a “people’s station” of sorts; no portion of their airtime is ever pre-recorded. Of course, this doesn’t change the fact that nowadays the station is still devoted to mostly playing the type of late 90s/early aughts fake metal bands that, like so many (Papa) roaches, refuse to die. This all I mention for solely one reason: WCCC was the place where I first heard Stone Temple Pilots.

It’s probably just rosy nostalgia talking, but the station seemed a lot cooler when I was 15, back then featuring larger doses of classic rock in the mix and more interesting DJs. Best of all was the weeknight “Battle of the Bands,” wherein the DJ pitted two songs against one another in mortal combat. It was the first time I was exposed to the likes of Mother Love Bone and Monster Magnet—what was better was that the callers took this shit extremely seriously, purposely voting against superior songs just to keep them from winning five nights in a row and thusly entering the so-called Hall of Fame. I listened to this bit religiously for three years and could only recall two songs achieving said status: Pantera’s “Hollow” and STP’s “Plush.”

And my barely post-pubescent self liked the latter song a lot too, but not enough to actually buy a copy of Core (1992)—because that would have been uncool. Authenticity (or the illusion of same) was all the rage in the early 90s, and I had already thrown my flannel shirt in the ring with the more critically acceptable likes of Nirvana and Pearl Jam.

But time has been kind to Stone Temple Pilots. No, really. Seriously. Once dismissed as uber-derivative lunkheads credited with ushering in the second-hand grunge era in which any band with drop-D tunings and a bad attitude wound up on a major label, now we can view them for what they actually were: a harmless shoulder shrug of a rock and roll band with a good collective ear for single-craft. “But Dave,” Clayton Purdom opines, “Scott Weiland.” Understood, and granted, he lags just behind Pete Doherty on the scale of junkies that nobody really feels sorry for, his only rival for 90s lyrical atrocity one Anthony Kiedis. But I still contend that he sounds far less like Eddie Vedder than his detractors once claimed, and “Vasoline” and “Interstate Love Song” are 90s classics on an unfuckwithable level akin to Gin Blossoms’ “Hey Jealousy.” No; really.

So now they’re back together after an acrimonious 2003 split, and it would have been plenty easy for them to re-issue another singles package and make bank by rolling out the hits every night. But like the Stooges and Jane’s Addiction before them, Stone Temple Pilots presumably feel the need to justify their existence with a new record. Said new record is what one would expect: wholly similar to their first three records in that it’s got three possible hit singles, a useless Side B, and is proudly derivative of at least six other bands. They are amusingly impervious to trends. So long as you can get your head around the fact that it’s, y’know, Stone Temple Pilots, this, their self-titled sixth full-length, is far better than any pointless reunion album needs to be.

Lead single “Between the Lines” (“Really love to fish / But hate superficial people!” Yeah!) boldly steals the middle eight from Nirvana’s “Stay Away”; “Huckleberry Crumble” sounds like it was written for Steven Tyler to sing; and “Dare if You Dare” is Mott the Hoople’s “All the Young Dudes” in a different key (Scott Weiland has never been exactly shy about his Bowie obsession). So what? Stone Temple Pilots have never really aspired to be anything other than a good-timey jukebox, and they’re always considerably easier to stomach when they’re obviously lifting from other bands as opposed to when they’re making a concerted effort to be serious creative forces, which is the case for this album’s final three (terrible) songs. Everything sounds like everything else these days; derivation is often used as a sword by critics when they’re pre-conditioned not to like something. (Ever hear someone rip Amnesiac [2001] for jacking Laughing Stock [1991]? Didn’t think so.) Sure, Weiland’s lyrics are still rife with “did he actually just sing that?” moments (my current favorite being “Yeaaaah, it’s alriiiight / As we mosey on into the niiiiight!!”), but there’s an undercurrent of dumb fun at work here that’s simply too harmless to get worked up about.

So it once again appears that I’m CMG’s resident asshole, sticking up for early ’90s scrunge rock. I’m OK with that. Stone Temple Pilots were slavish imitators, and yet not nearly as awful as most would have you believe; originality is overrated when good singles are so hard to write. Stone Temple Pilots is not only a good reminder of this, it’s a great reminder of, after so much bullshit, what the band could be at their best. And now’s when you Google Monster Magnet to see if “Space Lord” has ever been topped.