Other Records by Sun 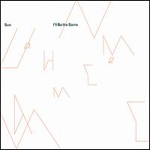 I'll Be the Same

Knocking mid-‘90s grit (watch the processing on those vocals) together with a burial ground for elliptical high-note guitar riffs, “Mosquito” opens I’ll Be the Same at a space of inertia: so much is going on but so little happens. Except, weirdly, the song is a curious little thing all the same, even if the falsettoed chorus seems like a faint memory and every one of like at least four distinct guitar overdubs seems like it was stripped from the outro of “Hummer.” That’s the trick here, I think, that Sun’s playing: fuck lo-fi, since every curlicue of sound ends at another sample that launches another volley of almost-known sound. Live Sunn O))) cohort Oren Ambarchi and Chris Townend don’t make songs so much as pastiches in the Panda Bear sense, playing with the lap-top guitar tricks Ambarchi deploys in his solo work and sticking them to pop songs.

The album plays out like a love letter to the same breezy childhood the Animal Collective dream of in their quieter moments; I’ll Be the Same lacks the horror that offsets the halcyon vision, to be sure, but it still floats around the same fields. “Help Yourself” stutters itself awake and asleep, muted acoustic strings struck with a pick to provide some sense of rhythm in the right channel while vocals and a gazillion other acoustics and electrics strum bleary melodies across the audio spectrum. Which again makes it sound hokey, but it’s incredibly hard to describe how well the duo pulls this overdubbed wistfulness off without making it sound like a disaster. Or maybe it isn’t, given the fact that we live in a post-Dave Newfeld world. “Bruise Things” makes the samples and scratch more audible than the vocals, like Newfeld is singing behind a screen of floating sound cues. And it’s pretty.

The layers lessen a bit as the crisp piano of “Help Yourself” enters the mix, driving drums riding beneath a curious vocal sample and acoustic guitar. The song builds to a pretty neat conclusion as drums and vocal harmonies began to coalesce around the pulse of the piano, a lo-fi anthem that spirals into the dreary guitar harmonies of “Soul Pusha.” The last two songs are the most loose in the rhythmic sense of the word; the former plays like a jazz ballad from, say, Bill Frisell, while the latter, “Smile,” is the most brooding track here, falling somewhere between Charalambides and Karate. I’ll Be the Same sounds like it was constructed out of the remains of a winter hibernation hole; everything has natural beauty, but the ends are ragged and frayed.