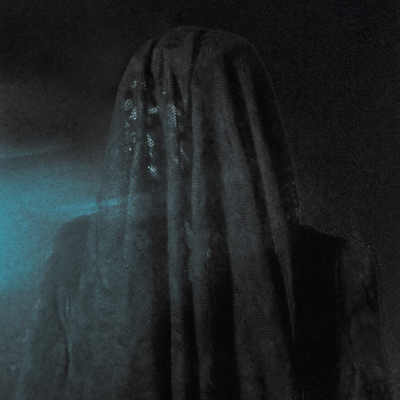 Do you believe in signs? Not I. “Subway: Eat Fresh Today!”: health scare. “Do not touch any military debris—it may explode and kill you”: political correctness gone mad. Even the gull who exploded on my headlights last week provided more entertainment than he did premonition. But when Type Records put out another creaky gas giant precisely three weeks and two days after January 24th—the official most depressing day of the year, astrologers—well, that’s The Number 23 in action, surely. To anyone unfamiliar with Type’s recent movements, they’ve been going down that whole David Cronenberg Videodrome (1983) route where everything postulated causes the brain to short circuit because it’s ten years ahead of its era. Kappe, then, is a backwards time capsule from post-financial ruin FM: looters gut transmitter towers for scrap and the stations broadcast nothing but living fuzz. To give a better example, scratch Cronenberg and think John Carpenter, specifically his 1987 headfuck Prince of Darkness. Satan’s enslaved Canadians send their video diaries back in time, picked up by the minds of present-day PhD students whenever they try and grab forty winks. Rubber sheets and then some.

According to star charts, Norway’s Erik K Skodvin is stuck somewhere in 2021, furious at the soiling of his country’s blue fjords and sick at all that smog-blocked aurora. As a result he’s got religion—specifically, the testaments envisioned by labelmate John Twells on his white noise masterpiece In Bocca Al Lupo (2008). To say that Kappe is its arctic cousin might be wading in too fast with the praise, but as lungs breathe cold ammonia to the growling jackals of “Mystery Man,” it’s time to get goosebumps again. Type seem to be requesting their own iTunes genre with these releases, and Kappe marks their second full trip to the continent of total oblivion. The word “frightful” isn’t used much in music journalism these days but if there was ever a record to calmly plant a flag in the adjective, it’s this one. You’ll spot it more quickly in the blizzard that way.

Like its hellish twin by Twells, though, the catch to all this sea oil and seal meat is it’s not something you can listen to in the day, not unless you’re housekeeper to the lower reaches of the Addams family. Feedback weeps with rising dementia, twisting like blinded cave-divers while the bubbling in your skull goes nuclear. As the sub-zero mist of “Tunnel Of Love” took hold I realised that John Cale had it right in 1974 when he opened with track one of Fear: it’s a man’s best friend, forever at your shoulder ready to smother you whole once reality’s flashed you a look. Every night I’d ever spent wired to survival horror games suddenly came back to haunt me and before too long I had to bring out my hypo of Bloodhound Gang just to keep myself from crossing the brink again. As if coping with flashbacks was’t enough, the tracks also expand as one ventures in. “Candle Light Dinner Actress”—a nod to the cover of Def Leppard’s Retro Active (1993), I’m guessing—is a sixteen-minute germ breakout, brewing a Norse apocalypse more salty than Captain Nemo. You’re only saved from certain asphyxiation by the album’s gallant last quarter: a soundtrack-cassette-eaten-by-Pioneer-tapedeck moment that swaps the black chill for a wobbly rescue. Ah, it was a mean conjuring trick all along! Blur your mark with the which-cup-is-it-under routine, watch their eyeballs sweat from the stress of tracking the prize for their child and then hand them the middle cup’s tiny toy. Ages three and upward only. Small parts may cause choking.

I like these recent ventures by Type, even though the right-hand side of my brain screams “press stop you fool.” They might make it to popular podcasts but I think their roots could be in old-school radio shows, you know. Listening to the sleepy hell of Kappe is akin to sitting in the dark after a beating—it tells me that Svarte Greiner also once tried to go camping only for his new torch to get wet and die on him. Alone between two hills he tried his Action Man portable receiver, but the black rain meant he couldn’t see the tuning dial, drifting all night through canyons of cackling long-wave. That’s probably where Kappe first first came to him: appearing in his head like the flux capacitor did for Christopher Lloyd when he fell off his Back To The Future toilet. Pop Will Eat Itself once said that when we got to hell it would come available in sixteen different flavours. We’ve had bread with In Bocca Al Lupo and now four slugs of icewater with Kappe. Pudding’s going to be a blast.