Other Records by Tape 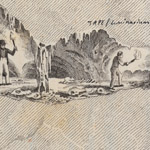 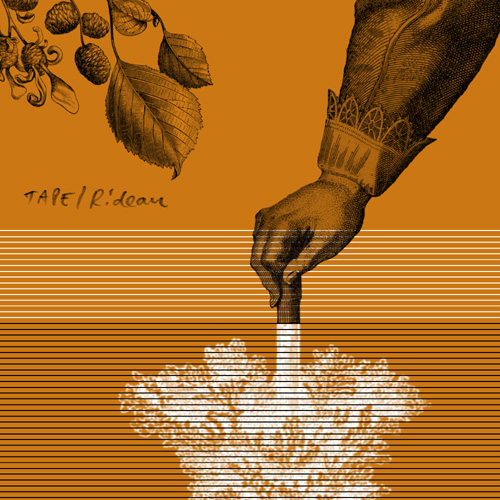 My family spent the holidays in London, and, being a huge fan of Joseph Beuys, one of the things I was most excited to do was visit the Tate Modern. One of the things I was least excited to do was be accompanied there by my father, a huge fan of Egyptian museum exhibits, but it was “family time,” so off we went, and it was just as disastrous as I expected. His astonished quips at the fact that governments would devote money to host such “bullshit” came to a head when we reached the multi-artist “Living Sculpture” installation. If Pawel Althamer’s Self Portrait as a Businessman (a pile of clothes on the floor) wasn’t enough for him, Bruce Nauman’s Double No (a looped video of a man jumping up and down) was. We had to leave once he started mocking the other art enthusiasts by stroking his chin and saying, “This is magnificent!”

Thing is, for different reasons, I kind of wanted to mock the “Living Sculpture” installation right along with him. For me, what separates “good” and “bad” modern art is the extent to which it offers new languages and ideas that engage the public. All this particular installation did was hack at the same “what, really, is art?” question that has been the focus of a slew of (much better) work in the past century. Like, we get it: the canon should be broken down; public art in public space; skill and medium are less important than concept. All things I value in art, but…I already know.

I think my father, who doesn’t like a Zeppelin album after their fourth and would choose mummies over Monet any day of the week, would lump Tape in with what he perceives as “bullshit,” which, for him, exists on both sides of the Led Zeppelin spectrum. On one hand, he hates music experimental enough to defy easy consumption, and on the other, he hates music that tries to reduce pop music to its basic formula. Standing firmly between the two extremities means refusing to engage with either: one is too artsy (“but I don’t get what this pile of clothes is supposed to mean…”), and the other too simple (“but…it’s just a pile of clothes”). And thus, my father owns every Sheryl Crow album.

Okay, so that’s a fairly reductive portrait of “commercial” music, but part and parcel of this complex and circular spectrum (by which middle-of-the-road music attains its cultural cache) is a prevalent assumption that experimental composition, like the ambient soundscapes Tape nail on Rideau, is more alienating, less inclusive, and less accessible than pop rock. Not true. Pop music, at least when practiced in the popular fashion, actually defies populism. Sure, you can sing along, or dance to it, or choose to take a piss during the boring tracks, but the engagement between performer and audience is often one of subordination—an audience reacts to what the performer is doing, but isn’t actively involved in the creative process. Sure, there are exceptions, and the point is not that pop music is irrevocably oppressive, but we shouldn’t assume a cut-and-dry relationship between commercial success and popular accessibility. Even if a band wants you to clap along, their stacks are eventually going to drown you out.

Good ambient artists like Tape (i.e. those that don’t indulge in abstraction for abstraction’s sake) often extend the very hand pop music holds back. It’s a tricky transaction to explain with words since so much of it is grounded in the immediate experience of listening to the work of such artists, but here’s an attempt: Tomas Hallonsten and brothers Johan and Andreas Berthling excel, through careful attention to internal dynamics, at manipulating a minimal sonic palette into songs that evoke an incredible amount of images, ideas and sounds—far more, in fact, than the amount from which they are actually composed. Their audience is allowed inside these pieces because of the lack of limit or definition placed on what they should evoke, and since evocation is built into the internal logic of each piece, an audience’s emotional investment is crucial to constructing their final forms.

Consider “A Spire,” a song that manages to play both sides of its title’s pun. It begins with a solemn piano hammering an off-time riff, forming a dark and forbidding staircase we might climb. Reaching the top, the mood changes, and an acoustic guitar begins to play a haunting melody that folds Scandinavian folk tradition into ethereal strings and static. My own personal engagement with this song, however, is more complex than simply imagining imagery to describe it. “A Spire” is built though producer Marcus Schmickler’s attention to tension, and in the spaces between its notes I find myself anticipating potential resolutions. Every time I hear it, for example, I’m waiting for drums to kick in. They never do, but in that space of expectation, I hear them because of constant audio cues that they should be there. As I’m drawn into the piece through that state of expectancy, I’m given both emotional and sonic palettes to reconstruct as I see fit. The song becomes sad, hopeful or ecstatic, depending on how I choose to interpret it.

I’m not trying to overemphasize my own (or your) relationship to Tape; this is simply how I react to their music. But to open-end a piece like this without sacrificing its melodic integrity is incredibly difficult to achieve. Unlike the pile of clothes on the floor that so bemused my father, Tape’s refusal to limit what this track could say infuses it with infinite replayability. And even if “A Spire” offers the most accomplished melody on Rideau by far, the other tracks are often even more dense and interesting.

“Sunrefrain” slides off the back of its descending bass riff as organs, guitar, brass, and static cycle above it. The static, especially, is skillfully employed by Tape; tied melodically to instrumental passages, and not simply pasted onto them, it seems to imply whole clusters of hypertextual associations for each shift in the song’s general tone. Through those clusters, the piece is able to gain steam without percussion or other enhancements; momentum is achieved through reactions to these phantom pains. When the bass drop outs midway to reveal a repeating sine wave, and later again to defer to an organ replicating the sine wave’s pattern, the boundaries between analogue composition and accidental “noise” are eroded; this becomes a song about sound, though what those sounds mean is up for interpretation.

In that vein, “Exuma” is all tip toes and spirit fingers locked in a slow-release shuffle. As low synths descend in pitch behind a cloud of reed organ chords, light percussion fusses in the foreground. It sounds like speech or a multitude of whispered conversations, but the words are left for us to fill in. “Sand Dunes” thrums with restrained energy; a guitar sweeps and strums in union with a kick drum while buzzing noise gathers in the background. The effect sounds a lot like Califone going for speed rather than space, and the tune unravels at a healthy clip to reveal dripping pitch-bended piano, a tinny trumpet, and scrapes of guitar feedback that resolve themselves into a soaring bridge. No attempt is made to disguise the finger scrapes produced between notes on acoustic strings; again, the distinction between buzzing instrument and hive noise dissolves as the song propels itself forward.

The album ends with “Long Lost Engine”; demure and plaintive, it slowly assesses the world around it as it emerges, eyes blinking in the light. Again employing the pitch shifting technique on a mellotron patch that shimmers in the background, Tape maneuver a subtle one-note lead around an empty space until an electric guitar and organ join together in a melancholy riff. Other organ samples—buzzes, reversed note runs, odd chords—flit through the mix, disorienting the listener. These languid progressions might be hopeful or pessimistic, but their forms are lovely ones in which to get lost.

If the old adage that the Velvet Underground forms bands is true, Rideau is chock full of sounds that will encourage those bands to write songs. And which is more important? Bands and albums are the stuff of lists, those documents that allow us to canonize and institutionalize music (and provide the foundation for the music crit). Songs are the calling cards that, despite differences in personal taste, allow us to share our giddy emotional reactions to pure noise. Even my father and I. It was he, after all, who first played Led Zeppelin for me—my first indication that maybe C&C Music Factory was not “all that.” He wouldn’t like Rideau, but I learned how to like it when he first played me “Black Dog.” And I feel just as giddy now.