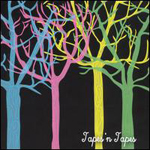 Tweet
The Loon succeeds where other indie debuts stall, and it lays in Tapes ’n Tapes' acute awareness of how people will approach their music.

Due to the "huge splash" they’ve made on various reputable music blogs, a superficial listener cannot help but tag their sound with the perfunctory markers of bands only associated through online exposition and placement, rather than appreciate their individuality. There could be someone out there at this very instant with eleven times my capacity for caffeine, perusing various online forums and classifying Tapes ’n Tapes as " Rockus Alternativa Blackus Franciscus."
Maybe someone’s even writing a witty repartee of how they detest their music as much as The Wizard of Oz.

Don't misinterpret my words --- order is an absolute necessity for our comprehension of all things, but often the parameters can result in unwieldy confines for a band to explore. Hype doesn't simply shackle a group, it more often prepares listeners for a pretty killing. Even the best records, the ones whose pleasure is only enhanced with age, can be hamstrung by incessant Chinese whispers. In theory, one should experience an album objectively, but it’s difficult to remain recalcitrant to the inflammatory comments of experts who pretend to be great and powerful people and exploit their supposed superiority to play Pied Piper to a bunch of fox smart upstarts. Whether it’s buzz or backlash, it is designed to instigate a reactionary response that isn't founded in the songs, but merely undermines their importance in the matter of their own analysis.

Don't be fooled into believing that this is an argument for the old adage of letting the music do all the talking. Indeed, when it comes to spreading the wildfire, the aforementioned groups may be playing a crucial role in their own demise, whether it is the sorry story of the album not living up to a feverous first single, or, and far more pernicious, if a group manipulates the building blocks of the present age to fine-tune an omnipresent frequency that appeals to as many hearts as possible, whilst disregarding their own. And whilst one might comment that we’re all in the throes of change, and that even those transitions are in flux, the variations are occurring at such a minute level as to merely lead to equilibration around the centralised concepts that our beliefs and pleasure are founded on.

The Loon doesn't attempt a revolution, but wryly acknowledges our every-day process of diagnostic siltation --- assimilating rather than annihilating the well-worn codes, studying them to produce a sound that is only complementary to what we’ve come to learn on a cursory listen. The shapes might not have changed, but there are fundamental differences in its substance, whose insidious nature is revealed on further study.

So, one might give the most talked up song here, “Insistor,” a try and be pulled in by its magnetic and euphoric chorus. It’s not uncommon for groups to conjure up hallucinogenic highs to beguile our natural need for escapisms and entertainment. “Insistor” tackles the innate difficulties of the"Humming Betrayal" twofold: the chorus is neither overburdened with extraneous instrumentation nor is it dragged out for far too long, whilst the verses, given equal weighting, serve to contradict the impending rush in pace and musicianship. Tapes ’n Tapes, though, don't succumb into the dreary footfalls of tension and release, instead blurring the lines between the two, and thus toying with our own expectations of what this song, this genre, this exercise should yield. Both the verses and choruses are propelled by a boundless energy and enthusiasm that, across The Loon's eleven songs, never wavers.

The band isn't trying to disengage your interest, either. There are no 4 minute leaf-rustling solos; The Loon is nothing short of an incredibly focused song suite, minus all the extraneous frivolities that you’ve gotten too used to hearing from an "incredibly focused song suite." The weirdness lies more in the modulation of mutated details. “The Iliad” starts off all-twee before veering into a melange of neutered beats and keyboards masquerading as hooting owls. “Manitoba,” like much of the rest of the album, sports genuinely pretty guitar tinkles, the drums serenely waltzing across the floor, offering up a hand for the bass, and then, suddenly, a foot up into rockier terrains.

Perhaps most surprising is how genuinely affecting frontman Josh’s voicemanages to be, each word enunciated with a slight quiver, but nothing too flagrant as to solicit tunelessness. When, on the rollicking “Cowbell”, he intones that “I hate you from the heart,” it isn't a conflagration, but rather the conflation of a strained tone, seemingly more suited to stream of conscious, with his thoughts, tangential, yet coagulated into singular sentiments, leaving a boisterous, rowdy backing to fray the edges. It’s this disembodied nature that perseveres to make every song more interesting than the sum of its parts.

And while The Loon is doused in enough gleeful Puckishness as to warrant comments about ‘individuality’ and ‘originality,’ one cannot forget that, even if the boundaries are being skewered, we are still within the realms of a well-worn genre, and, unsurprisingly, vague echoes of other groups filter through. Perhaps, in the sense that they lure conventional rock forms and clichés to be mutilated into sly calling cards, Tapes ’n Tapes hearken back to the sound of early Spoon. “Jakov’s Suite” may fool one into believing, with its leapfrogging guitar solo, a traditional rock out to be in store, but, right in the heat of the moment, the pace is dropped, the distortion dishevelled, and a melancholy melody left to ruminate over the change (“I’ve been hanging round for years”).

Such is the "dirty look" proponent around peddlers of this nature, though, that, when I did listen to The Loon for the first time, I came to the conclusion that it was an accomplished record, only marginally ahead of the rest of its struggling pack. As a whole, the album didn't leap out of my speaker in a pink slip and start incanting to me the 40 reasons why I should plaster a beaming 84% on its flirtatious forehead.

Trust me, it just didn't happen.

It’s naïve to think in our oversaturated, media-savvy generation that anything could remain sacred, or be capable of surprising us anymore. Tapes ’n Tapes know this, and don't pretend to dress up their sound with zealous gimmickry. They retain a genuinely empathetic sincerity that deserves applause.