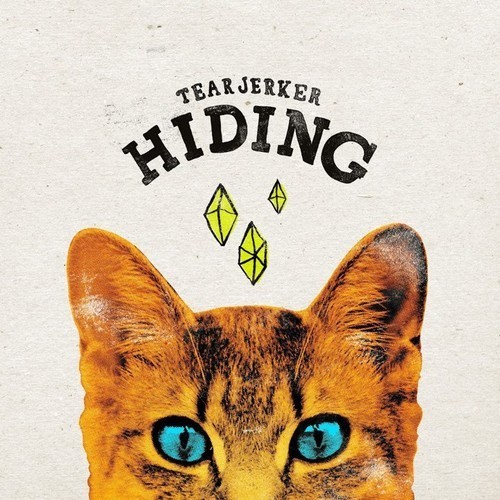 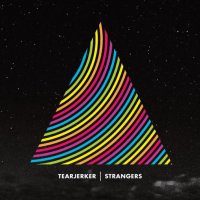 Toronto’s Tearjerker is an assemblage of everything I want from a band bearing the “shoegaze” family crest—namely, that deeply appealing aesthetic of black, chillwave-y outer space, with low-hung clouds of gritty distortion requisitely clogging the cosmos. Strangers is pregnant-to-bust with a blend of Trevor Hawkins’ live drums, low-res backbeat samples, and the yearning swells of Micah Bonte’s mostly unintelligible vocals, which single-handedly skew the potentially macabre into something arrestingly tender. Bonte’s words stumble around at a tectonic pace, yet somehow rouse the pulse; it makes a girl want to dig that ancient pack of unfiltered Lucky Strikes from her old camera bag, lie down in the dark with the window open, and take those guilty drags on a cigarette, enjoying the feeling of letting it all blow out the window along with the precious apartment heat. See? Chillwave-y.

I have fallen and fallen hard for this album, right from the opening track. “Best” presses in with a warmth that slowly infuses the song like a blush coming over skin, only to then have Bonte’s pleading vocals break suddenly through the dense, mounting contentedness and pull at ye olde heartstrings left vulnerable with an aching tone that’s just as devastating. Devastating even when I couldn’t make out what exactly he’s singing on the fifth listen—and when I did make it out, I realized he was singing exactly what I felt he might be singing.

It’s a hell of an opening song, so good that the sedate crawl of following track “Noah” seems like it won’t live up to its predecessor: a literal sampling of water running in a shower, some soundbyte speech track, and an elbow-skinning scuff noise are nice enough, but briefly made me panic that the opening track might be a red herring, the record’s high point already gone in the first track. Which is fortunately, and very obviously, not the case. The metallic, low-key “Strangers” waltzes in, slightly bleak, picking up where “Best” left off and depositing me smoothly in “Wave,” into deeply pleasureful listening territory; though it’s swarmed with a hoard of locust-like buzzing, I hardly have a chance to take notice.

But the emotive little soul of this album hangs like a bruised heart in the midst of Strangers’ final tracks. In “Polar Bear,” in between blurts of funeral-march brass, Micah Bonte’s vocals smack of all the ingenuous pleas and chest-tightening pathos of Carissa’s Wierd’s Matt Brooke. These are vocals clotted up with infatuation, and even when indiscernible they sound to the soul like good intentions—or intentions too good, too candid to be sunken in such genre-saturating distortion. The album’s subtle virtues are buried as deeply as Daniel Garbutt’s piano trickling through the slow-stepping “Nice Clothes.”

Tearjerker demonstrate a deep understanding not only of how really impactful shoegaze works, but how a really enjoyable album works. For example, closer “Slip Away”: my pulse picks up with the sternum-thumping bass palpitations, the lifts in the vocals, the clacking, muted clap-track that begins as the song washes out; it simultaneously drifts out the door and fades from clear transmission without any sense of deflating, instead leaving an uplifted, bare whiff of happiness hanging in the album’s wake. It’s a polished finish to a sophisticated album that never imposes itself as heady, polished, or sophisticated. Despite the deft distortion-handling, and the fact that two of the band members have been together since the mid-‘90s, Strangers feels fresh and unpresumptuous in a way I rarely attribute to albums outside favorite debuts from new bands.

Maybe there’ll be a day when even the best of the lo-fi chillwavers will cease to reach me. I thought that might already be the case. Full disclosure: I really didn’t think a band with a name like “Tearjerker” would live up to its name and be the exception to the rule. But they found, scavenged, and pushed all my shoegaze-loving buttons but good. With a new LP release planned for the balmier months of 2011 and a slew of remix EPs in the meantime, there’s cause for my pulse to remain elevated and that bright thought to hang tight.