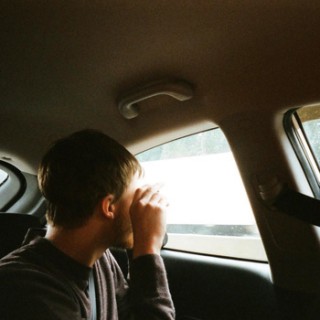 “Sometimes there’s a man…I won’t say a hero, ‘cause, what’s a hero? But sometimes, there’s a man…well, he’s the man for his time and place. He fits right in there.”

Like the subject of the above quote (The Big Lebowski‘s The Dude, for those who have no frame of reference), Teen Daze is the man for his time and place. He operates mostly from his tumblr account, with a satellite station over at Bandcamp; in his various projects, he bounces between electro, folk, and beach songs, ingesting and reproducing tropes like some kind of chillwave silkworm; he’s all over the Internet, but, until recently, no one even knew his real name. In the notes accompanying his Beach Dreams EP (2010), he wrote, “I really came to fall in love with the whole lo-fi pop scene this summer.” Yeah, you and everybody else, dude.

Yet Teen Daze is hardly an everyman. He’s too energetic, prolific, and sincere to be an archetype of humans in the digital age (while the rest of us are all too often stagnant, creatively barren, and contrived—but savvy as hell, let me tell you). Unlike The Dude, this dude is not a lazy man. He is a prolific songwriter, collaborator, and producer, remixing big names and his friends’ bands with equal zeal. Based on his web postings, Teen Daze seems about as well versed in popular music as the average blog-surfer: in his response to the death of Trish Keenan, he notes that he first heard Broadcast about six months ago, and he unabashedly cites of-the-moment influences like Toro Y Moi and Washed Out, rather than historical curios. Yet his response to these influences—to dive headfirst into a churning musical melange and wrest out what nuggets of meaning and clarity he can—is uncommonly optimistic and intrepid.

All of that being said—and said, I admit, with the intent of disarming the following thesis statement—My Bedroom Floor will probably not be remembered as the dizzying apex of Teen Daze’s career. It is a solid dance-floor album with nice hooks, even nicer sounds, and fantastic showing of technical acuity. However, the songs rarely properly coalesce into distinct beings. This is, Teen Daze states in the liner notes, a New Years album. What this means for its existence post-December 31, 2010 is hard to say, and the album’s biggest fault may be that it fulfills its mission statement perfectly. In creating ecstasy-tinged dance candy, Teen Daze runs the risk of having his creation end up like most New Years party favors: emptily consumed the night of, leaving less to chew on the day after.

Despite these foibles, a glut of joy does bump Teen Daze a level or two above the average knob-twiddler. Opener “Keep the Girls Away” kicks off with a stomp-and-clap shout-out of the album’s only words—“Can you dance man / Do a handstand / Get low!”—followed by the appropriate kick-in to epic, washing synths and pistoning bass drum/hi-hat mechanics. There’s nothing that catches the listener by surprise, but that’s pretty much dance music, right? While Teen Daze is, thus far, a genre worker, feeling around the walls of whichever stylistic box he’s dropped himself into, the relish with which he consumes and produces music means that every corner of every box is considered and swept clean. His careful observation of genre conventions means that the music he makes nestles comfortably into a number of pre-carved niches. He fits right in there.

Which works for and against him. Certainly, there are no bad tracks on My Bedroom Floor, but there are also few standouts. Teen Daze’s immaculate reproduction of synth dance-pop is sharp and clean. While the artist certainly owes something to Daft Punk (and seems to indicate as much in his track, “Discovery,” which comes complete with ridiculous arpeggios and digi-claps), he has yet to fully import the funk edge and cheesy sidesteps that make Daft Punk so transcendent (she said, prior to hearing the Tron soundtrack). My Bedroom Floor is uncut MDMA—but sometimes you need the occasional acid flashback to weird things up.

Ultimately, My Bedroom Floor is a recapitulation of Teen Daze’s production skills. It is a man resting comfortably in a world he knows. Let’s hope it is also a final deep breath accompanying a push against the starting blocks before taking off at a sprint. Teen Daze has not just the skill, but the genuine, endlessly famished love of music that marks most great musicians. In the end, it could propel him a long way, as long as he doesn’t let himself get too complacent. Teen Daze, hopefully, will not abide.