1. This Angry Silence
2. The Glittering Prizes
3. World of Pauline Lewis
4. A Family Affair
5. Silly Girl
6. Diary of a Young Man 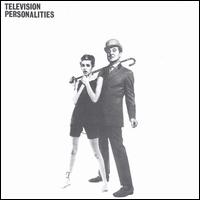 And Don't the Kids Just Love It

Tweet
Articles on cult classics such as Television Personalities' And Don't the Kids Just Love It often peter to a start with an introduction that froths on about how the world is an unjust, unholy place for not giving more recognition to said album and how some of everyone's favorite bands, nay, categories of music wouldn't exist without the influence of this underground masterwork, this musical zenith eclipsed by years of critical and commercial ignorance. Well, in a roundabout and unspecific way, that introduction has just been accomplished, and for more details, one can pick up the 2002 Fire Records reissue with its slip cover (so that the buyer gets more of some of the best album art ever) and its dandy liner notes that manage to be brief, entertaining and informative all at once.

Space enough has been wasted; the songs of And Don't the Kids need to be chatted up. On this album the Television Personalites fashioned a four-track document of ditties with very British charm, punk-spirited energy, and serious pop chops --- "chops" in no remotely technical sense, but with the connotation that somehow TVP, as a very young band, had mastered what makes pop music both infectious and affecting. Perhaps it was by virtue of their youth that they did so.

From the very first five seconds of quick downstrokes, the music warns of utter classicness about to ensue. 2 1/2 minute opener "This Angry Silence" establishes the album's lo-fi aesthetic, the simple, bass-driven arrangements, the echoing electric guitar flourishes that clang and surf and scurry through any mousehole of space to be found. Dan Treacy's often off-key vox shout and falsetto-warble their way through a couple cockney melodies, the bridge slows down with timpani-like booms, and then the tempo steadily accelerates to a galloping close under Treacy's barks of "This angry silence!" Reckless, adventurous pop raptures out the speakers.

As much as these songs catch the listener up with sloppy spunk, they're equally fetching thanks to their humor, and a fair portion of the album comes off like the soundtrack to a lost Wes Anderson comedy. With bird chirping and acoustic picking that might be an uber-mellow parody of The Madcap Laughs (1970), "I Know Where Syd Barrett Lives" is a song about, um, knowing where Syd Barrett lives. The final verse smiles: "He was very famous once upon a time / but no one cares even if he's alive (we do!) / But I know where he lives / and I visit him in a little hut / by the edge of the wood." Over a muted up-tempo jaunt that'd birth Bob Pollards, "Jackanory Stories" champions cynicism in a strangely pleasant fashion, Treacy drolly expressing his boredom with whatever tales people might fancy to tell. The amusement probably reaches its peak with "Parties in Chelsea" and its brightly jaded coda of "I've been to, uh-oh, all the parties in Chelsea / I've been to, uh-oh, all the parties in Chelsea." And "Geoffrey Ingram" is purely brilliant silliness, unfettered by modern notions of irony. If Art Brut owe a great deal of their inspiration to Blur's "Parklife," then "Parklife" owes a great deal to... yeah, it's like that, see.

Beneath chuckles and twinkling winks, though, the TVP are tender lads at heart. In "The Glittering Prizes" Treacy's never succeeded on the level that he would like, and this leads to the hushed bridge of "Pretty soon I'm gonna change / Pretty soon I'm gonna change / And you won't recognize me," which builds to a wistfully triumphant chorus. "A Family Affair" and "Diary of a Young Man" explore a down-tempo, moody blue terrain with distant guitar that reaches through a layer of reverb; Galaxie 500 fans take note. The album's emotional palette even includes bursts of red with "Silly Girl" and "Look Back in Anger," the bookend companion to "This Angry Silence." Exemplified by the manner in which the lilting intrumental reprise of "I Know Where Syd Barrett Lives" makes the same tune apt for the title of "The Crying Room," And Don't the Kids states the cohesion and unity of its sentiment.

If one were to make a question out of the album's title, an emphatic "yes" would surely be waiting on the lips. On dirty analog the Television Personalities found a way to capture a good sum of old youth's fun and yearning. They looked both back and forward, caught in transition between the whimsy/regrets of the past and hopes/doubts for the future. A fact that makes a lot of sense: Treacy wrote many of these songs at the age of 20. It's unlikely that any other album better captures the essence of that age than And Don't the Kids Just Love It.