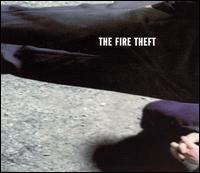 I only managed to catch one Sunny Day Real Estate concert in my 24 years. If memory serves, October 18, 2000, at the Birch Hill Nightclub in Old Bridge, New Jersey, one of the strangest rock venues in North America. During the day it's a low budget "country club" with batting cages, mini golf and bumper boats, and the parking lot consists entirely of grass. The venue itself is your typical seedy rock dive, but as a bonus it's connected to "Stingrays," a frightening nightclub that defines just about everything creepy about central New Jersey nightlife. If nothing else, a ticket to a Birch Hill show allows you to get $2.00 drafts at Stingrays when the music is over. The New York Mets crushed the St. Louis Cardinals to advance to the World Series that night, only to be defeated in 5 games by the evil empire that is the New York Fucking Yankees. I know this because I watched it on a television at the bar before Sunny Day came on. It was an evening of incredible music.

I'm probably the biggest New York Mets fan I know. Contrary to popular belief, fine musical taste and being a sports fanatic need not be mutually exclusive. So in theory, I would've watched the game at home with the phone off the hook, but I had no choice but to attend the Sunny Day Real Estate show. You see, Jeremy Enigk and co. made a record back in 1998 called How it Feels to Be Something On that to these ears falls only behind OK Computer, Urban Hymns, and Pinkerton as being the greatest album to spring from the latter half of the 1990's. With its warm, sweeping layers of sound, emotive vocals, and Far-East tinged melodies, it really sounds like nothing else from the era, and certainly nothing like the first two punkier Sunny Day records that preceded it prior to their "break-up" (don't feel like recounting the details right now). Ultimately, the record was good enough that nobody seemed to mind that the jagged edges and strange time signatures of their earlier efforts had mostly been worn away. So while their 2000 record, The Rising Tide, wasn't nearly as good, and at times bears an unfortunate resemblance to Presto-era Rush, I still had no choice but to see them when they came to town. From 1998 on, all Enigk related projects were going to be seriously prioritized in my mind.

So maybe it's telling that when The Fire Theft recently played a two-night stand at the Knitting Factory in New York City, I elected to watch baseball instead. I bought their self-titled record on the day it was released, without having heard any tracks or read any reviews, and while it's agreeable enough, it doesn't come close to capturing the majesty that was …Something On, and didn't exactly lead me to conclude that this was a band I needed to see live. If nothing else, the Red Sox won that night, giving all Yankee-haters a glimmer of false hope that would soon be cruelly extinguished in Game 7 of the American League Championships, otherwise known as the biggest sports cock tease of the past 30 years or so.

But getting back to The Fire Theft, I feel justified comparing them directly to Sunny Day Real Estate because Jeremy Enigk writes the tunes in both bands, and TFT features ¾ of the original Sunny Day lineup anyway (all except guitarist Dan Hoener, now writing children's books apparently). While The Rising Tide certainly felt like a prog-rock album, The Fire Theft takes the progressive leanings even further, crafting a record that probably has its closest kin in progressive dinosaurs Genesis, circa 1970. The Fire Theft is a better record than The Rising Tide, and likewise, early 70's Genesis is far better than the more recent incarnation, as Peter Gabriel was still the creative force, and it would still be a couple of years before Phil Collins would send them down the dirt road to soft-rock hell (any fans of solo Gabriel would really do well to seek out 1973's Selling England by the Pound as it rules). But like most 70's prog, The Fire Theft is rather overproduced, heaping on dramatic string arrangements, soaring air guitar solos, and pointless instrumental "segues" that actually have the opposite effect of making the record more difficult to listen to. I mean, c'mon: there's even a 4-minute backwards instrumental in the middle of the record called "Backwards Blues." Must have seemed like a cute idea at the time.

But all negativity aside, overproduction can't fault the fact that Jeremy Enigk is still a unique songwriter, and even if his lyrics read more like fortune cookies than usual, ("It's the simple things that are so hard to grasp/can't find myself in all the days that passed") The Fire Theft is hardly entirely without merit. Ignore unremarkable opener "Uncle Mountain" and skip to "Oceans Apart," which is rife with swelling crescendos and Enigk's soaring vocals, which remain strong nearly 10 years after Sunny Day Real Estate's debut. "Summertime" and "Houses" are both excellent Brian Wilson-inspired pop numbers that benefit from a more pared back approach. The latter is especially effective, finding Enigk in a wistful mood, singing about girls driving him crazy behind a music box melody that would've sat nicely on Return of the Frog Queen, Enigk's underrated (not to mention hard to find) 1996 solo album. The album's finest track however, and not coincidentally the one to sound most like a song from …Something On, is the seven minute closer "Sinatra," which the band manages to hit with all they've got. Enigk threatens to derail the denouement with some unfortunate lyrical flourishes ("I'm not American, I'm not European, I'm not Russian…I'm just me!") over a lone ringing guitar, but the impressive dynamics and melodic solos of the previous five minutes manage to carry the day. The powerful backing even makes Enigk's pronouncement that "there is no freedom in life/without freedom of mind" sound more triumphant than silly. The Rising Tide-sounding "Chain" is ok, too.

Unfortunately, the good bits of The Fire Theft tend to be weighed down by one too many unremarkable songs and questionable artistic decisions. Foremost among these would be the superfluous grunge instrumental "Rubber Bands" which serves minimal purpose other than to stop the record dead in its tracks. In sum, you're left with about 5 good songs that will probably be appreciated by Jeremy Enigk diehards and folks who are old enough to appreciate the image of Peter Gabriel dressed up like a flower in full face-paint. The Fire Theft is far from unlistenable, but Enigk's already set the bar so high for himself that one can't help feeling a little disappointed; especially considering the over three year wait for new material. But I'm not about to give up on Enigk just yet; there's "disappointing" and then there's a Richard Ashcroft solo record.